Kindle Unlimited Rumored to Launch in Brazil in Early 2015 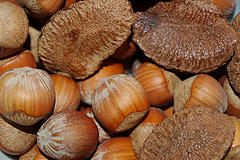 Amazon is expanding Kindle Unlimited in fits and starts, and a new rumor suggests that the next start will be in Brazil.

They go on to say that the projected launch date for KU in Brazil is early 2015, which I would be willing to bet is overly optimistic. Amazon missed several rumored launch dates before finally launching the Kindle Store in Brazil in December 2012, and I would expect that Kindle Unlimited will face similar issues.

Amazon isn’t talking about their plans for Kindle Unlimited, but my best guess is that Amazon will only launch KU in a market where they have managed to secure a minimum number of local titles. This could explain why Amazon launched KU in Spain and Italy a couple weeks ago, but not anywhere else in Europe, and why KU is available in the US and UK but not Canada, Australia, or NZ.

If and when Kindle Unlimited does launch in Brazil, it will face competition in the ebook subscription market from Scribd, which is available globally, and Nuvem de Livros, which is native to Brazil, has been operating there for several years now, and possibly has an even a larger subscriber base than KU, Scribd, or Oyster (no one is talking, so we don’t know).

According to one report, Amazon has 40% of the Brazilian retail ebook market, which accounted for under 10% of the total book market in that country. Amazon’s competitor’s in Brazil include local booksellers as well as iBooks, Kobo, and Google, .

Kindle Unlimited is currently available in the US and 4 countries in Europe. Subscribers pay $10/€10 per month to read as many ebooks as they like from a catalog of around 750,000 titles.

Whoops. Fixed it, thanks.

Txtr has a Brazil store?

We’ll be delighted if it has, but as best we can tell, Txtr’s Latin America reach is currently Argentina, Chile, Colombia, Mexico and Peru.

They also have an International store selling in euros, though not sure how far its customer reach extends.

As to KU in Brazil, outr guess is Amazon have also been negotiating with publishers in the other countries, but to no avail.

What it does show is how little confidence they have in us indies, that they won’t launch KU in Canada and Australia with just English-language self-published titles. As ever, we’re just there to bulk the numbers out.

BTW the reason Amazon hasn’t got KU in New Zealand is probably more to do with it not having a New Zealand store. 🙂

The NZ store is in Australia, which annoys some customers to no end.

And thanks for the correction about txtr in Brazil; I didn’t realize their coverage in that region was so selective.

[…] Kindle Unlimited: Brazil or Bust? (The Digital Reader) Amazon recently expanded its ebook subscription service to the UK, Spain and Italy. Rumor has it Amazon is now setting its sights on bringing Kindle Unlimited to Brazil early next year. Related: Subscription Ebook Leaders on What’s Next for the Model at DBW15 […]