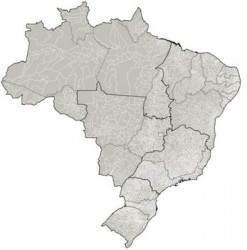 When it comes to ebook news Europe is on everyone’s mind. B&N has announced several retail partners in the UK and Amazon has expanded the Appstore to include 4 countries in Europe. But that’s not all the ebook news today.

Both Amazon and Kobo have plans to expand into Brazil, and today I learned that they’ve each taken a quiet step towards opening ebookstores there.

I’ve just read that Kobo has hired their first employee in Brazil. Her name is Camila Cabete (LinkedIn), and her new job is senior manager of relationships with publishers in Brazil. Google Translate probably mangled the job title, but it sounds like she is tasked with recruiting publishers into Kobo’s not yet opened local ebookstore. Camile was hired away from Xeriphe, a Brazilian ebook distributor. Her past experience makes her the ideal candidate for getting the Kobo ebookstore stocked with local titles.

On a related note, Amazon has a counterpart to Camila Cabete in Brazil, and he has much the same task. Mauro Widman  was hired back in January of this year as Amazon’s local Vendor Relations Manager. They hired him away from Livraria Cultura, where he’d spent 18 months building an ebook platform for the media retailer.

And in other news, Amazon has reportedly wrested control of the amazon.com.br from the local firm who had been using it for the past decade. Amazon Corporation is a Brazilian IT services provider and they’d been using the address for the usual reasons.

But I wouldn’t read too much into the transfer; I’m not sure it has happened yet. While the address is being reported as now being transferred elsewhere, I don’t see the transfer nor did the address show a new admin contact when I ran a whois check. In any case, Amazon still has time to follow through on the transfer; there are reports now that Amazon won’t open their retail operation in Brazil until next year.

Past rumors had suggested that Amazon would launch next month (or June/July), but apparently Amazon hasn’t leased or built a distribution center yet. In this case it looks like the Reuters rumor was correct; Amazon might be planning a digital only launch similar to the recent Kindle Store launch in India. If true then we might see a local Kindle Store launch in either September or October.

Kobo is also supposed to launch in Brazil this fall, but now it looks like Kobo VP was either misquoted or overly optimistic. If Kobo has just now hired their first employee in the country then I seriously doubt they’ll be ready to launch any time soon.

Rakuten already has an online store in Brazil, so probably Kobo should not find it that difficult to get going.

Not sure if the site sells anything of a digital nature though.

When the Indian Kindle Store was launched I expressed a hope that it wasn’t a template for future international Kindle Stores in more challenging markets.

The probs with the Indian store are that it’s essentially a Kindle Store-lite – no domain (it’s just a storefront on the US site, no Indian Best Seller lists (or other lists, making visibility a challenge for local authors/publishers), no sales broken out in KDP reports (making it difficult to measure performance/track marketing attempts), and, the big one for self-publishers, only 35% royalties no matter what price you set your book at.

I do hope that all the above is only a stepping stone to a Kindle Store proper (presumably after a real physical site is launched). I also hope that if they go down this road with the Brazilian store, that the same holds true.