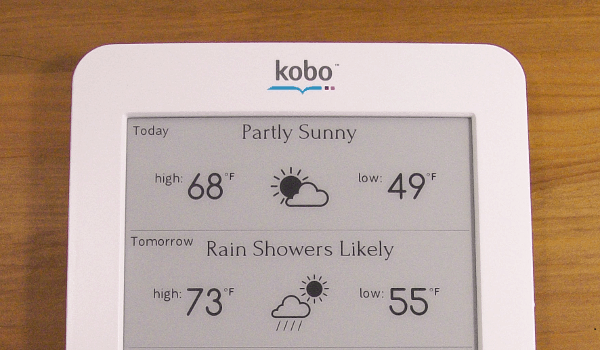 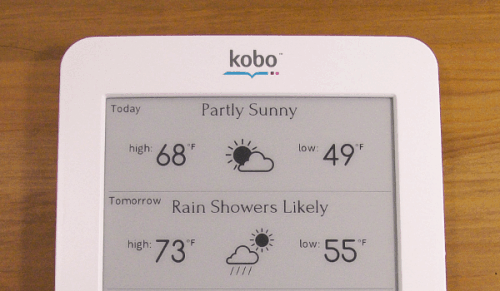 About a month ago I showed you a clever little project where one hacker had taken the new black K4 and turned it into a weather station. That project inspired one Kobo Wifi owner to do the same with his old ereader.

The Kobo Wifi was first unveiled in 2010, but it is based on a design which was first used in 2006, making it arguably the single longest running design on the market.

But never mind the history; here’s a new gadget to play with. KevinShort posted the photo at right over on MobileRead. He had recently figured out how to draw content on the screen of the Kobo Wifi, and to prove that it worked he developed this project. 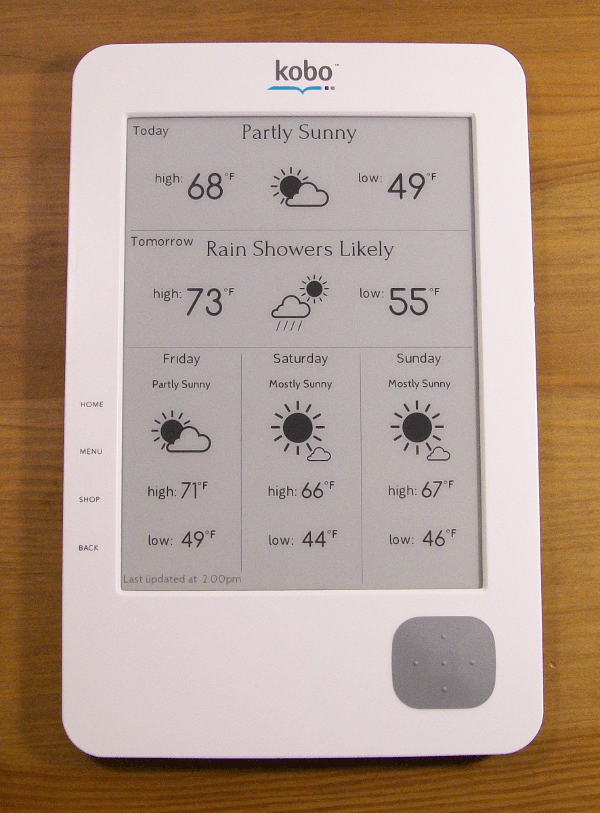 He’s posted the instructions over on MobileRead, and you can download the necessary code from Kevin’s Google Drive.

This project looks to be a lot easier that the Kindle Weather Station. That one required getting data from a server, while this one only requires installing a couple update files. You’ll also need at least some knowledge of the command line so you can configure it, but after that the Kobo Wifi should run on its own. 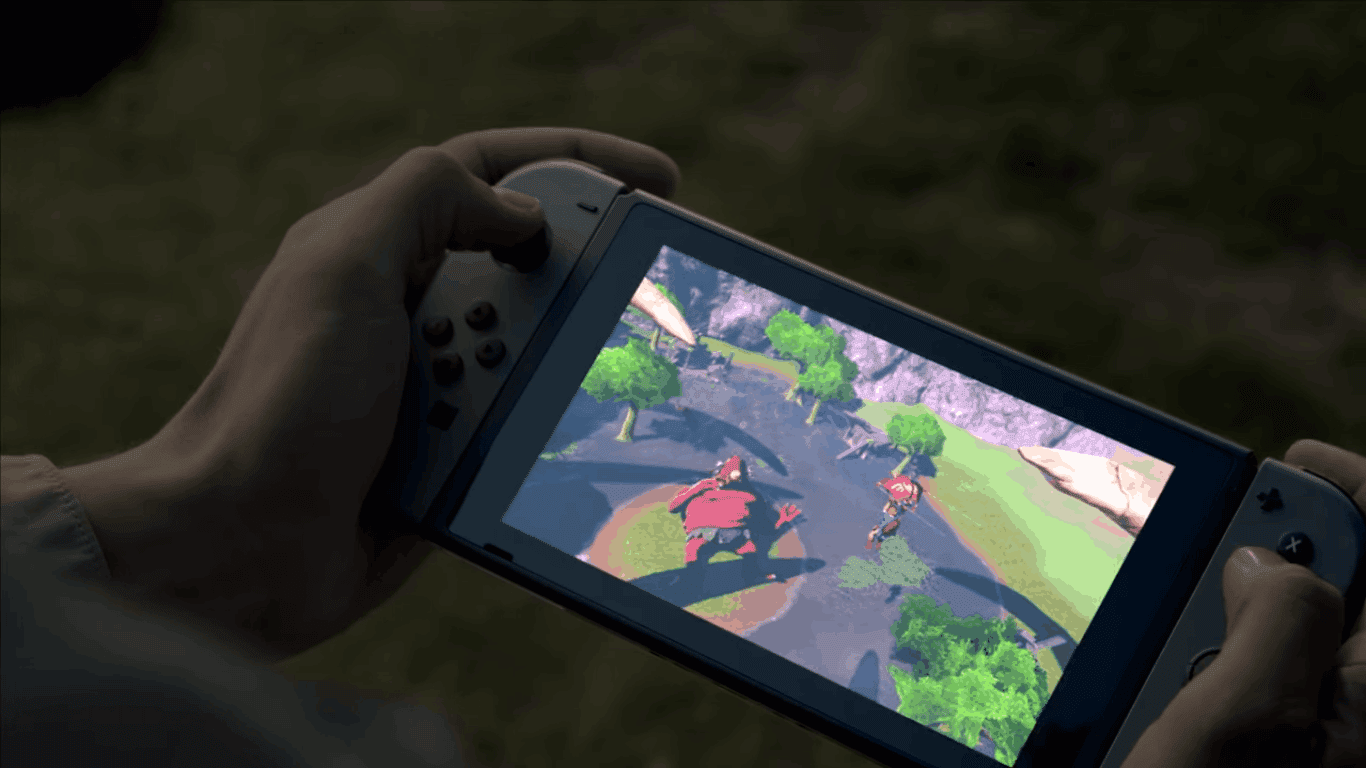 Nintendo’s Next Game Console is Also a Hybrid Tablet – But Can You Read on It?

Neat!
Looks like these ereaders can be picked up on eBay for approx. $30 – 50 dollars used.

[…] But if you don't want to do things the hard way, you could always start with an ereader and modify its software. I know of a couple projects which have turned a Kobo Wifi and a Kindle into displays for weather stations. […]