Hot on the heels of a new rumor about the Amazon smartphone’s features comes a new leak of a set of photos showing that the phone really does have 6 cameras.

Boy Genius Report got their hands on photos of what they say is an early prototype of the Amazon smartphone.  It’s wrapped in a plastic shell which disguises a lot of its details, but what little we can see has caused my heart to skip a beat:

As you can see, there are 4 cameras in the 4 corners. If you look closely you’ll also see an addition camera above the screen, and there is reportedly a 13MP camera on the rear of the phone.

BGR has been a reliable source of leaked Amazon hardware ever since the Kindle 2 first appeared in late 2008, and they have outdone themselves this time. While we still don’t have complete specs, BGR can report that the 4 "cameras" in the corners are low-power IR cameras.

The phone is going to be running a modified version of Android on a SnapDragon CPU with 2GB RAM. The screen will reportedly measure 4.7″ with a 720p resolution.

And yes, there will be some 3D effects:

The device’s extra cameras are used to track the position of the user’s face and eyes in relation to the phone’s display. This allows Amazon’s software to make constant adjustments to the positioning of on-screen elements, altering the perspective of visuals on the screen.

The result is a 3D experience without the need for 3D glasses or a parallax barrier in front the LCD panel like the solutions used by the Nintendo 3DS portable video game console and HTC’s EVO 3D smartphone from 2011.

It’s going to be used as widely as possible, in everything from the lock screen to the wallpapers and app icons. Amazon is also reportedly going to use the feature to show off 3D  renders in Amazon’s content stores. By shifting the position of the phone, users are able to see three-dimensional product images at different angles to reveal surfaces that cannot be seen in regular photos.

Amazon is also reportedly working hard to recruit outside developers so they can have key third-party apps available at the phone’s launch which take advantage of the phone’s 3D interface. The launch is expected to happen in June, with the phone to ship later. We’re also now hearing that Amazon will release a budget model later this year.

So it turns out that Amazon’s phone does have 6 cameras, and it does have at least some of the features which have been mentioned in past rumors. I am equal parts embarrassed, surprised, and intrigued.

While I am somewhat embarrassed to have gotten this one wrong, my research has shown that the rumored features (gesture tracking, eye tracking, parallax 3D) don’t require the additional 4 cameras. That has left me intrigued; I am deeply interested in finding out what Amazon is doing that no one else is doing.

Amazon would not have added the extra 4 cameras if they weren’t enabling absolutely awesome features, and I can’t wait to find out more.

I have never bought a smartphone (a flip phone has served me adequately), but I think the rumors about the Amazon smartphone are going to make me break that trend. 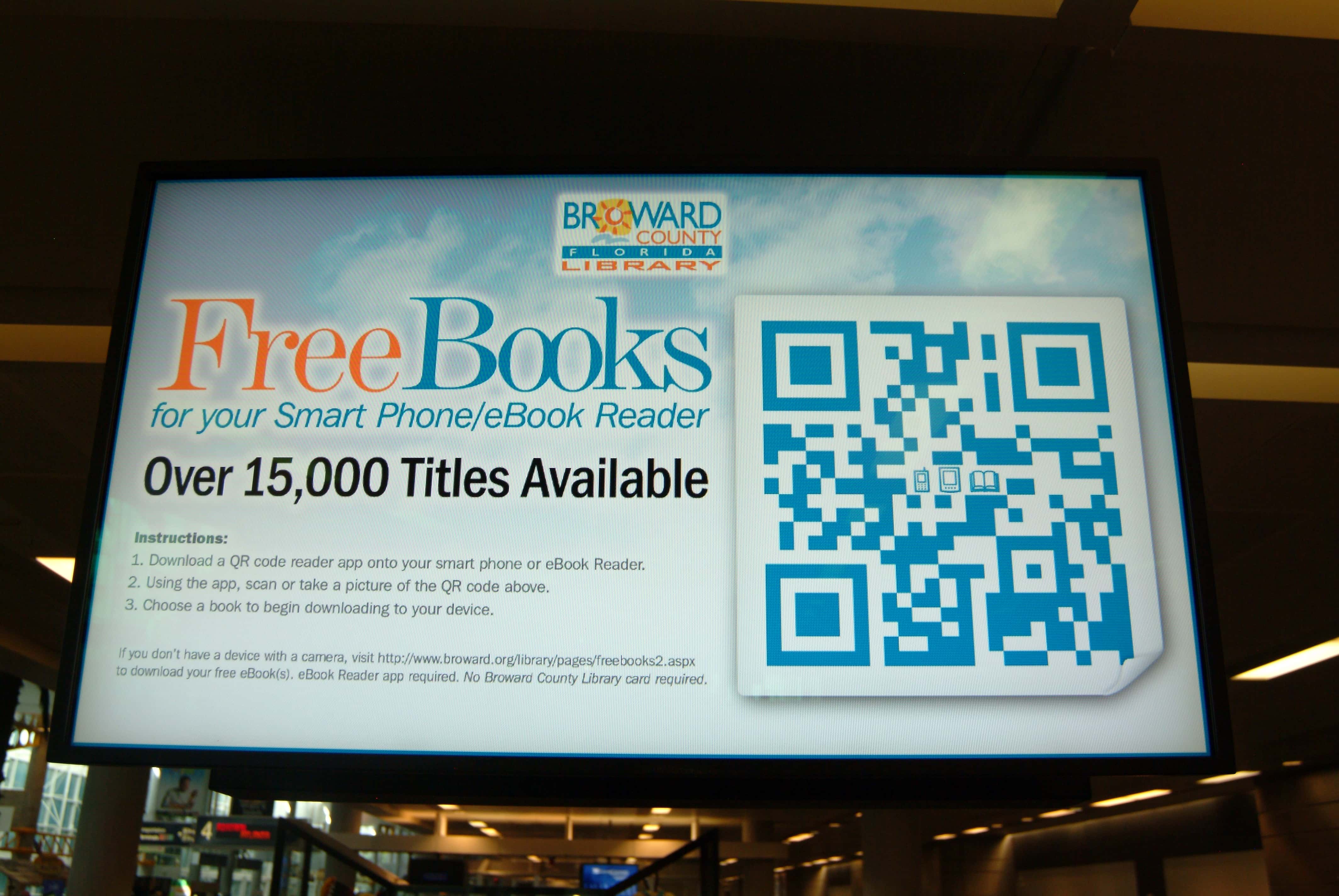 What happened to the Kno?

Perhaps the four of them are just for additional redundancy and fine detail? They were cheap enough that it wouldn’t have cost appreciably more to throw in four than two, and this makes sure that it’s equally covered no matter which way the customer tilts the phone or which direction they point up?

I think you’re on the right track there with redundancy. And apart from tilt, simply interacting with a two-handed game on the phone could lead to one or several camera views being obscured, but with a camera in every corner, plus the typical centered one, there’ll likely always be at least one that can see the user’s eyes.

I wonder if the 3D stuff will be added to a tablet.

I’m not sure anyone will want them:
https://the-digital-reader.com/2013/01/26/open-question-whatever-happened-to-3d-tablets/

I still don’t believe this story.

I have trouble believing it as well – even with the photos.

"Amazon would not have added the extra 4 cameras if they weren’t enabling absolutely awesome features, and I can’t wait to find out more."

Amazon spent a whole lot of time building the infrastructure for Silk, and that bombed magnificently.

Doesn’t the work on Silk compliment Amazon’s other web work like AWS and steaming video? If so, Silk has still proven useful – or at least not as big of a failure as it appears.

And it’s not that bad of a web browser, in spite of what everyone says.

The issue with Silk is that it performs quantitatively worse than nearly every other mobile browser. This is contrary to the entire stated purpose of the browser, which was to give up your personal information to Amazon in exchange for faster speeds via compressing through Amazon’s servers. It means that in practice all it does is give Amazon a look at everything you browse through with no appreciable benefit.

I’m not sure about AWS, but the tech in use wouldn’t have much utility for Amazon’s video offerings. Amazon already controls those servers and the apps to which they stream, so there’s nothing stopping them from compressing the videos already (as is fairly common, in the same way Netflix delivers 1080 video at less than a gigabyte per hour despite the files being far larger). The "innovation" in Silk was to send all traffic, including those from data clusters not associated with Amazon, through compression to increase render speed.

Okay, Silk is terrible, but I’m not sure that’s relevant to the phone. Did Amazon ever say it would be more amazing than other mobile browsers?

Repeatedly; they even made an Apple-esque video about how awesome it was going to be:

I’m not saying that their plans for this six-camera’d-3D-interface phone are necessarily going to flop, I just remember how poorly the last time Amazon tried their hand at hardware innovation went. Amazon’s team has talents – but innovation isn’t one of them. They’re a company of loss-leading followers that are superb at marketing.

LOL Yep, that is a video which is full of itself.

And yes, Amazon has always been a follower in terms of hardware. They followed Sony into E-ink ereaders, everyone into tablets, and Roku into set top boxes.

That is a good summary of why we all expected Amazon to to release a solid but unremarkable budget smartphone, not this 6 camera craziness.

" a company of loss-leading followers"

And do you know what that makes Amazon? A knockoff budget version of Apple. hehehe

You know, I just realized that Amazon’s smartphone fits with their past pattern of following innovators.

Over the past few days I have discussed the features rumored to ship in the smartphone, and I have shown that all of the features have been done before – eye tracking, gesture recognition, parallax 3D, all of it is being used in one current device or another.

The only innovative feature are the extra 4 cameras, which could be the slight improvement needed to make the features work well.

This sounds good, but there’s been a lot of research to show that 10-12% of the population can’t see 3D effects without feeling ill. So it might turn out to just be a gimmick (a clever one at that).

I have a 3D tv, and a bunch of 3D movies, but I haven’t watched any of them yet.

[…] Amazon Smartphone Looking at You (The Digital Reader) The new smartphone from Amazon is rumored to have six cameras, for when you need to take many, many selfies. […]

There is a simple reason for using 4 cheap cameras, one on each edge of the phone: You can hold it almost any way without covering all of them at once.

[…] Report is back again today with new info from their source inside Amazon. They don’t have any new photos, but they do have a better description of how the smartphone will […]

[…] concerning the Amazon smartphone was first reported by TechCrunch a few weeks ago and then expanded upon by BGR. According to their sources, Amazon will be using the 4 IR cameras to let users rotate the phone […]