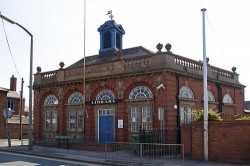 Macmillan has long been on one the major publishers who has completely refused to sell ebooks to libraries but it looks like that might have changed. News is breaking today that the publisher is working on some type of pilot program which will finally bring Macmillan ebooks to US public libraries.

Details are vague, but that will not stop many from reading too much into it and getting their hopes up. PW reported that Macmillan reps have confirmed the existence of the pilot but didn’t disclose any other details. “We have been working hard to develop an ebook lending model that works for all parties, as we value the libraries and the role they play in the reading community,” reads a statement provided to PW. “We are currently finalizing the details of our pilot program and will be announcing it when we are ready, and not in reaction to a demand.”

While I won’t read too much into this bit of news, it is still a good sign. Well, it would be more accurate to say that in the case of Macmillan any movement that doesn’t include actually firebombing libraries is a good sign.

Clearly Macmillan is following in Penguin’s footsteps in at lest dabbling in the library ebook market. Penguin started a pilot program with the NYCPL back in June of this year. Of course, like Penguin’s pilot the upcoming Macmillan program will likely also be a sucky deal for libraries.

Penguin’s pilot involve the 3M Cloud Library selling library ebooks on a 1 year expiring license, which is their own unique way of jacking up the price. It’s a pity they are not more open about their price gouging; at least Hachette and Random House were more direct when they doubled and tripled the prices for library ebooks.

Ranting aside, there is another alternative for libraries. They could always buy ereaders and ebooks on the consumer market and led those out to patrons. Of course, this gets into the issue of accessibility, which some libraries like the Sacramento Public Library found out the hard way.

And so the library ebook stumbles on for one more day.