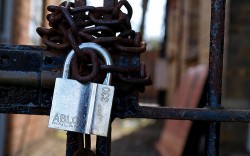 Pan Macmillan Australia, a sister company to Macmillan Publishers (US) announced this morning that their new digital only  imprint, Momentum Books, would soon start releasing ebooks minus encumbering DRM.

Momentum is the first imprint of a major Australian publisher to drop DRM and will be following in the footsteps of another Macmillan publisher, Tor-Forge Books, who announced in late April 2012 that it planned to remove DRM from ebooks it currently sells in the Kindle, Nook, and other ebookstores.

The justification behind the Tor-Forge decision followed much the same reasoning as the Momentum decision. "The problem is that DRM restricts users from legitimate copying – such as between different e-reading devices," said Joel Naoum, Momentum’s publisher. "We feel strongly that Momentum’s goal is to make books as accessible as possible. Dropping these restrictions is in line with that goal."

Momentum was launched in early 2012 to publish both new titles as well as backlist titles which weren’t available digitally. They’ve released over 40 ebooks across multiple genres, including SF, fantasy, humor, and autobiographies. This imprint was also an experiment in new business models. They don’t pay advances, but they reportedly offer a higher royalty rate. And while this is primarily a digital-only imprint, most of the titles are available via print on demand.

The DRM is expected to be off the ebooks by August 2012. You can find ebooks from momentum in ebookstores around the world, including iBooks, Google Play, Kobo, and more.

It should be emphasized they sell their eBooks worldwide. No regional rights BS.