Spain’s book market is reportedly in terrible straits, but you wouldn’t be able to tell that from visiting of la Casqueria.

This is a used book store that has hit upon a novel way to sell books. Rather than price each copy based on market rate, condition, and demand, la Casqueria instead sells books by the kilo. The price is €10  per kilogram, and that includes all the books on hand.

This bookseller organically caught my eye because I thought they were using a gimmick to sell their books, but there turns out to be to it than that. This is a new exploration into how a book is valued. La Casqueria is choosing to sell books by weight because they see it as a good approximation of the cost to produce the physical book itself.

As for the content contained in the books, they’re choosing not to assign a value to the art involved. Instead they’re treating the work as priceless. It doesn’t matter if the work is by Steinbeck, Capote, Tolstoy, or Corín Tellado, all is valued equally in the eyes of the bookseller. I’m still trying to wrap my mind around the idea (Google Translate tends to mangle philosophical concepts), but I think they’re saying that the value of the art is  imbued by the reader/buyer, and that any monetary value attached to a copy of a book is merely an artificial construct.

It’s a novel idea, and I wonder if perhaps they’re influenced by the digital world. There is a truism that the first copy of digital content costs a lot to produce but  the Nth copy costs almost nothing – little more than the electrons involved. If you apply that same idea to paper books, then you’d get a bookstore like la Casqueria. They’re selling the Nth copy of a paper book for by using its weight to estimate how much it cost to produce.

I don’t think this would work for a regular bookseller or a publisher, but when you consider the vast amount of new books  that are pulped and remaindered rather than sold, I’m not sure this approach is worse.

You can find la Casqueria in the San Fernando Market in Madrid on weekdays and Saturday morning. 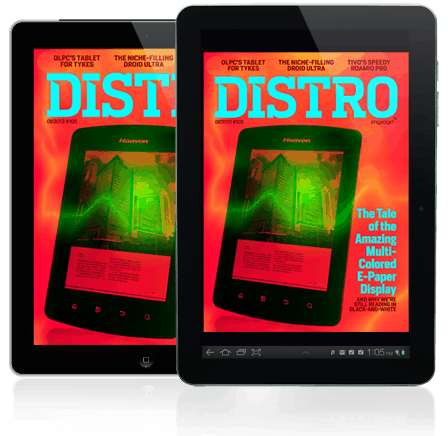 It’s 2013. Why Do Some Magazine News Apps Still Suck So Bad?

This was already happening with some remaindered new books in Europe when my partner and I travelled there in 1984. I don’t remember the country (Spain again, perhaps?) but I seem to remember the books were identified by coloured stickers, with each colour representing a different price per kilo. It was an established shop, possibly part of a chain, not just a market stall.

Hey! Thanks for your article! This time google translate did a good job and the philosophical background of our project is clearly explained. It gives us an enormous pleasure to see that this way of approaching the distribution of culture catchs on the people. We hope to see you back in the Mercado de san Fernando! Salud!