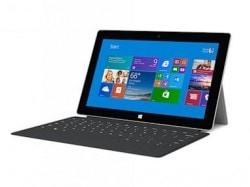 huge company, Microsoft makes a lot of mistakes. It’s almost inevitable, given their many activities.

Sometimes, as in the case of the Kin phone, Microsoft realizes their mistake fairly quickly and cancels the product. But that doesn’t always happen; sometimes there are products like Windows RT tablets, when Microsoft not only doesn’t realize their mistake but instead decides to repeat the mistake over and over again.

Take the news today, for example. A new tablet from Microsoft cleared the FCC this week, and it is widely believed to be a new Surface tablet with LTE connectivity. Microsoft had announced last Fall that they were planning to release a Surface 2 tablet with LTE, and in the absence of any other product rumors it’s pretty likely that we’re looking at the Surface 2.

If you look at the specs, you might be fooled into thinking that this isn’t a bad tablet for the price. It’s not a great value, but it has a reasonably powerful CPU, and it does run Windows, right?

Well, not exactly. The thing is, the Surface 2 runs Windows RT, which is probably the worst choice for a tablet OS at the moment. Do you want to know how I can tell it’s a bad choice for an OS?

So far as I can tell, no other tablet maker besides Microsoft has a tablet running Windows RT.

Sure, there are any number of tablets running Windows 8, but at this point Microsoft appears to be the only tablet maker who has a Windows RT tablet on the market. Everyone else seems to have either discontinued an RT tablet, avoided a wide release, or never made one at all.

Dell, for example, released the XPS 10 tablet last year, and then cancelled it in September 2013. Samsung had the ATIV Tab, which was only released in the UK but not the US or anywhere else. And then there’s Asus, which discontinued the VivoTab RT, citing poor sales.

I could go on, but I think we can see the pattern. (It’s almost as if MS held a gun to their heads and forced the tablet makers to use Windows RT at least once.) Other than Microsoft, no one is making a Windows RT tablet for the simple reason that consumers don’t want to buy one. And now that I own one myself, I can completely understand why.

Microsoft’s $449 second-gen Windows RT tablet is competing against $300 and $400 Windows 8 tablets that not only run the same apps as on the Surface and cost less, they can also run apps which can’t run on Windows RT.

The RT in Windows RT stands for Reduced Technology (it does not mean Really Terrible), which means that users are reduced to only using the tech which Microsoft allows. In this case, users can only install apps which were developed specifically for Windows RT – and not any earlier version of Windows.

Windows 8, on the other hand, doesn’t have this limitation. You can install Windows 7 apps if you like.

With that in mind, is it any surprise that consumers are choosing to buy a Windows 8 tablet (or an Android tablet) and not a tablet running Windows RT?

I don’t think so, but apparently MS thinks they will. How much do you want to bet they’re wrong?

P.S. MS has a pattern of bullying their major partners into supporting every single one of Microsoft’s bad ideas. Remember the many all-in-one desktop PCs released in 2012 and early 2013, or the UMPC? Those were a few of Microsoft’s earlier brilliant ideas; how well did they work out? 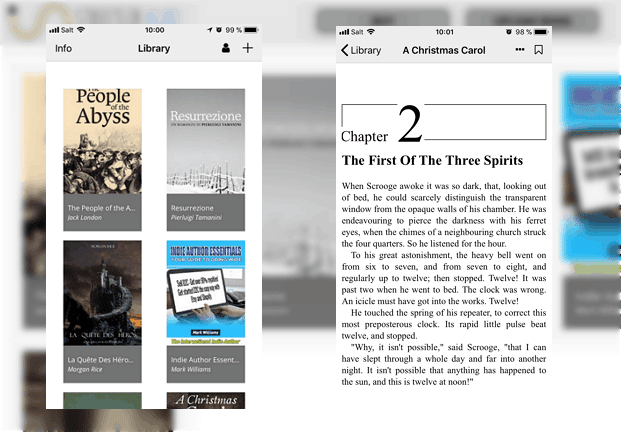 StreetLib Releases eBook App for iOS, Android, and the Web

Nate, I’m not playing the jerk here but, just recently you said,

"I have had my Surface RT tablet for just one week, and I can already tell you that this is the single best tablet I have ever had."

When you said that… I was much surprised. I wondered if perhaps I missed the point of your article and you were being intentionally absurd.

Today you say, "Other than Microsoft, no one is making a Windows RT tablet for the simple reason that consumers don’t want to buy one. And now that I own one myself, I can completely understand why."

Again, I am probably misreading you. Can you clairfy your position on RT?

That previous post was satire. Hence the focus on the kickstand.

Bravo! I had considered the possibility, but you pulled it of so dryly I was taken in. It would have made for an excellent April 1st blog. (And I had also considered the fact that Mico$oft got to you 🙂 )

Well, that earlier post was marked as humor. I thought that, plus the focus, would be enough to convey the joke.

You fooled me with the previous post until you started waxing lyrically about the kickstand.

(You know, it would be nice if the captcha program allowed zero as a response)

I have a couple of friends who’ve picked up the fire sale priced Surface Pro and they both rant and rave about how awesome a Windows ultrabook it is. (With the sole complaint that they have to use Windows 8 with it, but one can’t have everything.)

The RT tablets…you don’t get the wide selection of apps you do with Android or iOS, and you can’t run "real" Windows apps either, so what’s the point?

And They cost more than Windows 8 tablets; that’s pretty much why no one is making these tablets.

At one point many people wondered if MS planned to use Windows RT on some type of ebook reader or other limited function device (mp3 player?), but it never materialized. At this point no one really understands why Windows RT is still around.

However, at $450 for something I can’t use for legacy windows programs? No thanks.

I mean, you can apparently hack them to run old school software, but it’s difficult (from what I hear).

I will say this, however: the hardware is actually really solid. It’s a well-made tablet–just running a horrible OS. (Win 8 is fine, RT, is, well, really terrible.)

Whats the point in an OS that can’t even load basic apps such as printer drivers?