have been circulating for the past month or so that Google objected to Asus making devices that ran both Windows and Android, but it looks like they may have been off base.

The WSJ is reporting this morning that it wasn’t just Google that objected to the idea, but also Microsoft. The WSJ got their hands on an internal Asus memo which laid out Microsoft’s new policy:

Microsoft has its own reasons for not wanting to share space on computers with Google, particularly on business-oriented desktop and laptop PCs that could give the Internet giant an entry point into a Microsoft stronghold.

Besides the new convertible device, Asustek will stop selling the dual-OS Asus Transformer AiO P1801 and P1802 all-in-one PCs launched last year due to Microsoft’s "new policy" of not supporting dual OS products, according to an internal Asustek memo circulated to some employees and obtained by The Wall Street Journal. 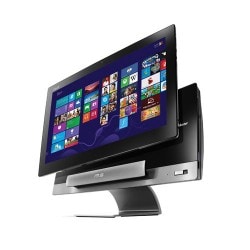 (The WSJ also repeated the Digitimes rumor about Google objecting to the dual-boot devices, but until I get confirmation I will regard it as a Digitimes rumor.)

Now this makes a lot more sense than the rumor about Google. It might not be good for consumers, but it’s obvious why Microsoft might not want to see Google get a toehold in consumer laptops and desktops. Sure, Android isn’t terribly functional as a desktop OS, but a lot of desktop PCs can double as tablets, and Android is a serious threat to Windows 8 in that regard.

So do you suppose that Microsoft’s new policy would extend to smartphones as well?

This would be bad news for Huawei, which has committed to releasing dual-boot smartphones in the US and other markets in 2014, but they probably have no reason to worry. 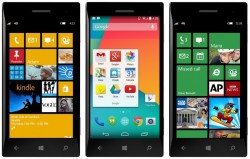 For one thing, Microsoft has already signed off on the idea. Karbonn announced only a couple weeks ago that they are going to release a dual-boot smartphone in India, and that would not have happened without Microsoft’s explicit support.

Also, Microsoft is only a bit-player in the smartphone OS market, so they probably want to get Windows Phone on as many devices as possible – even dual-boot smartphones.

Leaked! New Kindle Oasis has a 7″ Screen, is Waterproof

I was considering buying a dual boot laptop/tablet but now that I don’t need to consider that option things are much easier. Hello Android! Thanks for helping me decide Microsoft.

>The WSJ also repeated the Digitimes rumor about Google objecting to the dual-boot devices, but until I get confirmation I will regard it as a Digitimes rumor.

WSJ cites "people familiar with the situation" as evidence for BOTH Google and Microsoft pressuring Asus to quit what it was doing. At no point does it refer to Digitimes in its claim that Google coerced Asus into dropping the Duet. The only shout-out to DT is for them reporting that the Duet being suspended.

It’s a bit odd that you automatically believe that WSJ’s "people familiar with the situation" re: Google = DT. That’s the only reasonable conclusion I can come to concerning your assumptions because if they were someone independent of DT, you would have your desired confirmation. Unless you don’t believe that WSJ’s "people" are reliable re: Google on the first place… in which case, why do you assume they have better sources for Microsoft?

The WSJ refers to a memo which mentions Microsoft’s objections, but they don’t have similar info for Google. Why didn’t that memo mention Google?

Also, the information about Google isn’t specific enough for me to believe that WSJ is doing anything more than repeating gossip. Their source on the Google info isn’t even mentioned as working at Asus, much less having first hand knowledge.

Also, the Digitimes rumor circulated twice without confirmation that Google’s objection actually existed (not that I could find). This does not rise above the level of rumor.