It slipped my attention at the time, but Moon+ Reader added a number of useful PDF features a few weeks back. The paid version of this app ($2.49 in Google Play) now enables readers to annnotate the PDFs they read on their Android smartphone or tablet.

According to the change log, the app now supports "free text, ink, line, arrow, rectangle, ellipse, highlight, note", but that’s not quite what I found when I tried the app.  I’ve been testing my copy of the paid app and I have noted that the new options include highlighting, underlining, and striking through the text; I have also attached a text note.

I’m not sure whether my HTC smartphone lacks certain features or whether I just haven’t found them yet, but I can say that the abilities I have found are quite useful. And here’s where things get fun: the color used for the highlight/underline/strikethrough can be changed to any of 1.67 million shades, or about 1.67 million more shades than the highlight options offered by the big-name reading apps. 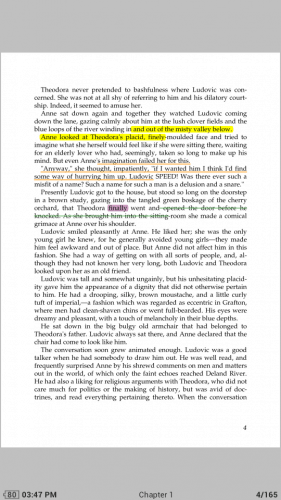 The changelog also mentions that the PDF thumbnail function, which lets you see the pages of a PDF as thumbnail sized images, is now faster and smoother. There’s also a new tilt-turn page turn option for those whose thumbs are busy (it happens). Other updates include improvements to the book import procedure and a tweaking of the highlight renderer for Epub and other reflowable ebook formats. I haven’t used Moon+Reader’s annotation options enough to see the difference, but I’m sure it’s there.

This app last crossed my desk back in August when I reported on a previous update which added support for Epub3 video. At the time I noted that it appeared to support right to left languages, but I lack the language skills to confirm this.

Update: The RtL support is incomplete. I’ve been told by a commenter that the page turn rendering doesn’t go in the correct direction. 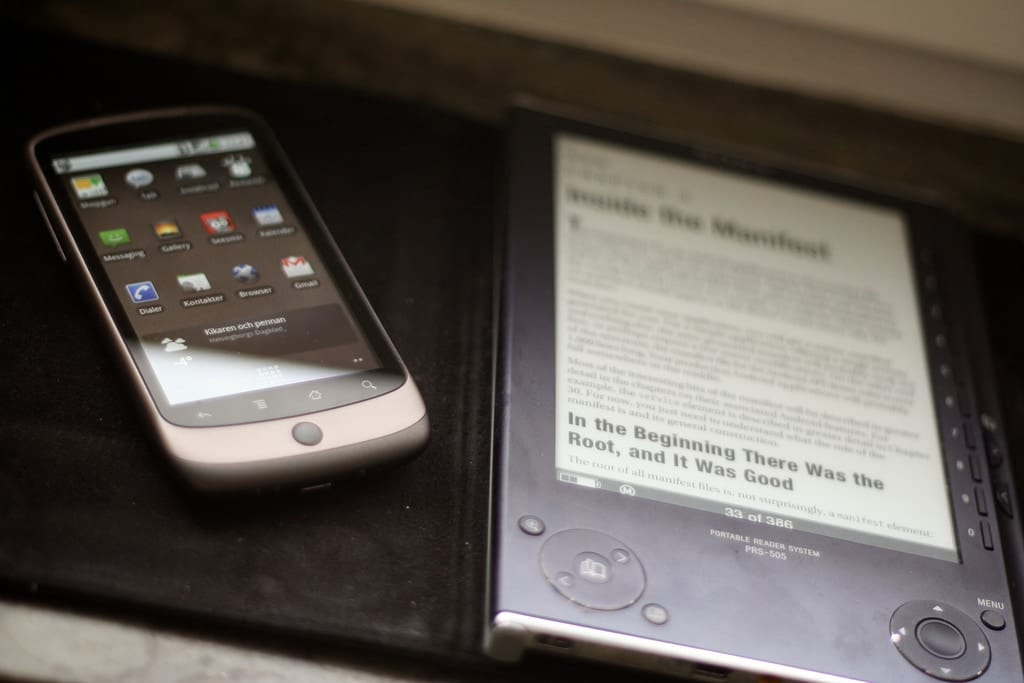 The Publishing Industry Thinks Facebook and Netflix Are Doomed

As a Hebrew epub3 ebook store focusing on esingles, which we launched today, I just checked the latest version of Moon reader, and no it does not support right to left books. The fonts have been supported for a while back, but in Hebrew one also needs to flip the pages in the correct direction and that is not supported.

We would be happy to try out and recommend to our readers any app the fully supports epub3.

Tell me, would it be possible to turn off the page turn simulation and then pretend it’s going in the correct direction?

I tried having the page flip off with no success.
the only way was to change the controls, but that is not handy if one reads books in both RTL and LTR.

There are other apps out there that do support the RTL paging including Kobo, Helicon, Gitden to name a few, and even mobi when you convert the epub3 knows how to handle it.

Hi Nate,
Another thing regarding Hebrew – Moon+Reader Pro tends to break the text, and as a result the rest of the text dissappears.
I wrote them, but got no answer.

I suffer from low vision and have recently installed the Moon plus reader to read aloud e pub formatted newspapers using IVONA tts HQ app on my Galaxy S5. A major requirement is that whilst reading I need to skip some articles completely and others cut short. Will this app provide me with this type of control whilst retaining tts and if so can you suggests the optimum settings to achieve this mode?
Kind regards, Emyr

I used to be able to type notes on my PDF but now it just comes up as little squares where the text should be. Has anyone had the problem since the update. Any help or feedback would be appreciated

That sounds like a language conflict. The app thinks you’re typing in a language which it can’t display.

Look in the settings menu and see if there’s something set wrong. I don’t have the app in front of me so I can’t offer anything more specific, sorry.