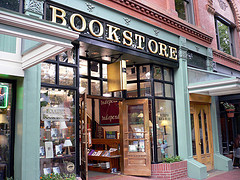 The French media conglomerate Lagardère released their financial docs today, and it looks like ebooks are about to become the tail that wags the dog.

Business was generally good for Lagardère, but the ebook biz has been fantastic. Hachette reported that ebooks were now 20% of sales in the US and 8% of sales in the UK. That’s double the figures for the first half of last year.

But the more important news is that ebooks are now 5% of net sales for the entire Lagardère Publishing division. That includes all the markets they serve. Impressive, no? On the other hand, it gets slightly less so when you factor in that the income for  Lagardère Publishing dropped by over 7% compared to last year.

In comparison, Penguin’s most recent numbers peg ebooks at 14% of revenue, while Simon & Schuster have reported 15%.

Kobo Mini Finally in Stock at Best Buy (US)

[…] new numbers from S&S are in line with their major competitors, with Hachette reported ebook sales having tripled to around 20%, Wiley reported that ebook sales nearly tripled last quarter, and Penguin reporting a doubling in […]

[…] shouldn’t be a surprise. Our last report from Lagardere indicated that ebooks accounted for 20% of Hachette’s revenue in the first half of this year. Today’s news is still a sizable increase, yes, but not an […]