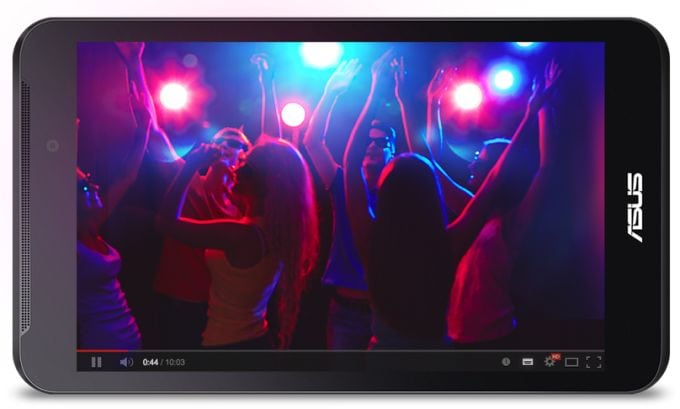 When Asus debuted the Fonepad last Spring they took a solid mid-level 7″ Android tablet and turned it into a phone. And with the new model which leaked today, Asus went distinctly down-market with a weaker CPU, lower resolution cameras, and a lower resolution screen.

The new Asus FonePad 7 (FE170CG) popped up on an Asus website recently, and while we don’t have any details on the price or release date the leaked specs tell us that Asus took the equivalent of a $99 7″ tablet and turned it into a phone.

The FE170CG runs Android 4.3 on a dual-core 1.2GHz Intel Atom Z2520 with 1GB RAM, 4GB internal storage, and a microSD card slot. It has a 2MP rear camera, a VGA front camera, Wifi, Bluetooth, GPS, and support for HSPA+ networks.

Weighing in at 10.2 oz, the specs say it has a 10 hour battery life. It will also obviously have a front-facing speaker. Screen resolution is 1024 x 600, which would be okay if not for the high probability that it will be a mediocre quality screen.

All in all, this phablet is about what I am expecting to see in $99 Android tablets this year. With that in mind would anyone care to guess the price?

The previous models (I found at least 3) are going for $200 to $400, and since this one has a cheaper screen and weaker CPU I’m thinking a retail of $199 is not out of the question.