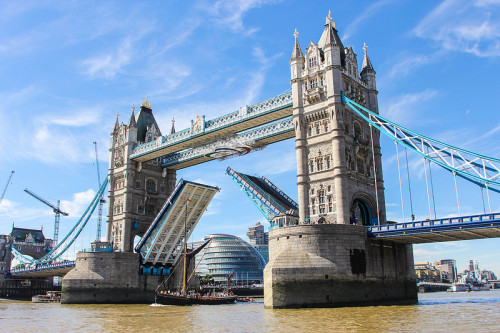 The UK Publishers Association revealed today that growth in ebook sales in the UK market outpaced the US market in the first part of 2014.

According to the Digital Sales Monitor April 2014, digital sales (including both ebooks and audiobooks) reached £132.5 million in the January-April period, up 10.5% from £119.9 million in the same period in 2013. The PA reports that digital sales represented 16% of total book sales, or about four times what they were 5 years ago.

Audiobook sales increased 22% to £2.6 million, while consumer ebook sales increased by 10% from £71.3 million to £78.6 million. Breaking that 10% down, the children’s/YA segment grew by 33% while digital sales of fiction increased 8%, with a 10% rise in sales of adult non-fiction. Sales of academic and professional ebooks rose 7.5% to £17.6 million, while online subscriptions (a segment not usually reported by the AAP) saw a sharp rise of 17% to £30 million.

In compassion, the AAP reported last week that US ebook sales rose 5% in the first quarter, while audiobooks grew by 24%. Children’s ebooks were the standout performer, growing by 31%.

The UK data is estimated to cover about 75% of the total UK publisher digital sales, and obviously excludes self-published ebooks. It’s also lacking any info from Amazon’s publishing divisions or new, digital-only publishers, so naturally it offers a less than complete view of the UK ebook market. I would also bet that the 75% estimate is off significantly, but then again I don’t work for a legacy trade group.

That 16% of sales represents the second highest ebook market share, following the US where ebooks are believed to be around 30% of the trade book market.But it is also curiously low; a poll in March found that ebook adoption in England had reached 29%. Alas, more people are reading ebooks than buying them.

The growth in children’s books is intriguing.

The proliferation of tablets makes illustrated books for younger children, along with illustrated non-fiction titles) a likely candidate for much of this increase,.

For teen-targetted titles the YA label used in the US for just about anything is catching on this side of the pond, especially among indies, but not sure the correlation is that clear.

The British PA numbers are obviously indie-free, but making sense of the UK ebook market is less easy than in the US.

No question Amazon is by far the biggest player still, but Sainsbury has been gaining ground for a year now, and Tesco Blinkbox, while barely up and running, has already been called a "breakout ebook store" by Michael Kozlowksi.

But in stark variance to the US, indies have almost no presence in the UK outside of Amazon and Apple.

Blinkbox, Sainsbury and W H Smith are completely off limits to indies and no indication that will change. Blinkbox and Sainsbury deal direct with publishers, so that is unlikely to change any time soon.

W H Smith is a different matter. Kobo, why are you not arguing our case with W H Smith?

So far as we know all the key US ebook stores carry indie titles (not that you’d notice in Books-A-Million, which most indies don’t bother with, and which Bookbub doesn’t carry listings for) and, Google Play and BAM aside, they are all easily accessible.

In the UK indies need to be with the aggregator Ebook Partnership to get into Waterstone’s (OverDrive – but not part of the anyway disastrous Smashwords-OverDrive deal), Foyles and Hive (Gardners). Ebook Partnership also get you into Google Play and BAM.

Despite which the UK is a potentially exciting market for indies who step outside the Amazon bubble.

The legal status of Amazon' pernicious MFN clause is not entirely clear, but what is clear is Amazon is not enforcing it rigorously in the UK. Most days you can find the same title cheaper on Apple, Google Pay, 'txtr and Nook.

From January Amazon will lose its Luxembourg VAT loophole, and will have to charge the same VAT as the UK domestic players, which will level the playing field somewhat.

By then Blinkbox will be well-established and we expect to see Amazon’s UK market share to have fallen significantly.