I’d get a tablet, but if you are in the mood to tinker then you might want to look at the latest kit from Tin Can Tools. They just listed a new kit that includes a 10″ Pixel Qi screen. It’s definitely not something the average computer user would want, but if you’ve already gotten into the DIY world then this could be appealing.

On the other hand, I’m sure most DIY enthusiasts would have a spare laying around. 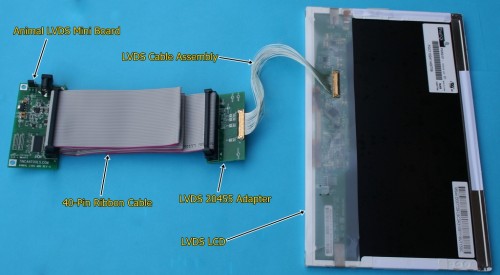 It also lacks a touchscreen component, which was probably a good idea. That alone would like add another$100 to the price; the PixelQi screen needs to have the touchscreen mounted in a particular way so that it doesn’t impair the screen’s ability to function outside.

This is a rather expensive kit, of you ask me. Other than curiosity I’m not sure what value it offers over that of a regular LCD screen to make it worth the extra $100.

Given the small size of the Raspberry Pi and all of its ports, that would create one weird tablet, with two dimensions, a large rectangle seated on top of a smaller one (the Pi and its exposed ports). It would be very easy to pick up, though!