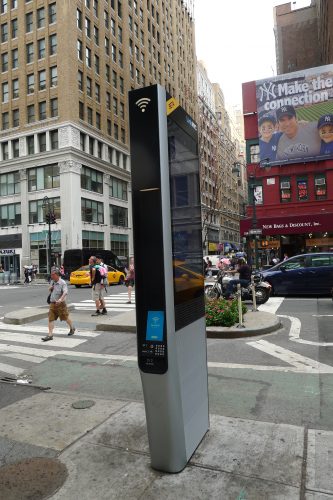 This week finds me in NYC for F&W Media’s Writer’s Digest Conference, and while I was  walking around the city today I happened across an old story I’d always wanted to follow up on.

Back in 2014 the City of New York announced a plan to install ten thousand free Wifi hotspots dubbed LinkNYC across the city. The hotspots would provide gigabit internet, free phone service, 911 access, etc.

The first hubs were installed in January, but I didn’t stumble upon one when I was in NYC in March.

I only set eyes on one today. (There are supposed to be around 500 installed at this point out of a planned 7,500, which is probably why they are still hard to find.) I was walking down 8th Ave today on my way to the closest White Castle when I encountered four of the monoliths pictured at right.

This 9-foot-tall obelisk offered a USB charging port, a 10″ screen which offered free calls and more or less doubled as a 311 kiosk and a tablet-like internet access point, and a Wifi internet connection which is faster than what I am using in my hotel.

You can’t quite see it in the above photo, but the two sides are covered with 55″ screens showing ads (which explains why the internet connection is free): 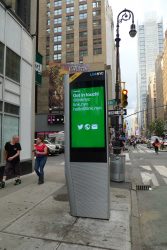 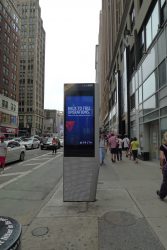 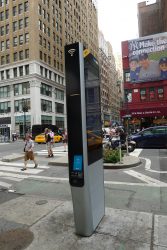 The Wifi range on the nearest LinkNYC wasn’t quite good enough to reach my room which was less than 50 feet away, otherwise I would be using it right now. But I did brave the hot and humid downpour for long enough to confirm that it was faster than what I have in my room right now and faster than what you’d expect to see in a coffee shop or other free Wifi hotspot.

I had no way to test, but it could even faster than than my home connection (cable via Comcast). I briefly used it to stream Amazon video on my Fire tablet, and it was as fast as what I have experienced at home.

And just for fun, I browsed a couple free ebook sites and downloaded a couple ebooks.  (I should have downloaded 1984 and a Cory Doctorow title, but I didn’t see the chance for irony until after I was back in my room.)

So tell me, have you had a chance to use it, or another free municipal Wifi network? 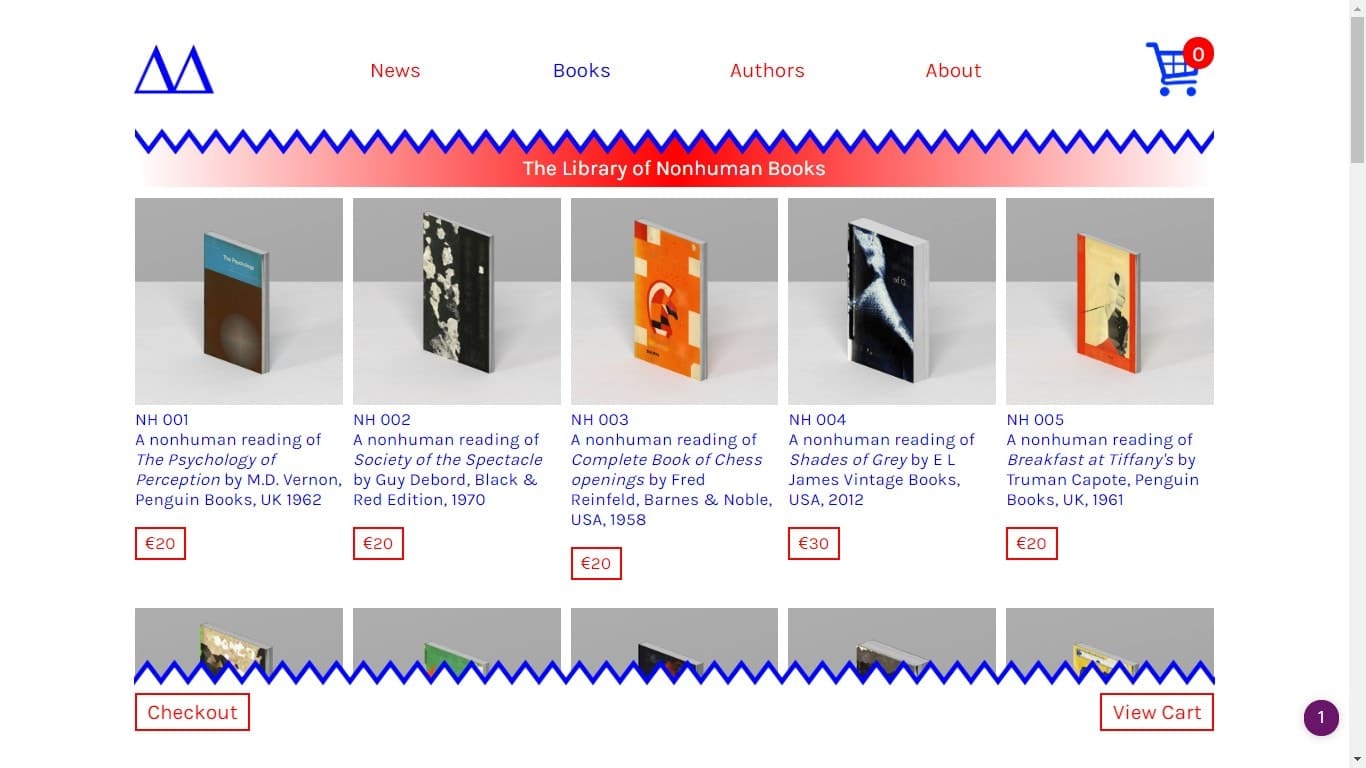 We have several of these along Broadway on the upper west side. I tried the Wi-Fi on one this morning and measured it with a speed test app on my phone.

The result? Pinned meters on my speed test app. A jaw-dropping 218 Mbps download speed. And, get this, an even more jaw-dropping, South-Korea-worthy 354 Mbps upload speed. The latter is faster than local monopolist Time Warner Cable’s top speed.

The handoff from one station to another appears smooth, too – in my unscientific test of streaming a podcast while walking down Broadway in the 70s, where there’s one every couple of blocks; my phone maintained connectivity with the LinkNYC service throughout.

This is looking like it will be the best thing to happen to NYC since CitiBike.

I work in NYC and have seen these around town. I keep wanting to try them but I am so busy getting to work or going home I never seem to have the time. I did get stopped at a red light the other day (as a pedestrian) and I tried to connect. But by the time I did, I was too far and lost the signal. There is some form of NYC irony in this post.

Like CitiBike (but even more so), these will only be useful if and when they are ubiquitous, just as you suggest. Otherwise they’re about as useful as the free Wi-Fi in the subway system, in which you putz around on the station platform trying to connect to it, and by the time you’re actually connected, your train arrives and you’re off.

It looks great if you are lucky enough, as I am, to have a daily commute along one of the three avenues that currently have the kiosks (Broadway, 3rd and 8th Aves). I’d love to see someone finally put a dent in Time Warner Cable’s de facto monopoly over much of Manhattan, now that RCN and Verizon FiOS have failed to do so; we’ll see how far this system gets.

And once they are ubiquitous, this will be a boon for tourists. It will remove the need to sneak into a store to borrow its Wifi.

So in a sense, these kiosks are replacing the Starbucks that used to be every 2 blocks before Starbucks started to cut back. Now you don’t even need to buy a $4 latte to get Wi-Fi, and it’s much faster!

[…] taking over a table and using the shop's free Wifi all day, so guess what happened when NYC deployed four hundred Wifi hotspots which offered free web browsing on a 9" tablet-like […]