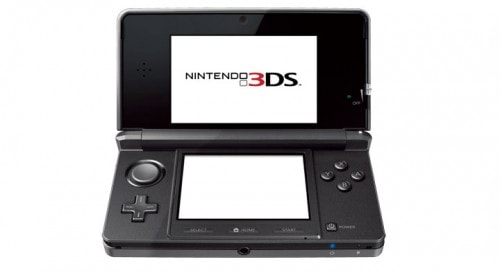 Japan and Asia in general usually gets the coolest stuff first and today is no exception. The Nikkei  reported yesterday that Librica, a company with past experience in delivering ebook content to consoles,  has been tapped to provide an ebookstore service for the Nintendo 3DS.

The new service is going to be called eBookstore Anywhere. It’s due to open next month, and Nikkei reports that it will stock around 100 current manga titles with prices expected to be in the range of 400-500 yen. It’s expected to expand to add more content besides manga, including magazines and light novels. Readers will be able to download the ebook app via the Nintendo eShop. Content can be bought inside the app.

While this is the first ebook service that I know of for this particular console it isn’t the first for Nintendo’s gadgets.  A couple years ago Harlequin released a Nintendo DS cartridge with 100 titles on it. Right about that time another cartridge was released for the DSi which contained 100 public domain titles. There are probably a number of other similar products for this console (including a couple I learned of via Librica’s press release archive), in addition to the numerous hacked reading apps which have been released over the years.

To be honest I think most handheld game consoles are too small to read on, given the generally bulkiness of the device. Don’t get me wrong, I know that the older model iPod Touch has a screen not much larger than the one on the original Nintendo DS but it was also a lot easier to hold. The iTouch could be held and used with one hand and the same cannot be said for the Nintendo 3DS. And even the current 3DS is too bulky for me given the effective screen size; I’d much prefer a tablet.

Still, this is a service which should be watched. Rumors leaked earlier this year that the Nintendo WiiU would be getting some type of ebookstore for its tablet like controller. While that service has not yet materialized, it seems likely that Librica might also be the company who supports it on behalf of Nintendo.

A Third of US Consumers Now Own Tablets, Pew Reports

This would have been a better idea five years ago than now. I used to use a hacked PSP for reading on the go, but now tablets and ereaders are dirt cheap and much better for reading.