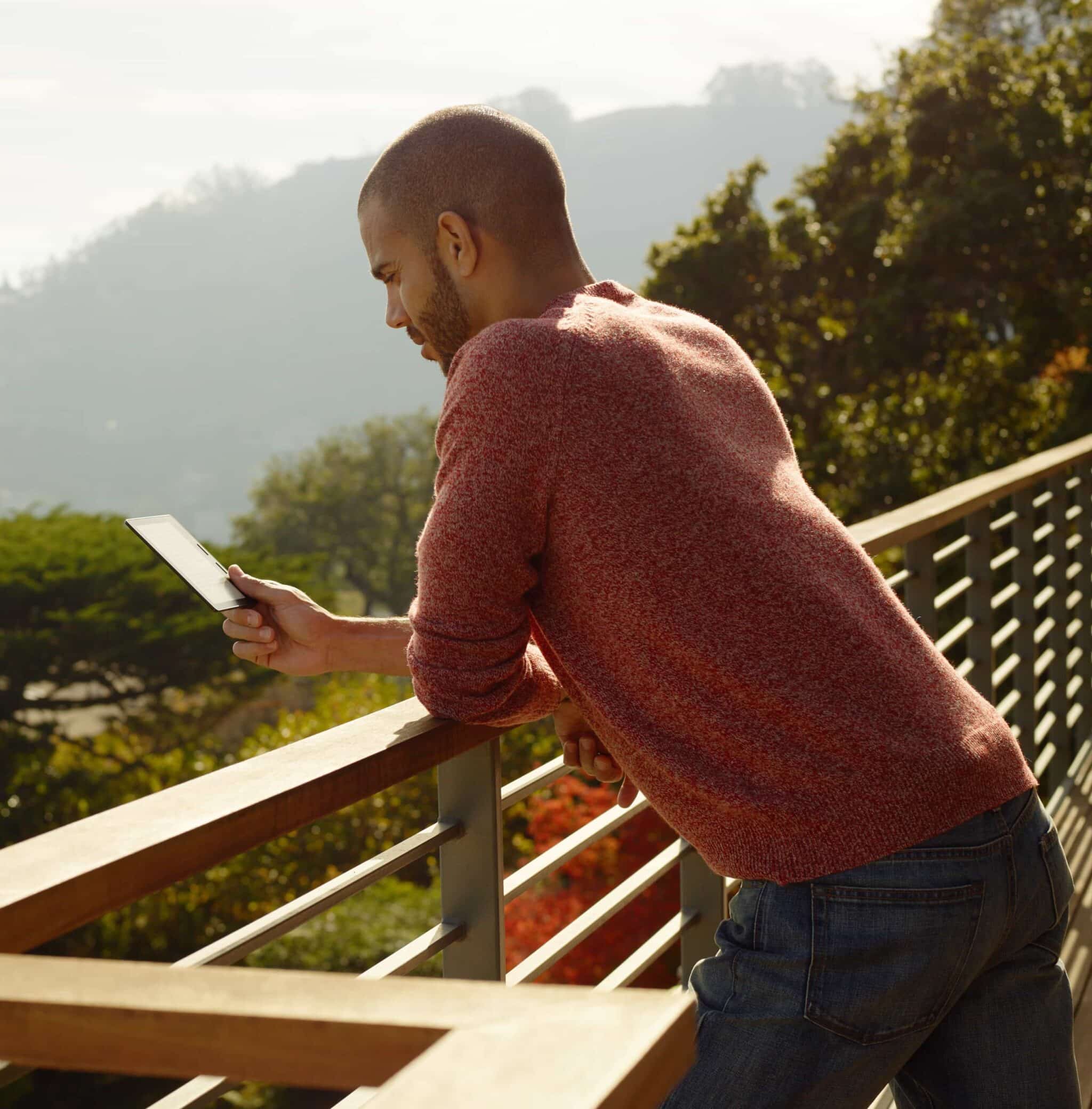 The usual disreputable source is making stuff up again. In the past they’ve claimed that sources told them that Amazon would release a Kindle with a Liquavista screen (an outright fiction), or that there would be a new Kindle Voyage in late 2015 (another fiction) or that Sony is working on an e-ink laptop (a wild misinterpretation).

Now they’re claiming that "David Limp the senior vice president of Amazon devices and services teased in a recent interview that Alexa might come to Kindle e-Readers. This would be a boon for people who want to have their e-books read aloud via text to speech."

The problem is that’s not what he said. Here’s the actual quote, which more closely resembles a "no comment" statement given in response to a question than a tease.

Seeing as Alexa has been integrated into other companies’ products, including Ford’s cars and LG’s smart fridges, surely it would make sense to upgrade the Kindle in the same way the Fire tablets and Fire TV Sticks have been recently updated? “I wouldn’t say never,” Limp says, carefully. “If we were to do it, we would have to have her in a way that was not distracting to customers, in a non-intrusive way.”

I agree with the general sentiment on MobileRead Forums; that is not Amazon teasing Alexa on a Kindle; that is someone ducking a question without saying yes or no.

Ask Linp about releasing a large screen Kindle, or  dual-screen device, and he would give you the same response. Sure, Amazon is looking at all ideas; it’s called spitballing. But that doesn’t mean they will follow through on any of the ideas they come up with after late-night drinking sessions.

And given the current Kindle hardware, it is very unlikely that they would add Alexa to the Kindle. Remember, the Kindle doesn’t have native audio ability; you have to buy an aftermarket part (either a Bluetooth speaker or USB dongle) in order to activate the accessibility features.

So if you want Alexa on the Kindle you’ll need to get the right dongle or a BT speaker with a microphone, and then remember to activate the feature, and –

Sure, Amazon could always release a Kindle with a speaker and a microphone, and then add Alexa to that device, but there is zero evidence to suggest that Amazon is even considering this move.

You could make that argument but you would be inventing an excuse to justify a wild misinterpretation. Doing so turns you into a "pundit" along the lines of that one guy that invented the idea that Apple was going to make a smart TV, and kept insisting it was right round the corner (seriously, it all came down to this one guy’s obsession – that, and tech blogs writing clickbait articles about the idea).

Don’t be that guy.

John Sargent’s Nose Must be at Least a Yard Long

This is war!: Nate versus Michael 🙂

No. I won’t get into a battle of the wits with someone who is only half armed.

Michael could research this stuff and present it differently. (Would Amazon ever put Alexa on Kindles?) I’m not sure why he feels the need to push the fake newsy click bait garbage.)

Well, I guess it does lead to good traffic, at the expense of integrity.

Wow maybe The Digital Reader and Goodereader should meet in the playground during recess and duke it out lol. At least goodereader does not trash other sites. SMH.

No, they just make shit up.

And if you think what I write is trashing that site then you should never ask other ebook bloggers, or MobileRead forum members, what they think. It will cause you to feel faint.

Edit: Oh, and just to be clear, I didn’t trash that site. I never mentioned them by name. The fact that people recognized the site from my references should tell you a lot about that site’s reputation.

Goodereader is the site that keeps making up rumors of a Mother’s Day release of a new Kindle. They are the ones that just recently said that out of stock Oasis models is a sign of a new release… guess what? They’re back in stock.

Never praise such a click bait site that deals in rumors and falsehoods.

And Goodereader has trashed other sites.

I guess not. LOL

[…] August 2017 that blog claimed Amazon was teasing Alexa on the Kindle. Fact check: This claim is based on a statement that reads more like a "no comment" than a teasing yes, and no such device has been […]