acquisition of Nokia’s hardware business has hit a few hurdles since it was initially announced last September, but it’s still going to happen. Microsoft announced late last night that the deal to form MicroNokiaSoft is set to be completed by April.

Microsoft is spending $7.2 billion to buy Nokia’s struggling hardware and services business, a move which is expected to boost their hardware divisions as well as give Microsoft control over the primary maker of Windows Phones.

The deal was supposed to have closed this quarter but it is still wending its way through the various regulatory bodies. According to Nokia, "the transaction is pending approvals from certain antitrust authorities in Asia which are still conducting their reviews". Microsoft says that the deal has been approved by regulatory authorities in 15 markets on five continents so far.

The deal is still awaiting approval in China, and it is expected to run into problems in India. 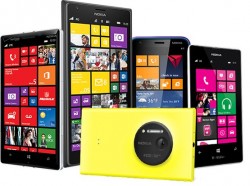 Both Google and Samsung have asked Chinese authorities to consider how the deal could impact patent licensing fees, and in India the deal might get caught up in an existing tax dispute. Nokia owns factories in India, some of which will be transferred to Microsoft, and one Indian state has filed suit over unpaid taxes on smartphones produced there.

But it does not appear that Nokia is too concerned. According to the Nokia statement, the  “ongoing tax proceedings in India have no bearing on the timing of the closing or the material deal terms of the anticipated transaction between Nokia and Microsoft.”

Nokia is the leading maker of Windows Phones, and they have also partnered with Microsoft to produce several tablets. But even though the 2 companies have close ties, Nokia has continued to develop devices running other OSes, including a recently announced line of budget smartphones which run a customized version of Android.