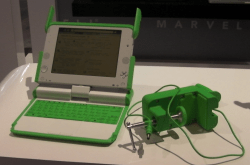 I’ve just come across an interesting side note for the XO-3 tablet news that broked a couple days back.

Marvell and OLPC announced in the same press release that the XO-1.75 laptop, which debuted at CES 2011, is going to ship in March. I wonder why they showed it off last year of they weren’t planning to ship it?

This is the newer model  that was redesigned in partnership with Marvell. It’s running on a 1GHz Marvell Armada system on a chip. The new CPU required a redesign of the mainboard, but other than that the 1.75 uses the same general hardware design as the previous XO laptops.

The previous models were based on x8 chips (like what OSX and Windows run on), so they weren’t terribly energy efficient. But the XO-1.75 uses only half the power so  it gets considerably better battery life. It’s so good that OLPC finally released the hand crank power supply option.

The base price is around $175, but that doesn’t include the the ancilllary costs like network equipment, service costs, and all the rest of the hardware needed to create an infrastructure to support a learning environment. Over 75 thousand units of the XO-1.75 have already been ordered by OLPC projects in Uruguay and Nicaragua.  These countries have been running OLPC projects for a couple years now, and they plan to use the new model to replace worn out units and expand their programs.

Do you know what I find odd about this? When OLPC talked about the XO-3 tablet, they said that it was going to replace the existing laptops including the XO-1.75. But now they’re going to be shipping this unit in March. I’m thrilled that they’re providing options (not everyone is going to want a tablet), but I do wish that they’d get all the PR people on the same page. 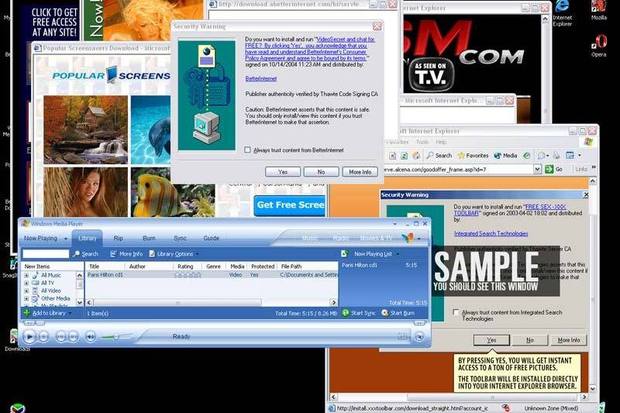 Amazon Student Launches in the UK

[…] the membrane style keyboard with a more common keyboard which you might see on any laptop, and the XO-1.75, which is a completely new design based on a lower power Marvell CPU. There’s also an XO-3 […]