On the Perils of Buying a Generic Android Tablet 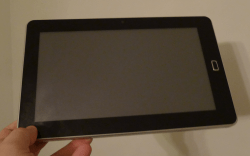 Last week I took possession of a truly generic Android Tablet. It had no brand, model name, nor even any identifiable features. And now it’s dead.

The tablet died within just the first few days, and I do not know why.

This was my first venture into the back-alley gadget world that is Shenzhen, and it will be my last.

When it was alive, this wasn’t a bad tablet for the price ($130).  The device felt cheap, the performance was so-so, and I never did get a chance to test the battery life. It wasn’t terribly good, but my standards were low. So long as it could do basic tablet stuff (and Angry Birds), I would have been happy.

I went into this knowing that the tablet effectively had no warranty. This didn’t bother me before I got it. In spite of my usual bad luck with gadgets, I didn’t expect this one to die (at least not so fast). But now that it is dead I am forced to consider if this really was a good idea.

So what was it like to use? I don’t really know.  I had been planning to take it with me to  conference (I just got home) and use it intensively, but I gave it up for dead before I got a chance to know it. But my first impressions were generally positive. For  cheap tablet, it didn’t seem bad.

But I’m still returning it, not exchanging it. While I know that not all generic tablets are as likely to fail as this one, a second tablet from the same production run will likely have the same risk of failure. And from where I sit, the risk is too high for me to be comfortable with it. 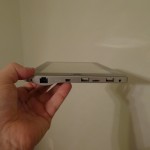 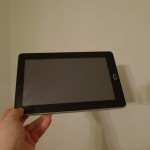 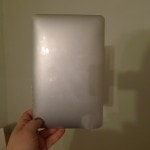 Kindle Paperwhite, Kindle Are On Sale

Antutu Benchmark Test Now Available in iTunes, Confirms that the iPad 2 is a $400 "Budget" Tablet

[…] space quite right. And I have the feeling that the screen is slightly crooked in the frame.Update: It’s dead. The hardware turned out to be crappier than I expected.But aside from that, the specs and […]

Why do you think I keep telling you to avoid the craptabs? THIS is why. Steve Chippy Paine bought a KNOWN BRAND Chinese tablet and it dropped dead within a MONTH! Welcome to the world of Sudden Tablet Death Syndrome. Crappy engineering. Who knows if it’s a short, a bad battery, a bad connector, or a rejected part that was scammed to them from some supplier who gave them a "deal"? It could be a part that costs a fraction of a cent that’s gummed up the whole works. You never can tell. Now stay the hell away from them.

According to my observations you can buy at least two generic tablets off eBay — and probably closer to three — for the same price as a name brand. So buy two, and if one drops dead you’re still in the money. And if that one only works for just six months, well, you’ll probably find the name brand tablet has dropped in price by that much during the interval.

I have a no-name eReader and a no-name GPS and I’m delighted with them.

Yes, but if you did that you’d have a tablet that was far less capable than a premium tablet which costs the same s the premium tablet.