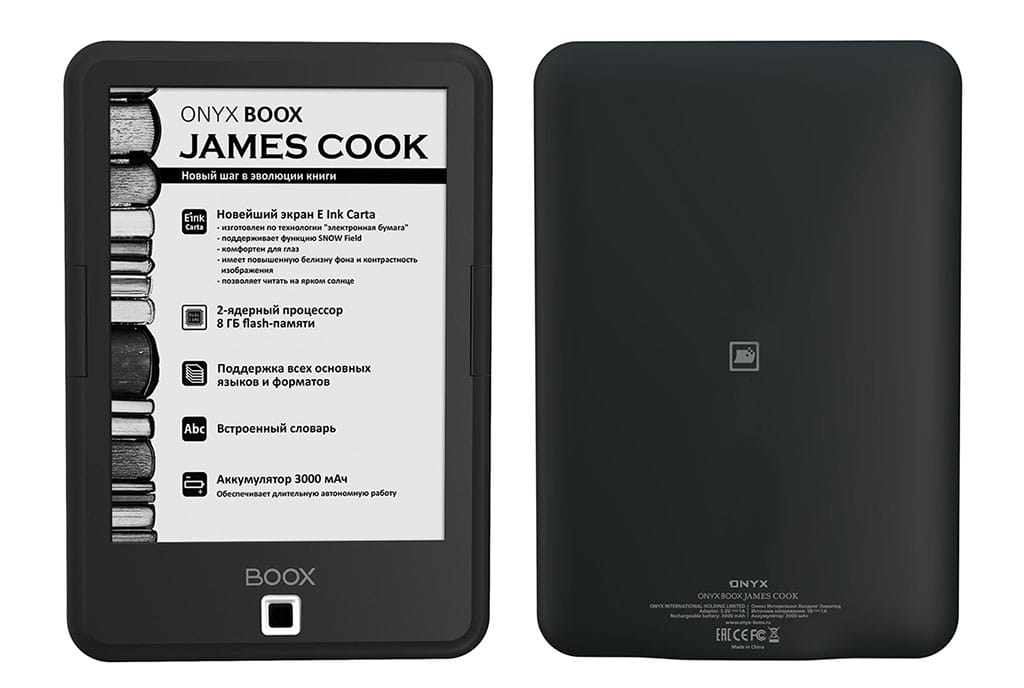 The new James Cook ereader from Onyx features an odd mix of new and old tech, and launched today in Russia for 5490 rubles, or $91 USD. 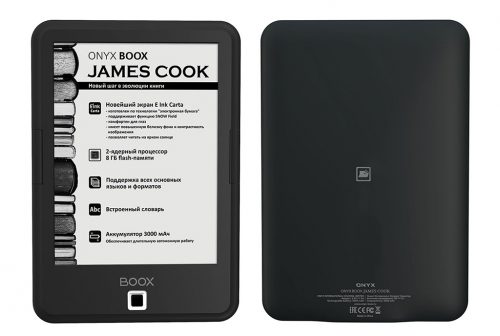 In many ways the James Cook is a fairly typical ereader. It runs Android 4.2 on a dual-core 1GHz CPU with 512MB. It has 8GB internal storage, a microSD card slot, page turn buttons on either side of the screen, and a 3Ah battery.

If that sounds like a good value for an ereader, wait because we haven’t gotten to the screen.

The James Cook has a frontlight but no touchscreen, and the Carta E-ink display has a surprisingly low resolution. The screen resolution is 800 x 600 – the same resolution as on the basic Kindle (and the original Kindle, too).

Obviously the lower resolution screen is being used because it’s cheaper, but it still comes as a surprise because this particular screen is relatively uncommon. The only other ereader shipping with a 600 x 800 Carta E-ink screen is the Inkbook Classic 2, which shipped in November 2016.

If only two ereaders are using the screen, how exactly can it be cheaper? One would think the low volume would raise the price.