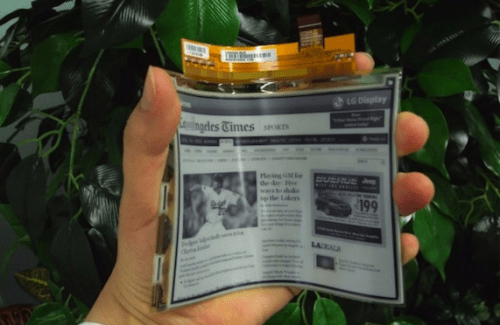 Earlier this month I was the first to tell you about Onyx and their plans to release a new ereader which used LG Display’s new plastic E-ink screen. Sadly, there’s news today which suggest we’re not going to see that device any time soon.

The-eBook.org is reporting that Onyx has decided to push back the ship date of their new ereader. It was supposed to ship later this month, but due to quality control issues Onyx has decided to pass on the first production runs. According to reports, the new screen is seeing a 20% failure rate. Onyx says that the failed screens showed an excess of ghosting when you refresh the page.

Depending on which ereader you own you might never have seen this effect, so some explanation is in order. Ghosting refers to the residual image left behind on the screen. The term was first used with old TV screens, but with E-ink screens it refers to the traces of text and image you see when you refresh the screen, turn the page, or what have you.

Ghosting is a solved problem with current E-ink screens, so it’s understandable that Onyx would want to avoid using a new screen if it had an obvious defect.I must say, this is the first time that I can recall a device maker being honest about delays.  Normally they simply mention the delay and more often than not they ignore the issue.

On the other hand, it is awfully late. Shouldn’t Onyx have known about this issue weeks ago? Why did they take so long to announce the delay, I wonder?

Update: Onyx has released this photo showing the production issues with the new flexible screen. As you can see, my peious report about ghosting is incorrect. This looks to be a a failure of the screen controller. 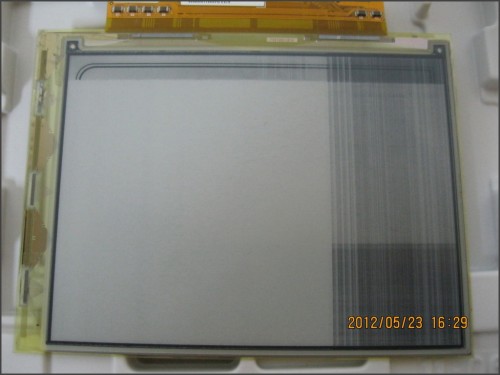 On a related note, this might also explain why Wexler boasts about having bought the entire first production run. One reader left a comment a month or so back with the prediction that no other device maker would get the screen. Now that Onyx’s new device is delayed and Hanlin’s device has no set release date, that exclusivity rumor seems much more likely to be true.

I like the honesty because it’s showing me the problem with all these new failure-to-launch screen techs:

They’re afraid to even try marketing something unless it’s perfect.

If we can’t have it until they fix ghosting then we’ll probably never have it- ghosting took years to fix with the static screens. By the time it gets sorted out, they’ll need color too. Then fix the ghosting on the color. Journey of a 1000 miles, guys…