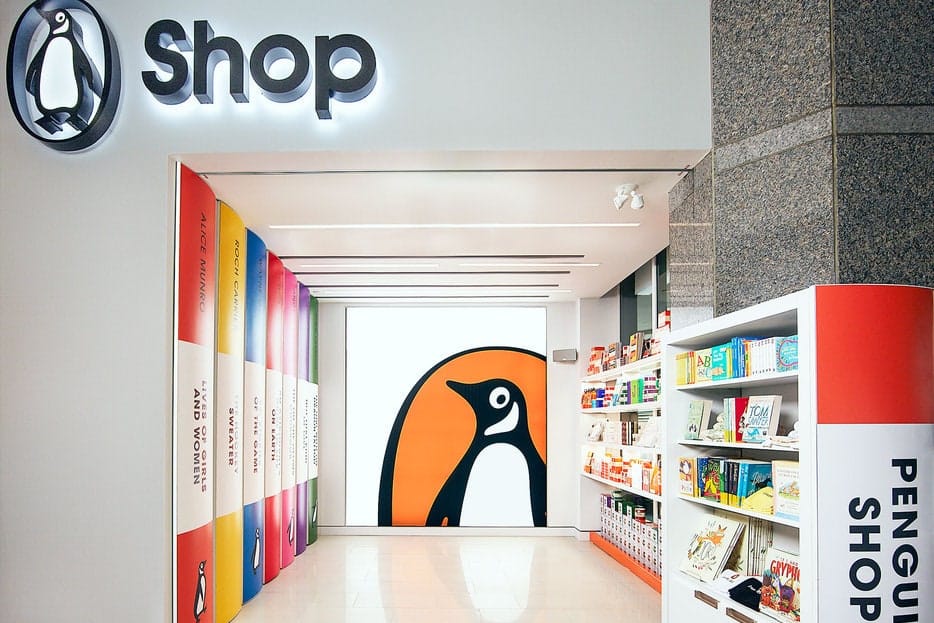 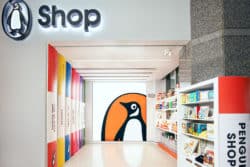 Now the Canadian branch has opened an even smaller, almost gift shop sized, store in Toronto.

PRH Canada announced yesterday that it had opened what it is calling a bookstore (I think gift shop is more accurate) in a 158 sq. ft. space in the lobby of the building where the company’s Toronto offices are located (320 Front Street West, Toronto, ONT).

It’s called Penguin Shop, and according to the press release it is "designed to foster a sense of discovery, wonder, and visual delight, borrowing design elements from its rich literary heritage". The previous tenant was a shoe repair counter, so I think this new store is more likely to foster a sense of claustrophobia than anything.

As you can see in the photos from Toronto Life, customers will find gifts and collectibles along one wall, and as for the books? They’re in pull-out cabinets: 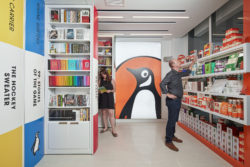 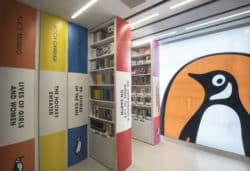 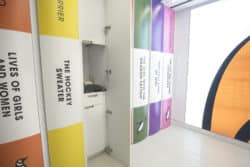 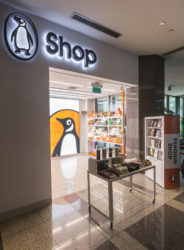 The store stocks around 300 titles, as well as book-related merchandise, and sought-after branded swag, including Penguin Classics mugs, notebooks, and tote bags. It will be staffed by PRH employees, including both editors and designers.

“We are continually in search of innovative ways to bring the books we are so proud to publish to readers. As such, we see Penguin Shop as a research and development lab – a place where we can interact directly with consumers.” comments Brad Martin, President and CEO of Penguin Random House Canada.

“We hope to help visitors find their next great book,” says chief operating officer Robert Wheaton. “And if we don’t carry it, we’ll call Book City, for instance, to put it on hold.”

P.S. I would like to make fun of this project, but it honestly doesn’t need my help. It is its own punchline.

Saving Barnes & Noble from itself: The DRM angle

Is Byliner About to Close?

"What is this, a bookstore for ants? It needs to be at least . . . three times this size!"

300 books?
That’s about right for their typical 3 month frontlist output.
Sounds like a worthy experiment on three grounds:

I can see some fire code issues if so ebody gets caught behind those Murphy bookcases.

It really says something that the branded iestyle tchotkes are browsable but you have to dissassemble the wall to get at the books.