some good news and some bad news about PlasticLogic 's new screen tech.

The good news is that the company is adapting their flexible screen tech and developing a new type of AMOLED screen which could be used on devices like smartphones and tablets.

The bad news is that the new screen has yet to leave the laboratory.

PlasticLogic announced their new flexible AMOLED screen tech product at FlexTech 2014 conference this week, and I was there with the hope of seeing the screen first hand. Sadly, Mike Banach, PlasticLogic’s research director, didn’t bring any demos to the conference (working or not).  I also couldn’t talk him out of any of the photos or video that he used for his presentation so I don’t have anything to show you.

I see from my notes that PlasticLogic’s current demo is a monochrome display which can display red. It can’t yet do the green and blue colors that you would expect from an LED screen, and that tells us that this is a very early prototype, something on the level having passed the smoke test (they turned it on and it didn’t catch fire). Given the raw state of the demo I would be terribly surprised to see this screen in a product before late 2015 at the earliest.

But even though it could only display red pixels, this is a good start towards a full color AMOLED screen which will look quite different from the grayscale epaper screen which PlasticLogic had originally developed for the Que, their ill-fated ereader. That device launched in 2010 after several years of development only to be killed by the iPad, which cost less and did more. PlasticLogic has since gone on and adapted the screen from the Que to a number of uses, including signage, flexible electronics, etc.

PlasticLogic’s new screen tech is being developed in partnership with NovaLED, a specialist in OLED and AMOLED technologies. They contributed the expertise to build the half of the screen which is visible to the naked eye, while PlasticLogic contributed the rear of the display, or backplane.

By working together these two companies hope to develop an OLED screen which can do this: 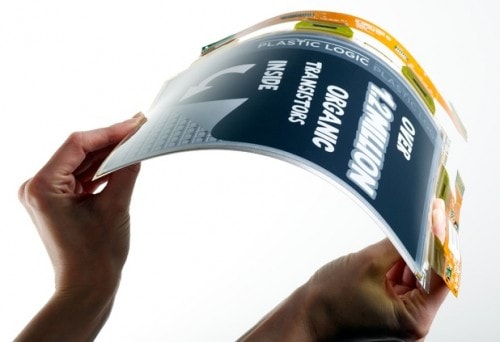 TBH, by the time it gets into a product it will more likely look like something like this: 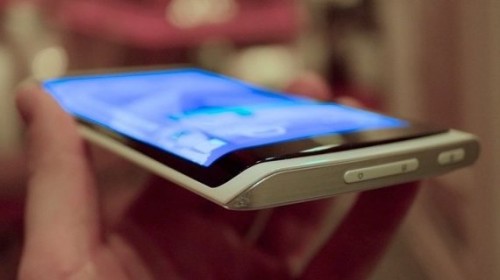 There’s no news yet on who will license the tech and actually produce the screens, but I do know that PlasticLogic doesn’t plan to make these screens in their Dresden manufacturing facility. That will stay focused on producing the flexible epaper screens used in products like signage, a blueprint reader, and more.

Check out my new blog 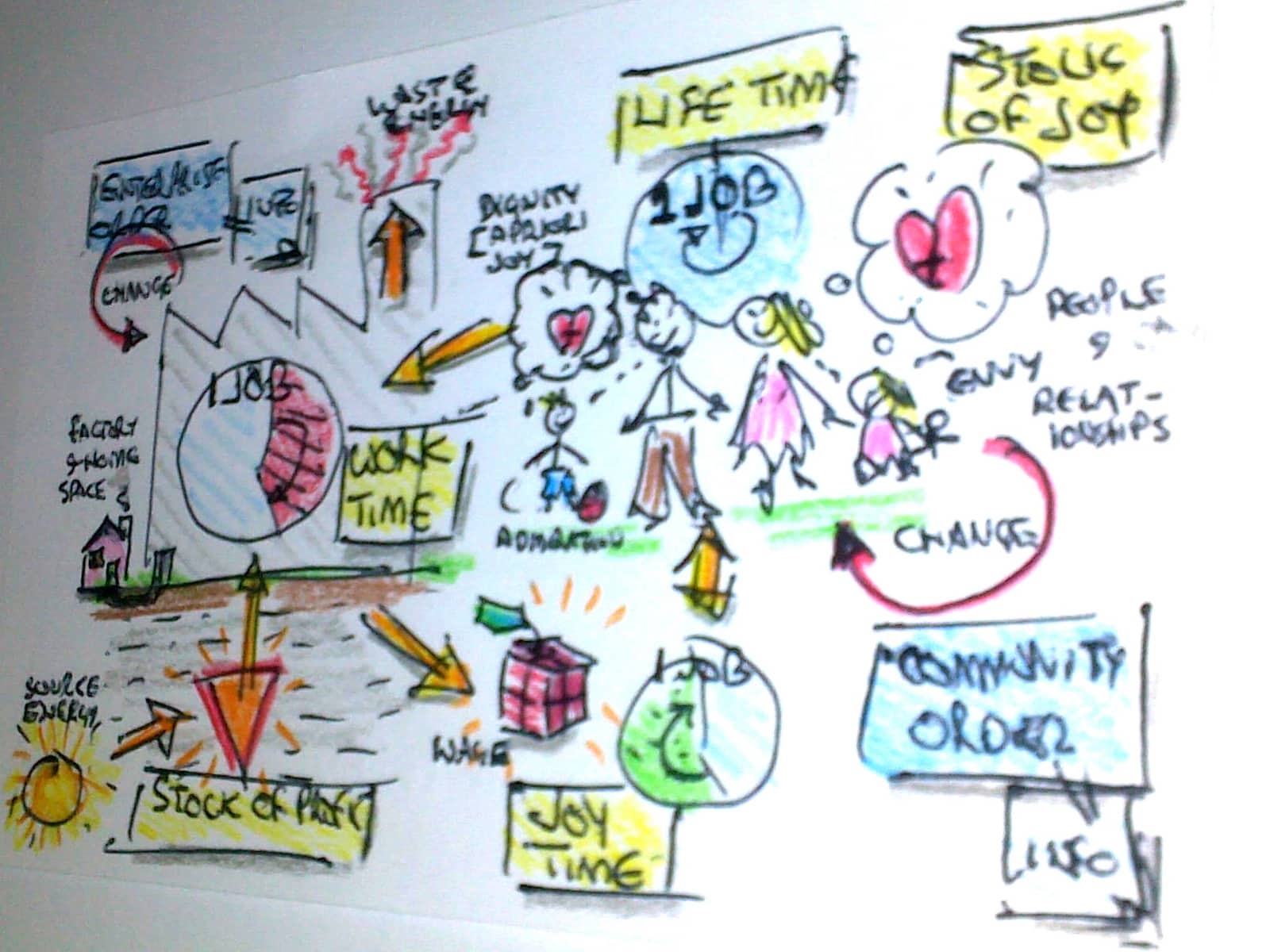 […] Logic has been teasing us since February that they had a flexible OLED screen under development, and last week it left the lab and appeared […]

[…] has been teasing me since January with hints of their new flexible AMOLED screen tech, and today I finally got to see it in […]