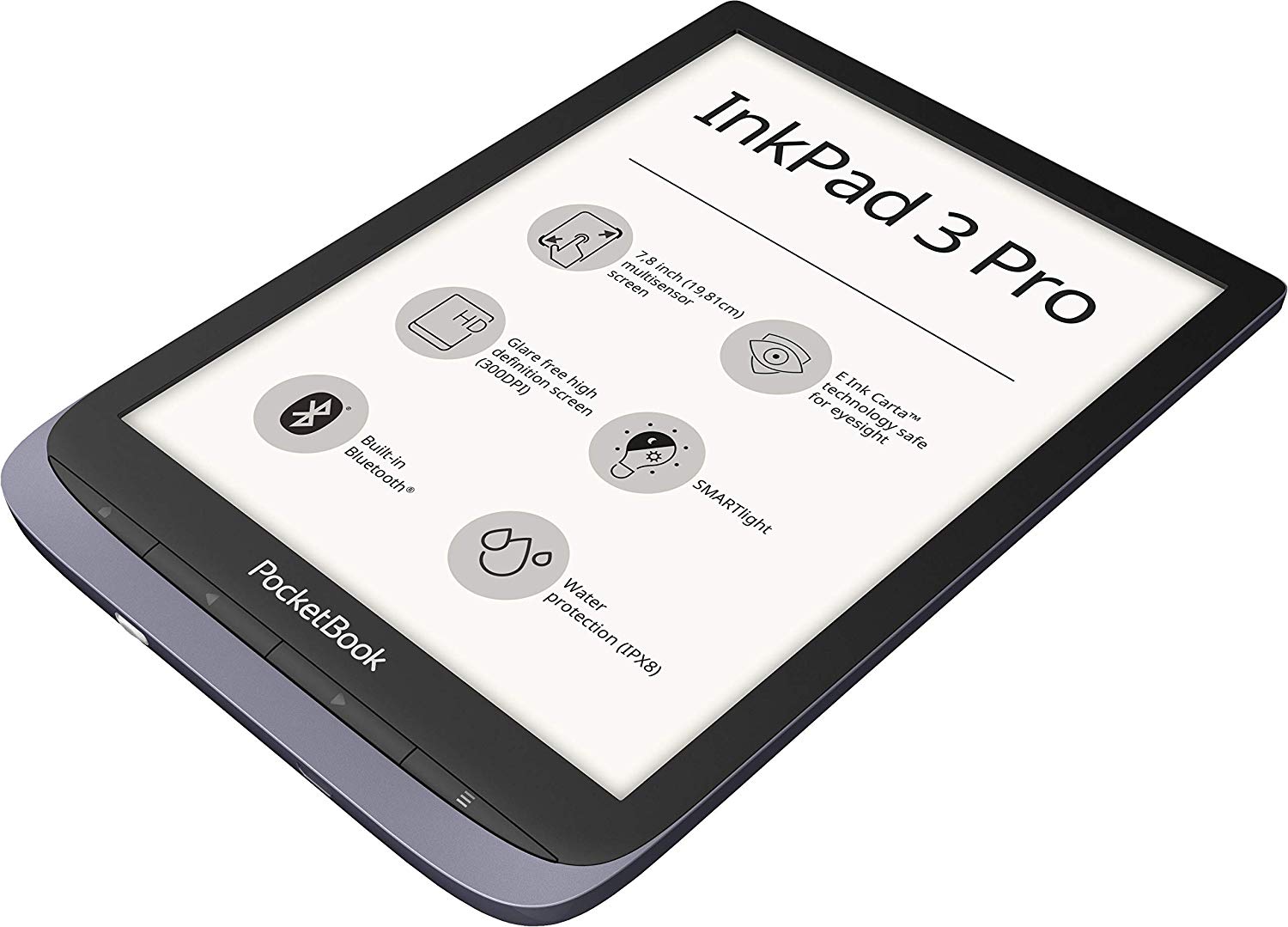 Pocketbook just announced an update to its InkPad ereader. They have not yet given it a pleasant design like that of the InkPad 2, but Pocketbook did boost the hardware specs.

The new InkPad 3 Pro has twice the storage of its predecessor, and it is also waterproof. 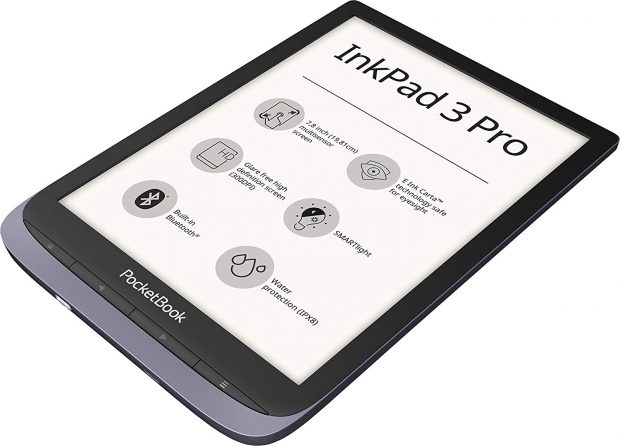 The InkPad 3 Pro  runs Pocketbook’s OS on a dual-core 1GHz CPU with 1GB RAM and 16 GB internal storage. It is equipped with both Bluetooth and Wifi, and its waterproof shell is certified to meet the IPX8 standard.

Like its predecessor, the InkPad 3 Pro has a 7.8″ Carta E-ink screen with a capacitive touchscreen and a color-changing frontlight. Its screen resolution is 300 ppi (1404 x 1872 pixels).

It is available now in Italy for 284 euros.

Inside the Nook Tablet

Under Orders From Above, WSJ Takes Apple’s Side in eBook Antitrust Appeal