For the past two years Popslate has been neither dead nor alive, but that could change shortly. Word on Twitter is that someone is about to open the box.

PopSlate was originally launched in November 2012 with the goal of making a case for the iPhone 5 which would add a 4″ E-ink screen as a secondary screen. This project proved immensely popular, and it met (and exceeded) its funding goals in days.

The Popslate was widely covered everywhere, including on this blog.  It is a pretty nifty idea, and the way it quickly attracted backers was exciting. But unfortunately the development of the Popslate itself didn’t move nearly as fast as its funding. 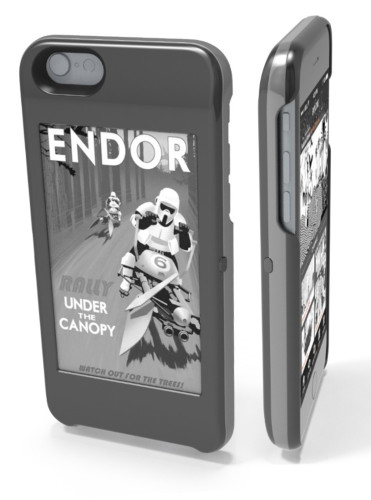 The PopSlate’s second anniversary was on 29 November, and from what I see on Twitter and read in the comment section on Indiegogo, it is only just now ready to ship. I see comments and tweets about a final survey which asks backers whether then want a PopSlate for their iPhone 6 or iPhone 5 (but not the 6Plus, alas).

According to the specs released last fall, the PopSlate has a 4″ PlasticLogic display with a screen resolution of 400 x 240. It connects with your iPhone over Bluetooth and has a month-long battery life.

The PopSlate is supposed to come with all sorts of nifty app integration, but I’ll believe that when the first user reports start coming in. Speaking of which, if you backed this project two years ago and no longer want your PopSlate, please let me know. I’ll buy it off of you.

User Manual for the Nexus 10 Shows Up Online