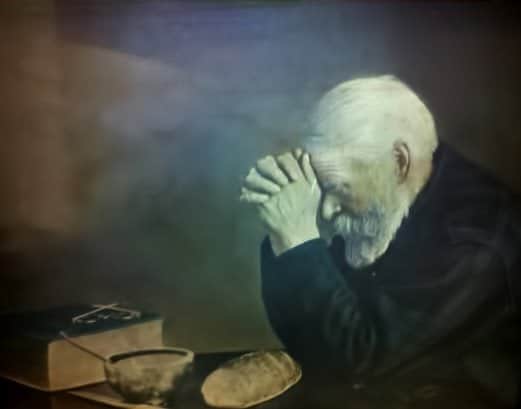 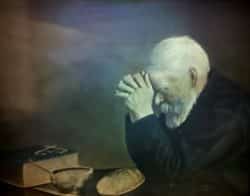 People are weird about books.

I was reminded of that truism today when I read a testimonial published yesterday by The Memo.

Molly Flatt wrote a piece where she explains to her fellow paper book co-religionists how she had strayed from the path of righteousness, made bad decisions and fell in with the wrong crowd, before finally rediscovering her faith.

To be clear, I am not intending to mock religious testimonials so much as point out that this sounds like one:

I got my first e-reader in 2009. It was a Christmas present. I had mixed feelings.

After a brief fling with my cherry-red bit on the side, I reverted to paperbacks.

But then my career took off. I started to travel to interminable tech conferences that required, problematically, both one lightweight carry-on bag and a shedload of novels to while away the long-haul flights and the sub-TED talks. I dipped a toe back into the ereader scene and found, that the Kindle Touch was, if not exactly pleasurable to use, inoffensively functional, and that almost all new releases and plenty of backlist titles were now available. My soul shrank, but convenience won out.

Of course, I felt terrible about having become a digital-only hypocrite. I still believed deeply in the aesthetic superiority and cultural meaning of print books, the value of local bookshops, the utter evil of Amazon, and my own future ability to sell a novel that took six years to write for more than 99p. Of course, I had read the growing body of science telling us that we absorb more, remember more, experience more empathy and even sleep better when we read in print.

My husband and I now spend the majority of our evenings reading; it sounds utterly illogical, but while mutual screen-staring is miserable, mutual page-staring feels somehow… shared.

I’ve discovered that bookshops are even better than they used to be, because the weak links have been weeded out and even the big chains have been forced to up their game to survive. The NearSt app has helped me source as much as possible from local independents, while breaking away from the buy-now button has helped push me out of my digital filter bubble.

While I have previously referred to lovers of paper books as fetishists (in some cases it was an apt description) this is the first who makes it sound like paper books were her religion.

What can I say, people are weird about books. 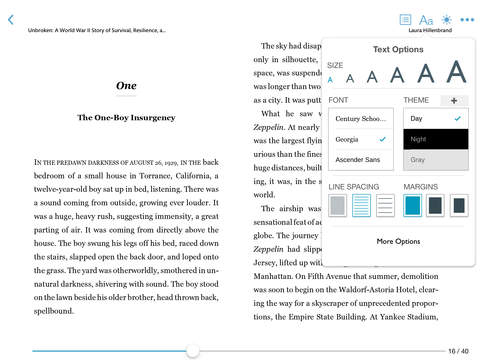 I have moved to ebooks for several reasons. Since I read mostly nonfiction, I like the search function and the ability to take notes, highlight and bookmark. I read in several languages, so the ability to instantly receive an ebook, no outrageous book charges and shipping from Europe and having access to a native and bilingual dictionaries make ebooks a winner for me. So I am throwing out my library of mostly technical books and magazines and replacing the ones I really want with electronic versions. Another bonus is access to old books from the Internet Archive in djvu format-no macros and also from Project Gutenberg in epub format (am Canadisn, sohave a Kobo).

You ain’t seen no religious fervor yet.

"…growing body of science telling us that we absorb more, remember more, experience more empathy… when we read in print…"

Must be true, because I have absolutely no empathy for this person’s feelings on print books and intent to promptly forget about it.

"…and my own future ability to sell a novel that took six years to write for more than 99p."

So books should be priced on how long it takes the author to write them?

"My husband and I now spend the majority of our evenings reading; it sounds utterly illogical, but while mutual screen-staring is miserable, mutual page-staring feels somehow… shared."

I’ve discovered that bookshops are even better than they used to be, because the weak links have been weeded out and even the big chains have been forced to up their game to survive."

She obviously doesn’t live where I do. My options are Barnes and Noble or 'how far am I willing to travel on the freeway today?'

Also, she never addresses why she moved from e-ink to a tablet to a phone. Yet most of her complaints about screen reading have to do with reading from an LCD screen.

And in what way did reading a physical book become easier than holding a Kindle while feeding a baby?

Started reading when I was 6 and now I’m 71. I have more that 3000 books: 4 walls of a room dedicated to hold them, plus 3 walls in other rooms, plus 2 walls of the garage. That alone convinced me of the necesity of going digital. Not to mention the weight I don’t carry on vacation. Don’t miss the smell of paper. And the lower buying cost. And I certainly appreciate the included dictionaries.
I don’t waste my time trying to convince people.

Different people have different opinions. I have purchased two print books in the last 6 months. One wasn’t available in digital format. One cost only $2 at a used book store. I much prefer the choice of fonts which e-books provide: bolder and thicker are hard to find in print books.

Space and portability are secondary opinions for my preferring e-books. I have reached the stage where for every print book or two I acquire, I get rid of one.

Regarding remembering what you read, a suggestion would be to write about what you have read.

I find these types of posts so annoying. That you retain an illogical preference for print books over ebooks is your business. But it is like a dirty little secret best kept to yourself and not aired in public. I now have access to ebooks, my chosen option, and I am confident that I will continue to have access to them. I only hope for your sake that sufficient people share your to me irrational views that we can both continue to get what we want in the longer term. But with B&N in big trouble, the print book centric large publishers pricing themselves out of the market and Amazon experimenting with small physical stores likely to take business from Indie bookstores? You may well end up with little choice but to order your print books online, almost certainly from Amazon, and increasingly POD. One not unlikely outcome which is already occurring to some extent is that many people no longer have a bookstore closer than a few hours drive. I wish you luck.

I have no doubt that some day soon the doorbell will ring and I will be confronted by two smiling, well-dressed individuals brandishing the latest sweet smelling tome by John Grisham. "Have you heard the good news about print books?" they’ll inquire urgently. "Have you accepted Penguin Random House as your personal savior?" I look forward to gleefully slamming the door in their faces and returning to my Kindle Voyage.

I hate it when people always bringing up one single ill-founded, poorly done study as unassailable evidence that science is on their side.

There are reasons to value print over ebooks but the writer hit NONE OF THEM. And inadvertently mentioned the important ways in which ebooks are better.

The entire piece was not persuasive and used emotional rhetoric only. It’s only persuasive to those already persuaded. Thus the writer did not at all accomplish what she wanted to do and really seems like a fool. I’m saying that with a paper book in hand ready to read!

It is in our DNA to favor religious fervor, so focusing it on paper books is not so bad.

I do wish there were professional studies comparing using e-ink reading vs paper reading, instead of LCD reading. Since phones can do millions of other things so I can understand why those readers don’t recall as much as a paper reader.