As surely as Tuesday follows Monday, Apple’s 5 co-conspirators filed a briefin Federal Court on Wednesday. I don’t have a copy of the brief, but I can guess what it contains.

"The provisions do not impose any limitation on Apple’s pricing behavior at all; rather, under the guise of punishing Apple, they effectively punish the settling defendants by prohibiting agreements with Apple using an agency model," as quoted from the WSJ.

The WSJ also added that:

In a court filing Wednesday afternoon, the publishers said that the U.S. Department of Justice’s demands on Apple would eliminate the use of the "agency model" for the sale and distribution of e-books for a period of five years, by prohibiting Apple from entering such agreements.

The publishers are correct in that the terms offered to Apple are more severe than the ones they agreed to, but I don’t see the problem with that fact.

I can also see why the DOJ imposed harsher terms.  They probably don’t want another agency ebook model coalescing around Apple 2 years from now when the publisher’s settlement agreements start to expire. The publishers are probably correct in that 5 year restriction will likely keep the major publishers from adopting agency pricing 2 years from now ( or rather pressuring Amazon to adopt it).

As you probably recall, Apple was convicted of being the hub in a hub-and-spoke conspiracy to raise ebook prices. It is not at all unusual to punish a the ringleader more severely than the partners.

I wonder if the publishers are hoping that Judge Cote will forget all the testimony and evidence that she read and heard in the trial. Perhaps they are hoping that she will forget the fact that she called several of Apple’s key witnesses not credible in her ruling (that’s legalese for the judge saying they lied on the witness stand).

Chris Meadows of Teleread pointed out when i saw him this weekend that Judge Cote repeatedly described Sargent, Reidy, and Eddy Cue of Apple as being not credible. I missed this myself because the mentions were all in the footnotes, but the word credible was used so much that it could be turned into a drinking game.

Those footnotes are worth noting because they (as well as the ruling, earlier settlement agreements, and Judge Cote’s response to the amicus filings last year) offer signs that Judge Cote is not inclined to believe claims made by the publishers.

All the signs point to a likely outcome of the Judge imposing terms at least as strict as the ones proposed by the DOJ, and possibly even more strict. I floated the possibility that Judge Cote could order Apple to divest itself of their content division, and while that is a little extreme it is not impossible. 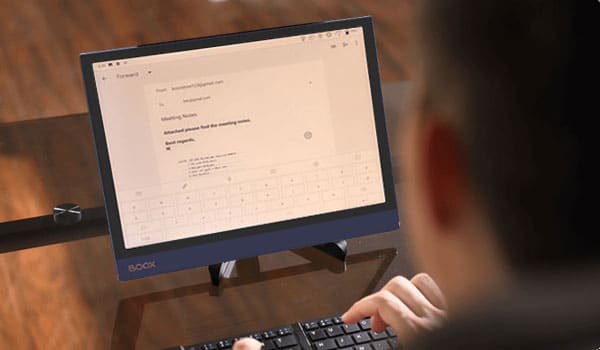 Do you remember back when the publisher settlements were first proposed and Apple objected on the basis that they were punishing Apple before Apple ever came to trial?

It’s a fitting symmetry, that. Kind of like bookends.

I forgot about that, LOL.

Also, just to note, you should always pay extra special attention to footnotes in legal decisions, because those are often the best parts—the places the judges feel free to make the snarky little asides they don’t make in the main body of the document. I mean sure, sometimes the footnotes are references to some case or other, but when they aren’t, they often tell the most important (or at least funniest) parts of the story.

The footnotes are always the best parts of legal decisions. Also "not credible" is judgespeak for you are dirty, bald-faced liar and I don’t appreciate it, mister.

There were some good ones that weren’t in footnotes, like this one:

"Sargent did not expect the meeting to go well. As he put it, he was 'on [his] way to Seattle to get [his] ass kicked by Amazon.' He was right."

I wonder how much thought the BPH’s gave to that protest. I suspect not much because they just telegraphed their intent to restore the price fix regime in two years. So the Judge can now add that to her considerations during the trial and go look for a solution to prevent it.

They may have just tilted the balance towards forced divestment.

Apple has made it clear that they aren’t interested in healthy competition so let’s get it done. Euthanize the beast! After the BPHs have boo-hooed for a while, they’ll get over it and be ready for the next big thing.

I really, really want to know what DOJ offered to Apple if they had settled rather than going to trial.

I don’t think the publishers making their wishes public in this matter will be of any help to Apple and may actually prove to be detrimental.

Here is a quote from a Justice Dept. spokesperson I found on a Huffington Post article:

"The proposed relief does not modify the terms of the settlements we reached with the publisher defendants," she said."

May I assume that the settlement indicated the BPHs could resume Agency sales after two years but no guarantee was made that Apple could be one of them? This part makes no sense:

HIH could they have legally entered into new Agency agreements that would automatically "kick in" at the end of the two years? Am I reading that wrong?

"HIH could they have legally entered into new Agency agreements that would automatically “kick in” at the end of the two years?"

I don’t think they could sign that type of contract. They’re not allowed to negotiate that kind of contract (or so I thought).

BTW, that HuffPo article appears to be the same as the WSJ article I quoted last night,

When you get right down to it, the DoJ is basically doing the same thing to Apple that Apple did to the publishers. As I’m sure the DoJ will happily point out, the publishers are still perfectly free to make any deals they want to with anyone except Apple. It’s just that, since Apple can’t make the same deal, it will be in a position to undersell them anywhere else if their deals with those other stores are more restrictive.

Just as Apple’s MFN clause meant they were effectively forcing agency on everyone else. Clever.