Barnes & Noble’s clown-car operation is immensely entertaining to some in the industry but publishers aren’t amused.

The WSJ reports that publisher met with Len Riggio’s tailor to express their concern over the high turnover rate for B&N’s CEO position.

Book-publishing executives expressed concerns to B&N about continuing management instability at the retail giant and the direction of the business, in the wake of the sudden firing last month of Demos Parneros as chief executive.

Mr. Parneros was terminated without severance in July for violating company policies. The company said at the time that his dismissal was unrelated to issues of financial reporting or fraud, but offered no further guidance.

The next CEO will be Barnes & Noble’s sixth since 2013. During that stretch, the company’s sales have eroded significantly despite various turnaround strategies under multiple management teams, from store closures to stepped-up marketing of toys and gifts, to opening stores with restaurants.

Publishers relayed their concerns in meetings with Barnes & Noble in the weeks following Mr. Parneros’s exit, people familiar with the matter said. They indicated that they have a strong interest in Barnes & Noble running a healthy and stable business, to counteract the clout of Amazon.com Inc. in book retailing.

The invitations to the private meetings were extended by Leonard Riggio, the bookseller’s 77-year-old executive chairman and largest shareholder. He was joined by Timothy Mantel, the chief merchandising officer who is on the rise at the company, the people said. He is one of three executives who report directly to Mr. Riggio and are running the company until a new CEO is hired.

Riggio reportedly told publishers that he was fully committed to the company and had a plan to turn things around.

As anyone who has watched Barnes & Noble over the past few years can tell you, that plan consists of closing stores while hiring a new CEO every year and randomly trying new business plans such as opening restaurants, selling tchotchkes, talking about opening smaller stores, spouting buzzwords an investor calls to cover for their lack of direction, and generally throwing all their ideas against the wall to see what sticks.

While all of this is fascinating in a morbid way, it doesn’t change the fact that the emperor has no clothes. 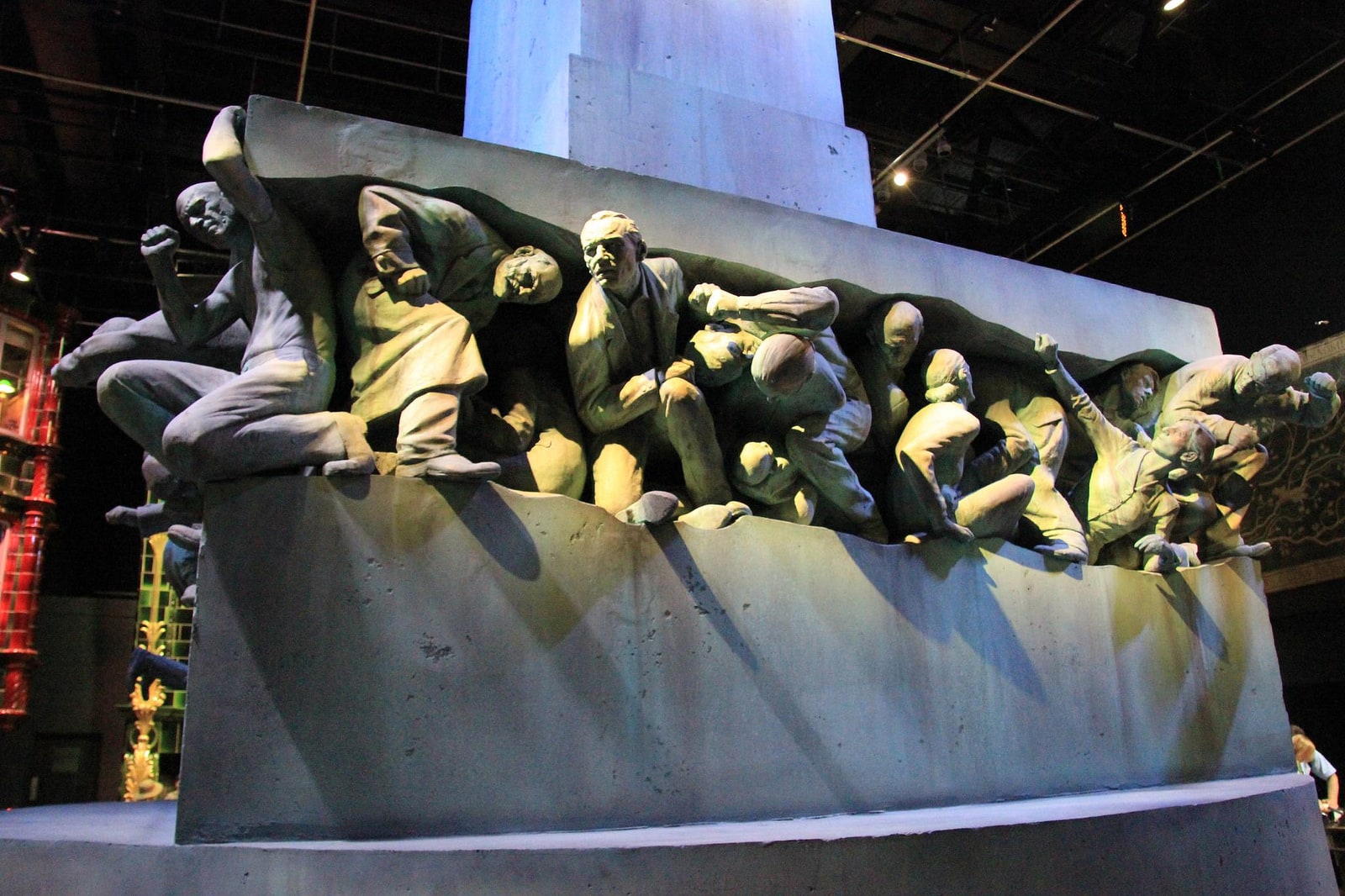 Mr Riggio isn’t totally nekkid and he does too have a strategy for B&N.

Since he found nobody willing to buy the rotting fish, he pivoted to plan B: extracting as much value from the company and its line of credit via dividends and occasional pump-and-dump stock sales.
Once the balance of debt vs value reaches the optimum point…

The key question everyone is avoiding: What would a publishing/book world look like without B&N around?

B&N is very visible, but they don’t really sell that large a percentage of the total book market. There would be news pieces for awhile and life would just go on.

Well the publishing companies will consolidate and dump everyone but the A listers. The loss of gatekeepers means we’ll come across a lot of writers who were ignored or rejected and some might become popular

The qig5 fear B&N won’t be there as a foil the next time they have to sit down at the table and talk contracts with Amazon. I’m sure the writers will be glad if 'agency' dies and they can have their ebooks sold at prices people will buy.

Agency suits them just fine and they deserve the fruits of Agency.

The image of the B&N storefront at the top of the article is emblematic of one of their problems: trying to be everything to everyone.

Has anyone gone into a B&N to buy music? Movies? I’m sure they sell some of each, but enough to justify the in-store footprint? What about toys and tchotchkes?

They need smaller stores (reducing their costs) for one thing. Keep the cafe, I guess, but acknowledge that people are reading books in there without buying them and raise the prices a little. If you want to be a bookstore, be a bookstore. Ditch the rest and focus on books.

Here’s an absurd anecdote: a friend recently went to his local B&N to buy his son a book on the school summer reading list. They only had the $17 edition. So my friend checked the B&N website and found the same edition offered there for $12. He asked the store if they would price-match *their own website*. They said no. So he ordered it online, had it shipped to the store, and went back to pick it up. That’s ridiculous. You can’t compete with Amazon by providing bad customer service.

I would say make sure to hire and retain people who know books and can recommend them, but B&N already fired a bunch of those folks.