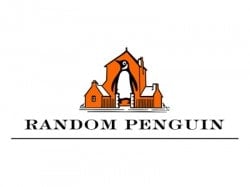 Bertelsmann announced late last week that the merger between Penguin and Random House had passed muster in Canada. According to the press release both the Department of Canadian Heritage and the Canadian Competition Bureau have signed off on the deal.

Authorities in the US, EU, UK, NZ, and Australia have already okayed the merger, leaving only India and South Africa as the last 2 countries to finish their regulatory assessment (or at least I cannot see any sign that they hve approved the merger). This deal will also encompass Penguin’s operations in China as well as Random House Mondadori, a Spanish language publisher that operates in Spain and the Americas.

When the deal is finalized, the new conglomerate will be 53% owned by Bertelsmann and 47% owned by Pearson. The deal was originally announced last October and has been winding its way through the regulatory process ever since.

On a related note, one of my reader’s has been arguing that this deal is part of Pearson’s plan to get out of trade publishing. I’m still not so sure, but then again I may not fully understand the financial aspects mentioned in the original press release:

Would anyone care to explain the above paragraph? I understand what the words say but I think I missed the context of the deal.

You Can Now Check Out Library eBooks at Seattle’s Airport

I am not a financial expert, but I read it like this:

Well, the first bit is plain. For the next three years, neither can sell any part of the joint venture.

Now, as Pearson has only 47%, they can’t stop Bertelsmann doing anything it wants with the joint venture, so Pearson want a way to extract themselves from the deal. So they might decide to abandon the venture, and sell their 47% to Bertelsmann.

But if Bertelsmann choose not to buy Pearson’s part of the business, Pearson can force the venture to borrow a large amount of money (3.5 x gross profit) and pay it out to the shareholders, i.e. Bertelsmann and Pearson. In this way Pearson can effectively extract three+ years profit from the venture immediately.

And after five years, either partner can force a sale of the business.

I don’t think Pearson or Bertelsmann expect these options to be exercised. They’re just there to give the minority (Pearson) Bertelsmann leverage over the majority (Bertelsmann).

BPHs are known to craft contracts with clauses nobody expects will "ever" be exercised…
…until they are excercised.

BTW, I have recently seen the case made that the proper name for this new entity is Random Penguin Solutions, as they clearly expect to rely on the author solutions business model for content acquisition and revenue growth.

The moment I saw it I knew it nailed them. It says what it is and why.