The ReLire Digitization Project is Facing Questions of Accuracy, Validity, and Legality 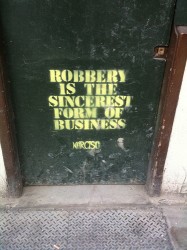 Digitization projects like the HathiTrust, Project Gutenberg, or the Internet Archive can be a good thing when treated as a nonprofit effort, but when you mix in a commercial interest the best intentions will likely take a back seat to the money.

That certainly seems to be the case with France’s ReLire project.

When I covered this project last week, I glossed over the fact that the intended goal was to digitize and sell ebooks rather than simply make them available for free.  That was perhaps a mistake on my part because opponents to Relire have raised a number of objections that should make you wonder just whose interests are being served here.

Like I reported last week, ReLire, which ostensibly is being run by the Bibliothèque National de France, has the goal of identifying and digitizing books that are "theoretically" orphan works. In theory, the titles in question were published in the 20th century and are currently out of print. I am using the quotes around the word theoretically because it seems more than a few titles on the first list of titles released by Relire are neither orphan nor out of print and shouldn’t have even been on the list at all.

Team AlexandriZ, a French digitization/pirate site, has been cataloging the issues they have identified with the 60,000 titles on Relire’s list. It makes for an interesting read. For example, the legislation that authorized the ReLire project was passed on 1 March and a committee was formed on 20 March to select the first list of possible titles that might be digitized.

That committee released the list of 60 thousand titles on 21 March.  That must be a sign of an impressive work ethic, wouldn’t you agree?

Of course, they did have a fair amount of help. Some 10,000 titles on the list were reportedly submitted directly by publishers (including the publishers sitting on the committee). It is possible the publishers found the requirement of identifying and negotiating with the copyright holders too onerous, so they instead handed the responsibility off to ReLire.

But those aren’t the only problems with this project. This first list contains at least 300 books that were published after 2001 (example) as well a reference catalog, books published before 1900 (I have not confirmed this), and translated works.

That reminds me. The translated anthologies I mentioned last week should never have been included; ReLire was supposed to specifically exclude all translations. Luckily, it appears that the anthologies have been quietly removed from ReLire’s catalog.

That’s good, because I know of at least one author who had tried to file an objection and was thwarted. She had a story in one of the anthologies, and when she tried to  get her story removed from the list she found that the online forms on the Relire website didn’t work.

Team AlexandriZ has noted one particularly egregious set of titles that shouldn’t be on the list, and they put together a spreadsheet of 47 titles originally published by one of the members of the committee. The spreadsheet includes books that had editions published as late as 2006.

Why would a publisher submit his own publications, you ask?

That brings up one of the other questionable aspects of ReLire. It was announced a couple months ago that the BNF will use their own funds to digitize around 10,000 titles. Just to be clear, this is French taxpayer euros which are being used as a publisher handout. And to add insult to injury, the funds will be used to create ebooks that will later be sold to the French public.

If at this point you are beginning to question the real purpose of ReLire, GOOD. I think it is quite apparent that this project does not serve any public interest. But if I have not convinced you yet, try this one on for size. 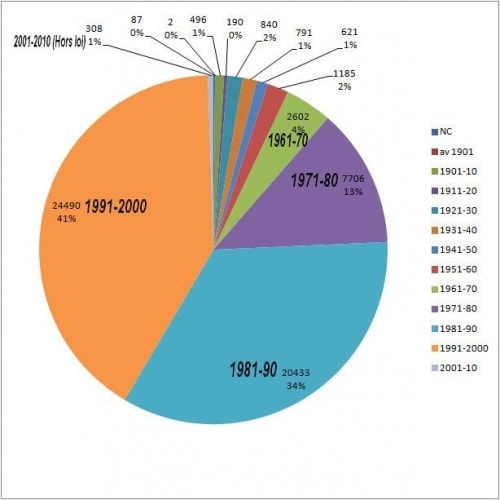 According to Team AlexandriZ over 75% of the 60 thousand titles were published in the last couple decades of the 20th centuries. The publication date is important because many of those 45 thousand titles probably have living authors who could have arranged to release new editions (had they wanted to do so).

And thanks to ReLire the authors will have the good fortune of being deprived of that choice.

Folks, I was careful to avoid criticizing ReLire last week but that is no longer possible. I would say that there is mounting evidence that this project is little more than an elaborate scheme on the part of French publishers. They are trying to get official sanction for an outrageous theft of copyright.

I use the word theft with malice aforethought; this is not piracy, nor a noble effort to rescue works from obscurity, but a calculated attempt to bypass the need to negotiate with authors for digital rights.

But on the upside, it does not appear that the publishers will get away with it. A number of French legal scholars, including Franck Macrez, believe that this project violates the French Constitution as well as international treaties.

Given all the other nonsense that has occurred I would not be surprised to learn they are correct.

I have always advocated a "use it or lose it" exception to the general copyright regime.

As I see it, if there exists a work that has been out of print for a long time (i.e. 50+ years), then the copyright law should permit any interested party to re-print that work, and to sell it, with some percentage of the gross revenue (as defined by law) set aside to compensate the copyright holder. (Note that out of print, as I define it, includes cases where the last print run was limited to a ridiculously low number of copies, or where the publisher offered an unlimited number of copies for sale at a ridiculously high price per copy.)

If the government of France had brought in such a scheme, I would have written to my MP suggesting that we should bring in some similar measure. As described, however, this program is not reasonable, and I wouldn’t support it.

And I think you won’t approve this section where the Publisher (the one that stopped using the copyright) gets a right of first refusal ?

Some could say that the author gets first refusal, but since no attemps to reach him personally is made, I don’t think that applies.

Actually, I would support giving the rights holder (author or publisher) the right of first refusal. But if that rights holder doesn’t rush a new edition onto the market PDQ, then someone else should be allowed to print it and sell it.

I’d be happy so long as the current rights holder isn’t allowed to say, once a year, year after year for the next fifty years, that "we have a new edition in the works, its coming out next year."

> living authors who could have arranged to release new editions…

Theoretically speaking, of course. We all know that paper-published works go out of print because publishers don’t think they can make enough money to justify the costs of warehousing, etc. And no amount of whining by an author is likely to change that. One would hope that in the future with POD and e-books, nothing need ever go "out of print" again.

>> living authors who could have arranged to release new editions…

Interesting point, but… Many of the most recent books are currently reprinted electronically or about to be. Two reasons: the cost of electronic reprinting is extremely low (authors are encouraged to do it themselves and, believe me, it’s easy) and many authors are fluent with their computer, they have kept their word processing files (which make the production of an epub even easier) and they are ready to go digital.
Many pure players ebooks editors appeared in the last two years – often specialized in a genre. They do a tremendous work of electronic reprinting and they are furious about the whole thing (see for example the "communiqué des Indés de l’Imaginaire"). Many books in the ReLire list have already been signed by them and have to be removed (they should never have been listed in the first place). Some (including mine) were already available as ebooks on the platforms (Amazon, Apple, Google, etc.). In fact, if the people in charge of consolidating the ReLire list had interrogated the Amazon Kindle database, they would have eliminated more than 10% of the books in it, simply because they are already available in digital format. But they didn’t… And now each and every author is forced to react on his/her own in order to suppress their books from the list. It’s a shame !