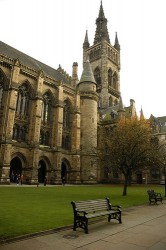 A couple weeks ago the Book Industry Study Group held a conference called Making Information Pay for Higher Ed Publishing. I was not at the conference myself, but I just came across the slides for the presentations and they reveal some interesting info about the college textbook market.

Prices are still going up (feeding into the price bubble), students (still) aren’t adopting textbooks in droves, and one new detail is revealed in the slides: students own tablets but aren’t studying on them.

Carl Kulo of Bowker Market Research gave a presentation (slide), and he told the conference attendees that the average price for a new paper textbook was now over $82, up from $57 in 2006. Needless to say that is far higher than the rate of inflation, though not quite as steep of an increase as the US Census Bureau reported. Bowker’s data also showed that over 75% of the money spent on college textbooks goes to new copies, not used, and that figure has grown slightly over the past 5 school years.

Later in his presentation Mr Kulo revealed that the average price of a paper textbook (both new and used) was $65 in 2012, while the average price of a digital textbook was $61. Contrary to the marketing hype spewed out by the publishers and Amazon, that’s not a whole lot cheaper.  Of course, students had already figured that out, but it does provide confirmation for why the adoption rate of digital textbooks has been so low.

Len Vlahos, BISG Executive Director, followed up with a look at what students were doing with their purchases. His presentation was drawn from a recent BISG report, Student Attitudes Toward Content in Higher Education, which you can buy now. The first thing he shared was that the BISG saw a notable drop in students buying textbooks, with fewer than 60% buying the core textbook for their class (down from 72% the year before). This confirms a trend I’ve been reporting on since 2011.

On a sidenote,  there’s a detail buried in Mr Vlahos' presentation that could spell doom for B&N.  In 2011 Amazon increased their share of the college textbook market by taking it away from college bookstores. Guess who runs college bookstores? Barnes & Noble. If Amazon can repeat that trick then B&N College will start losing money instead of eking by.

According to the BISG, student ownership of tablets doubled in the past year, with more than one in 5 now owning an iPad, Android tablet, or some other device. But to the surprise of some, hardly any students reported using a tablet as their primary study device. Over 70% preferred a laptop, and even smartphones scored higher than tablets.

I’m not surprised by the statistic because I don’t think a tablet is a good study tool. A laptop beats it hands down thanks to the better software, greater functionality, and generally more complex interface. And my guess for why smartphones rated higher than tablets is that some students went ultra-mobile when they got their first smartphone in high school 4 or 5 years ago and never looked back.

That’s not a very large number, nor is it growing nearly fast enough to justify the hype that the textbook publishers have been putting out.

But in spite of the lack of growth there are numerous startups like Kno and Inkling that continue to invest in this niche. What’s more, the textbook publishers themselves continue to trot out new platforms and new textbook titles, all in the hopes that they can carve out a few more sales.

I figure the publishers expect to find a way to force students to buy digital textbooks as part of school level discount plan, but in spite of the pilot programs this past school year I don’t expect that to go well.

If nothing else institutional inertia will keep universities from adopting the subscription plan on a large scale. And if that doesn’t do it, students balking at being forced to buy a textbook will tend to throw a wrench in the works.

All in all it’s going to be an interesting few years in the textbook industry.

Hello? Remember the chicken or the egg?
Once students can get their hands on digital books, tablet use will go up.
Isn’t that obvious?

When I was a student, some of us played fast and loose a little with the rules — others a lot. Among other things, a buddy and I cracked the university’s "encrypted" electronic parking pass system, just to see if we could…

I have scanned a good many books on an ordinary flatbed scanner, using ABBYY FineReader both for scanning and OCR. The typical textbook would take about 45 to 60 minutes to turn into a serviceable PDF. If I were an 18-yo college student today, I feel reasonably certain that a few friends and I would get together — however many we figured could keep a secret — split the cost of one book, and make PDFs for all of us. I’m not saying that anyone would actually do such a bad, awful, illicit thing, but the higher the publishers jack the price, the bigger the incentive they give.

And then there would be the delicious challenge of finding out how difficult the DRM truly is to crack. In general, if it can be displayed on a screen I cannot see any way in the world to prevent a file being hijacked. How could a technogeek student resist trying it?

I think the textbook extortionist publishers are living in a fool’s paradise if they imagine they can raise prices without limit.