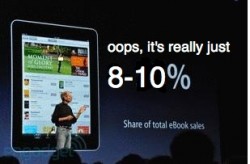 Apple has long had the ability to convince bloggers that their latest product is the most wonderful and most original and most unique thing in the world. It’s called the Reality Distortion Field and based on what I have read this past week Apple appears to have improved upon their distortion field and is now using it to convince people to believe in some revisionist history.

A little bit of research (or a long memory) would have revealed the truth: Apple had around 10% of the market, but used a very clever sleight of hand to successfully leave you with the impression that they had 20%.

This particular example of the reality distortion field happened during Steve Jobs' keynote at WWDC 2010. You might not recall but Jobs spent a few minutes talking about the success of the iPad and of iBooks. Seeking Alpha debunked the sleight of hand back in 2010, and they did it so well that I see no reason to repeat their effort:

It’s simple. Jobs reported that iPad’s 2 million owners have downloaded over 5 million ebooks, and he helped us with the math by telling us that this comes to about 2.5 ebook downloads per iPad.

He then said that five of the six largest publishers had told Apple that 22 percent of those publishers' ebook sales were coming through the Apple’s iBooks app for the iPad.

All well and good so far, and let’s stop here to give credit where credit is due, because that 22 percent figure is impressive for a company that was not even in the ebook business until this year. It is clear, at the very least, that — strictly in terms of ebook market share — Apple and its iBooks store are shaping as worthy competitors for Amazon (AMZN) and its Kindle Store.

But as Jobs was announcing the 22 percent figure, please note the slide that appeared on the screen behind him: 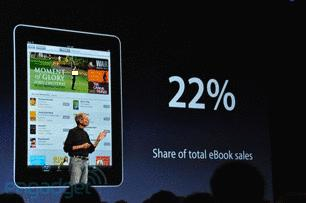 Now, I’m sure that a number of people are going to say that I am wrong. After all, one of Apple’s executives got up on the stand and made that claim under oath. So it must be true, right?

Well, no. I could brush that off with the simple observation that personal recollection is faulty, but I also have other info. My data, which came from a source I trust implicitly, suggests that Apple had around 10% of the US ebook market in late 2011 (from this post).

If Apple had 20% of the market in early 2010 then where did their market share evaporate to? And how did they build it back up?

Disagree with me all you want, but I think it is more than likely that Keith Moerer fell victim to the reality distortion field. Moerer really does believe that Apple had 20% of the ebook market in 2010, and this is a problem.

It’s a problem because it is a sign that the reality distortion field is even affecting Apple’s own executives. They’re drinking the Kool-Aid, which is not a conducive to the long term health of the company. 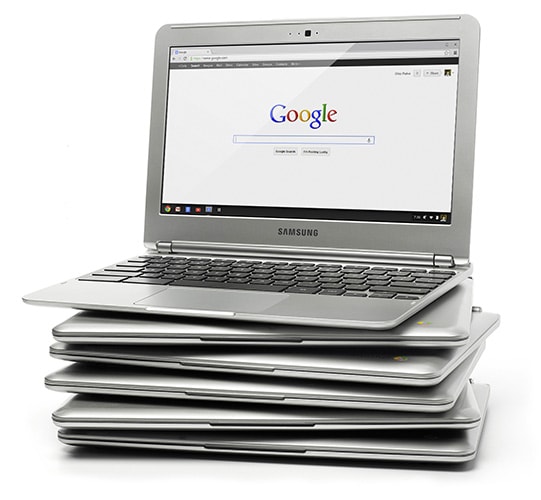 LOL, well if they can bring Michael Jackson back to testify, there is significant hope you’ll sort this with the help of the big man himself!

1- The numbers I remember from Nov 2010 had Apple third in the IOS environment (not the broader ebook market), handily outsold by both Amazon and Nook. Shortly afterwards they came up with the in-app sales prohibition along with prohibiting even the mention of alternate ebookstores. (June 2011).

2- If Apple does have 20% of the broader market today, where did it come from? Certainly not from Amazon? They were at 60% and remain at 60%.
The obvious victim of the conspiracy turns out to be B&N.

So all the BPHs achieved with the consporacy was to cripple B&N and give *their* market share to Apple.

Bezos must be thinking that with enemies like those you barely need friends. 🙂

Yeah, that’s no longer true. Nook didn’t grow as fast as other ebookstores, so their share has to have shrunk.

Whatever Apple’s share may be, it is clear it is coming out of the "not-Amazon" crowd. We know Fictionwise and BooksOnBoard lost all their market share. Not sure Sony had enough share that we could even measure their losses but with Kobo it’s a safe bet they lost at least a chunk of their growth potential.

All the conspiracy achieved was to consolidate the industry into Amazon, Apple, and a bunch of wounded dwarves.

And Apple is still fudging numbers.

LOL, I love fudge and like numbers!
But who cares? With iBooks coming to the Mac and epub3 progressing nicely, life should be good.

I think that iBooks coming to OSX is a good thing and a step in the right direction. However, it isn’t enough for me at least. Part of the reason I got my first Kindle in 2010 is because I could read Kindle books on pretty much any platform. And while I read mainly on my Kindle Keyboard, it is nice to know that I can read on other devices.