Riggio Has 99 Problems, But Saving B&N Ain’t One 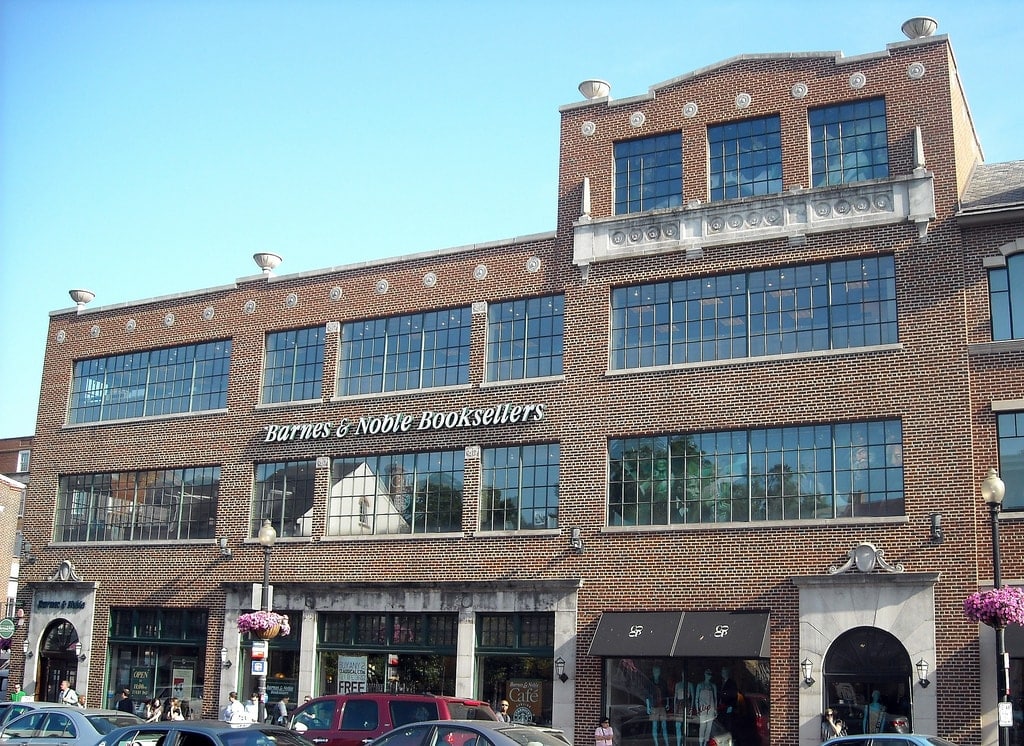 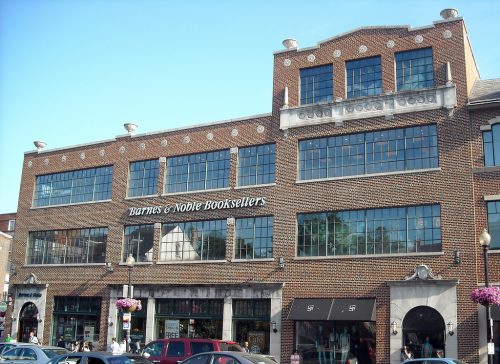 Remember last Friday when I described B&N’s road map as "throw ideas up against the wall and see what sticks"?

Apparently my snark struck home. The NYTimes  published a piece on B&N on Sunday. It was rather thin on details concerning B&N’s future plans, but it did say that Riggio had 5,00 ideas on what to do next:

Some publishing executives privately express hope that Barnes & Noble will be sold, perhaps to Indigo. Mr. Riggio didn’t rule out the idea of a sale, although he said he didn’t think “this is the time to sell the company.”

“We’ll be responsive to our shareholders,” he said. “We always have to entertain offers that come along.”

Mr. Riggio said he still hopes to retire someday. In the meantime, he has about “5,000” ideas for how to lure customers back to Barnes & Noble.

“I want more people to buy and read books,” he said.

It is looking more and more like Riggio’s real plan is to maximize his profits while running B&N into the ground (exactly what a reader suggested on Saturday).

If you think no one would be that callous or self-destructive to kill a company by degrees, then you haven’t been paying attention to the murder of local newspapers.

The malign genius of the private equity business model, of which more in a moment, is that it allows the absentee owner to drive a paper into the ground, but extract exorbitant profits along the way from management fees, dividends, and tax breaks. By the time the paper is a hollow shell, the private equity company can exit and move on, having more than made back its investment. Whether private equity is contained and driven from ownership of newspapers could well determine whether local newspapers as priceless civic resources survive to make it across the digital divide.

The Bastrop Daily Enterprise, in the northeast corner of Louisiana, was founded in 1904, part of a small family-owned chain. The newspaper did a thriving business, with 30 employees and $1.5 million in annual revenues. “We served our communities, won awards for our reporting, and made good money for the owner,” says a former staffer who asked that we not use her name. Then the Enterprise was bought by GateHouse Media, the newsroom was gutted, and all operations were centralized by the new corporate owners.

“Now they’ve got maybe eight people,” says this former employee. “They’re lucky if they’re doing $600,000 gross. I remember what these papers used to be. It’s unrecognizable.” Few citizens of Bastrop, however, know the reasons behind the wasting of the Enterprise because no one has reported on it.

All signs point to Riggio following the same plan. This would explain B&N paying dividends despite falling revenue each quarter, and the wholesale firing of the receiving managers this spring. Both measures are designed to boost short term profits at the expense of long term growth.

Could B&N survive if it were given a chance? I don’t know. Some retailers, including even bookstore chains, have survived the rise of internet retailing.

Then again, they didn’t have Riggio at the helm. 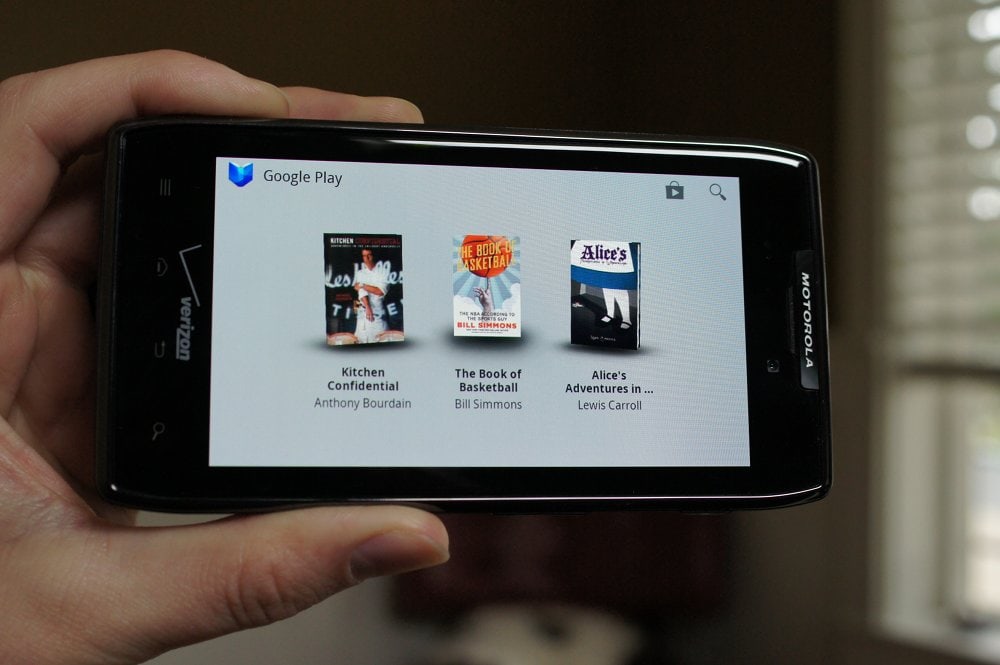 Look up the history of Adelphia.
Look up Riggio’s history of B&N. Things like the purchase of the once independent college bookstores from the Riggio’s to B&N and the spinoff a few years later.
They have a history of shareholder lawsuits.

Riggio is now 77 years old. No surprise at all he is not into long-term thinking.

Admittedly, he has given a lot of money to charity projects, so there’s that. But it still sounds reasonable that he wants to get as much money as possible out of B&N, and then drop it. Live his last ten years in splendor. Yes, I’m cynical today.

Waiting for Riggio to call in "Chainsaw Al."
https://en.wikipedia.org/wiki/Albert_J._Dunlap

Barnes and Noble could’ve been viable and it’s Nook would’ve been a solid choice for ebooks. But it had the misfortune of being run by Roggio. He had no intention to continue its viability with the leave of the traditional publishers and could easily blame Amazon for all the woes.
Too bad because if Barnes and Noble had been run by say indigo/kobo, then we wouldn’t worry so much.
xavier

I agree with your comments about Roggio. He’s the same type of vulture that loaded Toys R Us with debt, shut it down and walked away without losing a dime. However, IMO you give the traditional publishers too much of a pass in this slow motion disaster. As I believe Nate wrote, the traditional publishers all sent reps to meet with Roggio after they fired the latest CEO for violating company policy. The publishers claim they care about B&N because they’re the last chain bookstore able to compete with Amazon’s dominance. The traditional publishers I think do have enough clout that they could force changes on Roggio, or at least force him to adopt a strategy other than “throw things against the wall and see what sticks.” Instead they publicly express support for Roggio’s terrible management.

Credit where credit is due: Riggio built up B&N over decades from nearly nothing. Once upon a time he was a shark of bookselling.
But those days are long gone.
He just has no understanding of 21sf century retailing and he seems to have given up any real hope of fixing B&N or selling it to somebody who might.
They’re just playing out the string until the inevitable and they hit the ground headfirst.

I always preferred Borders to B&N because Borders usually had what I wanted at a cheaper price. But I definitely don’t want to see B&N disappear. IMO one of the saddest indictments of B&N’s corporate leadership is illustrated by one of Nate’s prior posts that’s linked under this one. Nate wrote about B&N “considering” smaller stores back in September 2014. Almost exactly five years later B&N still hasn’t fully implemented this strategy. They could be in much better shape than they are now if they’d just picked a strategy and gone with it.

Holiday book gifting isn’t as big as it used to be so they’ve lost a part of their big seasonal boost.