Ros Barber: Self-Pub is for Non-Fiction, Not Fiction 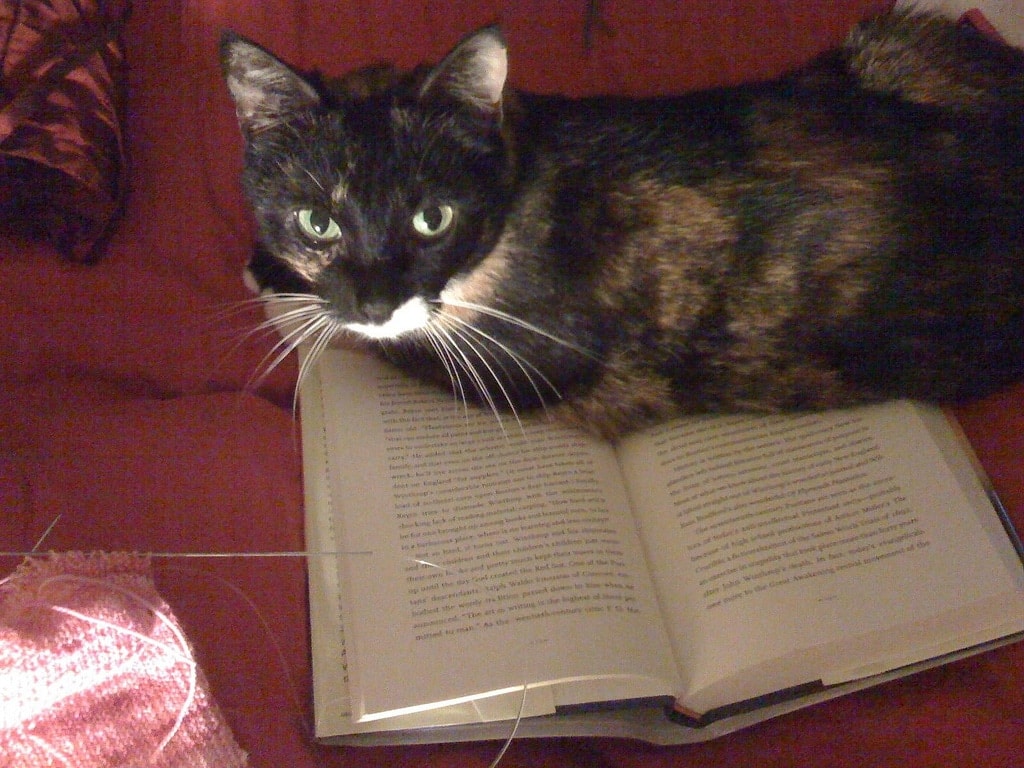 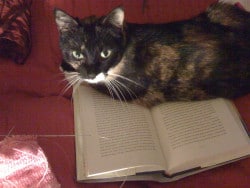 When author Ros Barber declared on Monday that she would rather choose poverty than self-publish a book, she ignited a firestorm of debate and criticism.

Paul Mackintosh responded by publishing a passive-aggressive open letter on Teleread, Ed Renehan described her arguments as "cogent but incorrect (and utterly elitist)", and the debate society at The Passive Voice blog took her arguments apart while heaping scorn on her head.

The followers of TPV responded with hostility both because they disagreed with Barber’s position and because they dug into her online footprint and discovered that she is herself a self-published author.

Barber has self-published two nonfiction books on Leanpub, and she has a Patreon to support her writing. Those two facts led some to label her a hypocrite, but the real situation could be more complicated than that.

For starters, a close reading of the intro to the article reveals a subtle clue that tells us this is not a straight-forward hatchet job:

… The blog was widely shared on social media, and viewed by nearly 10,000 people in its first week. The shock, agreement and commiserations were followed swiftly by people telling me what I really need to do is self-publish.

Now, I understand that “indie publishing” is all the rage, but you might as well be telling Luke Skywalker to go to the dark side. Despite royalty rates of 70%, I think self-publishing is a terrible idea for serious novelists (by which I mean, novelists who take writing seriously, and love to write). Here’s why.

That final sentence sparked my curiosity, so I followed up and asked Barber on Twitter whether she could explain what she meant. "I wasn’t attacking self-publishing. I self-publish non-fiction. The article was about why I don’t self-publish my lit fic," she told me in a tweet, adding that "Which doesn’t mean other people shouldn’t, or that I judge anyone for self-publishing. That would be stupid since I do it!"

That clarification would tend to negate the hypocrisy label, but does it affect the validity of her arguments, or lack thereof?

In my opinion, no.

To name one example, Barber argues that if "you self-publish your book, you are not going to be writing for a living" while blithely ignoring the fact that this statement is equally true for the vast majority of traditionally published authors as well. She then goes on to commit a post facto logical fallacy when she argues that "self-publishing can make you behave like a fool" (one does not cause the other, obviously).

And that’s just a few of the more obvious problems; what did you think of the piece?

Do Barber’s self-published books change your opinion of her view? 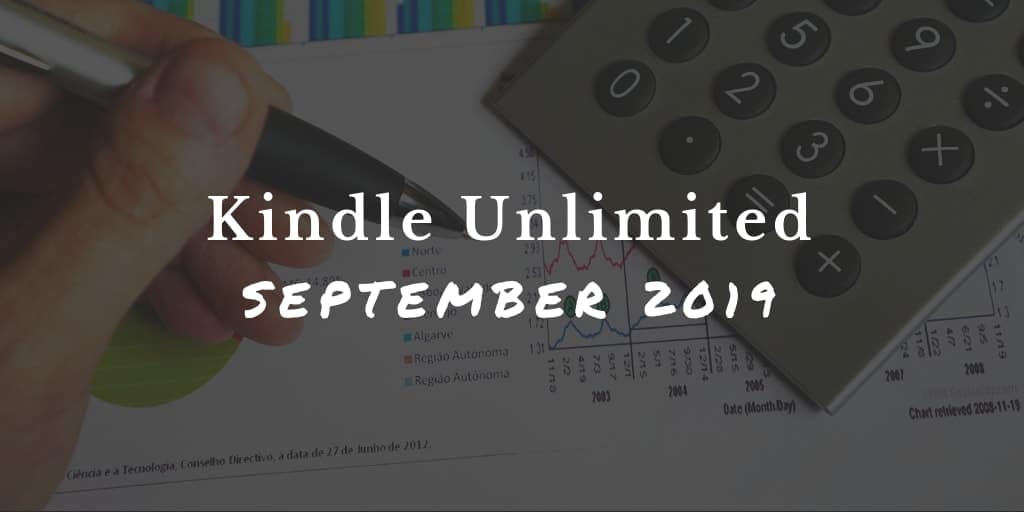 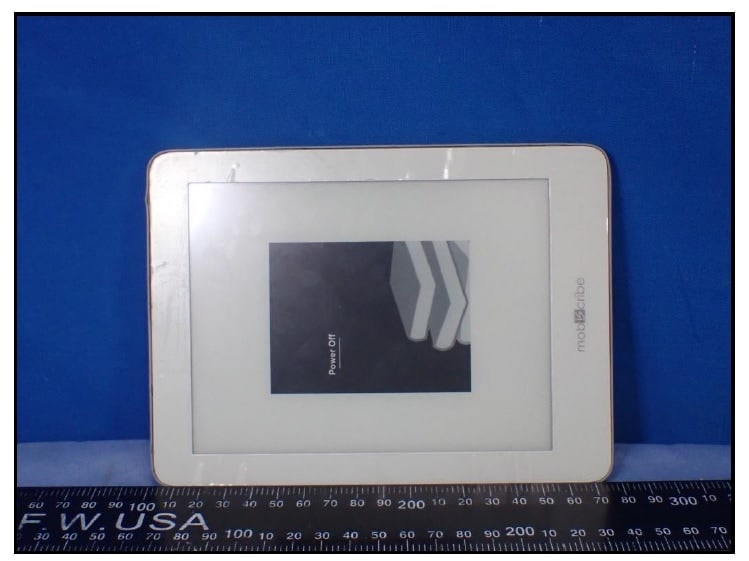 "you self-publish your book, you are not going to be writing for a living"

The point of her piece – in the title – is that if you traditionally publish, you’re not going to be making a living either. Given her Kindle rank (and $16 price), her book isn’t selling, which means she has to do all the stuff that self-publishers do. She expressed to me on Twitter that she would rather not be read at all than self-publish: https://twitter.com/rosbarber/status/712242086037364736. It’s an old school perspective, really: she’s more after validation than being read.

This is the kind of stuff that was being said in the pre-Kindle days, before self-publishing itself got some validation b/c people made a lot of money. Now all she’s got is: some self-publishers act poorly, therefore it’s all bad. It’s maddeningly judgmental. Not even in the literary vs. genre debate – it’s just a terrible position to paint any group by the actions of a few. And given she also self-publishes, she’s painting herself with the same brush! Just a misguided piece all around.

Nope.
Insulting people you don’t know is never a sign of wisdom.
And her words were insulting. Especially to the very many people who are successfully doing what she claims doesn’t work.

There is nothing wrong with a writer choosing not to self-publish, for whatever reason. The problem with her piece is she seems to be giving advice to others, not just talking about her personal preference. And she makes several false statements, including that self-publishers "should expect" to spend 90% of their time marketing, which is simply not true. She also states that only traditional publishers know how to make good covers. (Not true. There are an awful lot of bad covers in traditional publishing and some terrific ones for self-published books.) She also makes a lot of statements which are not demonstrably false, but are probably bad advice, like implying that you will ultimately make more money in traditional publishing (unlikely) or that getting rejected is a good way to grow as a writer (probably not).

And then, of course, there is the snobby tone of it all, which is what grades on the teeth most. Of course, the idea that self-publishing makes you look foolish is pretty crazy from someone who comes across looking very foolish herself, complaining about being unable to make a living but telling others how they should live their lives and how to make money. It’s not far from someone in an abusive relationship explaining why it’s important to stand by your man. It seems almost tragic that in another post she links to she talks about how her advances keep going down even as she becomes more “successful” in traditional publishing by paying her dues, overcoming rejection, winning awards and getting critical praise. Yes, but they keep paying you less and less. How has all that rejection helped you? How has getting books through the snobby gatekeepers improved your life?

She has one valid point, which is that writers of literary fiction probably aren’t going to sell very well in a self-published environment, and that literary awards snub self-published work. So that’s true. But why is she worried about awards when she can’t make a living? And if you’re worried about sales, why not choose to right something people might actually buy? The idea seems to be that she likes traditional publishing because they give her money for books that don’t sell. Okay. That fits in with her notion that people should just give her money (through Patreon) so she can pursue her art without worrying about what people want to read.

But that ignores an important issue. If literary fiction isn’t popular, and depends on big publishers promotion in physical bookstores, what happens when all the genre writers start self-publishing? How long can big publishers continue to prop up the literary fiction market? Not long I suspect, and that’s why advances for literary fiction continue to shrink. So it strikes me as a dying art form. She acknowledges as much by saying it’s more like opera than pop music. Fine. But people who are focused on opera probably shouldn’t be giving anyone advice about how the pop music business works.

Her last clarifications are less sensible than her original statements.

But, of course, every horse carriage maker will tell you the automobile is doomed to failure.

I just went back and re-read her article. If anything it was worse than I remembered, pretty much ignorant, snobbish nonsense.

One thing that struck me was her applying the word "amateur" to self publishers, with the implication that people like her are the true professionals. Learning that she has self published leaves me wondering if I misjudged her and she doesn’t self identify as a professional. Given her productivity and her financial returns maybe she’s a hobbyist?

Oh, so it’s the classic "I actually have nothing against self-publishing! In fact, I’m all for it; some of my own books are self-published!" meme. Great.

And honestly, from my perspective, I think indie is what fosters writing for the love of it. I have a day job. I’m a long, long shot from being able to give it up to "write for a living," and even if I could, I don’t know that I would ever actually want to; I’m far happier having steady income stream, and insurance, and etc. I don’t have to sell books to pay my mortgage, and that means I can write and publish what I want to. And there are people who would say I’m not "professional" because it’s not my living, but I figure one has to define it for one’s self.

Literary awards don’t necessarily snub indie work. I can think of at least two open to it: the Pulitzer and the National Book Critics Circle award, the latter of whom has already recognized indie fiction (Dave Eggers' What Is the What got it several years ago).

It seems to me that they key phrase is "literary fiction." As in LITERARY, folks. Once you understand that, her statement becomes a tautology, which is to say that it’s a proposition that follows directly from the definition of its terms without any further evidence about the state of the real world. It isn’t "literary" unless it’s accepted by the "literary" people, which it won’t be unless it’s published by a "literary" publisher. What people think they are arguing about, I have no idea.

I published my reply as a blog as I was limited to 5000 characters by The Guardian.And today Ros is claiming the right to be sensitive on her own blog. Well, I’m sorry… http://jane-davis.co.uk/2016/03/22/dear-ros/

Thanks for the tip, Jane!

[…] or to go with an established house. For those keen to follow up even more reactions to the piece, here’s a round-up from The Digital Reader. After all this spilt ink all we can really conclude is that we’d […]