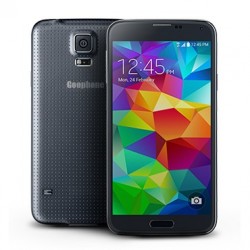 Goophone is a Chinese smartphone maker that has made something of a name for itself over the past few years. They’re well known for cloning smartphones made by many of the major manufacturers (as well as more than a few smaller makers). In some cases, it even churns out multiple clone variants for the same handset.

Over the past year Goophone has gotten rather brazen in copying smartphones. They’ve even been so bold as release copies of the iPhone 5c and 5s as the Goophone i5s and the Goophone i5C, either of which would fool the less observant into thinking Apple had made them.

And now they’ve turned their attention the Galaxy S5.  Samsung’s latest smartphone isn’t even on the market yet, and in fact it was only announced a couple days ago, but it already has a clone.

The Goophone S5 is only hours old, so I doubt that it has a physical existence just yet, but it is listed on the Goophone website.  It probably has no real existence other than as specs on a website,  but vaporware or no they’re pretty impressive specs. It sports a 5″ 1920×1080 display, and it’s going to run Android 4.2 Jelly Bean on a 2GHz MediaTek octa-core CPU with 2GB RAM, 32GB internal storage, Wifi, and Bluetooth. 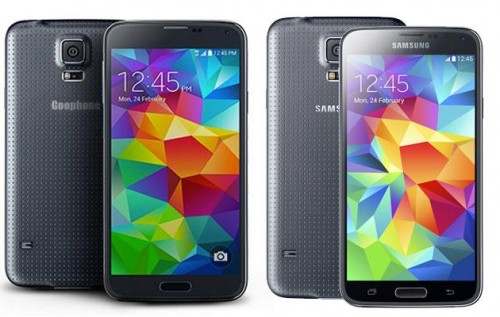 It also has a 2.8Ah battery and a pair of cameras (13MP and 5MP).  Retail is listed at $300, though of course you should take that figure with a grain of salt.

As you can see in the image above, the Goophone S5 is a virtually identical copy of the Galaxy S5, only without that pesky Samsung brand ruining an otherwise beautiful smartphone.