Scott Turow, author, litigator, and head of the Authors Guild, was interviewed on CBS This Morning earlier this week when promoting his new novel.

He had a few choice words for Amazon in this 4 minute interview, and then he goes on ramble about the current threats to American authors, including:

He even makes an off-hand swipe at librarians, which I think referenced the infringement lawsuit that several publishers lost against Georgia State University last year. That case was decided for GSU because one, the publishers flubbed it, and two, the judge found that almost all of the possible infringements were covered by existing fair use rules.

Yes, Scott Turow believes that the current fair use exceptions to copyright law are a serious threat to authors. But that’s not all. He thinks, I kid you not, that Amazon still dominates ebooks and that they’re killing bookstores.

But you don’t have to take my word for it; here’s Scott: 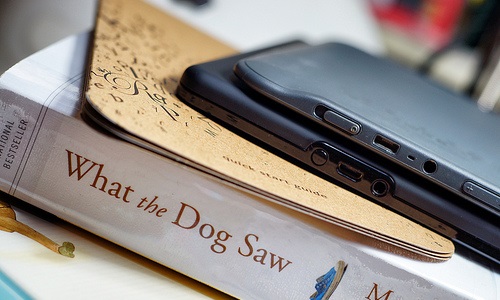 He also wants the dang kids to get off his lawn.

People not buying books there is killing bookstores, not Amazon. That is reducing HIS income stream, since bookstores have allowed certain authors like him to dominate the market. Other authors are working with Amazon instead of fighting them and doing just fine, and while Amazon has a majority of the e-book sales in the US, it has plenty of competitors that cut into the market. It no where nearly monopolizes the market which he is perfectly well aware of.

If you repeat it enough times it becomes true.

It’s amazing how his rants all line up with his interests and not those of writers.

Wait. So how does giving thousands of new authors the ability to earn a living publishing their material electronically hurt the number of voices available to readers and reduce author income streams again? I must have missed that when I was busy releasing my 23rd novel a few days ago. After cashing another record-sized check. Huh.

Hist true genius will only be known when Amazon has taken over the world and destroyed Western Civilization. It will be too late then, of course.
My heart cries when I hear this noble man say he will just keep fighting. They don’t make heroes like that anymore.
Never give up, Scott, for the love of all that is holy and sacred, never give up.

[…] Interview – Scott Turow: Amazon is Killing Bookstores, Fair Use is a Serious Threat to Authors (the-digital-reader.com) […]