No one is sure yet whether subscription ebook services are financially viable, but at least after today we can say that some VCs are happy.

Scribd announced today that they had raised $22 million in capital. The round was led by Khosla Ventures, and Khosla partner Keith Rabois will be joining the Scribd board as an observer.

Launched in 2007, Scribd has raised around $48 million in capital (including the $22 million mentioned today). According to Crunchbase, the last round of funding was in 2011 when Scribd raised $11 million.

Scribd opened its doors as a document hosting service but shifted its focus in 2013 with the launch of a new ebook subscription service. For $9 a month subscribers can read as many titles as they like from a catalog of around 600,000 ebook and audiobook titles from publishers including HMH, S&S, and HarperCollins. 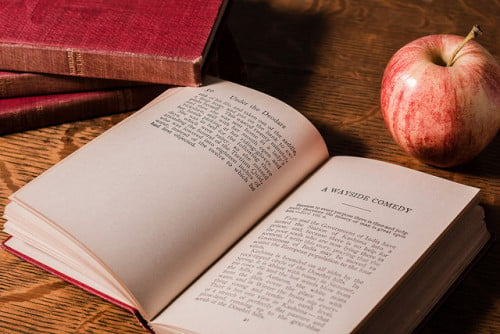 Scribd isn’t saying how many subscribers they have, just that the number of subscribers has been growing an average of 31% each month since the ebook service officially launched in October 2013.

Curiously, that growth isn’t reflected in Scribd’s userbase. They’re still saying that they have 80 million monthly users. Or to be more exact, Khosla partner Keith Rabois   is quoted by Techcrunch as saying that "With over 80 million users in nearly every country, the Scribd team is well positioned to grow to a massive global audience".

That quote caught my attention this morning because Scribd was using that 80 million users statistic when they launched the ebook service in 2013. This suggests that Scribd isn’t growing their userbase but is rather converting free users to paid users.

That’s good news, and it is probably the reason that VCs are happy enough with Scribd’s growth that they invested in a new funding round. The cost of maintaining a free userbase can be prohibitive, and there are many services which get by with only a single digit percentage of users paying for the service.

So what does this mean for the ebook subscription service?

I’m not sure. Scribd isn’t talking to me, but even if they were I doubt they would share this level of detail anyway. But we do know that the only subscription that Scribd is pitching on their website is for the ebook service so it’s not like they picked up new paid users for a pro document hosting plan (I can’t see any sign that they even offer one).

It’s my guess that Scribd is turning at least some casual visitors into subscribers each month. What this means in the long term is uncertain, but if enough of the new subscribers are only casual book readers and not hard core readers then it’s great news for Scribd’s medium term viability, and for the viability of the subscription ebook market.

I’ll let you know how popular a SCRIBD giveaway turns out. I’m helping sponsor a 3 month SCRIBD subscription as part of a giveaway with another author early next week. Will be interesting to see if people are interested and how many sign up!

I have a subscription and I do like most things about the service. I’m not that fond of reading on my laptop, however and I lack a tablet. I think I’d use it even more if I had a tablet.

I like the service from an author POV as well–in fact, I loaded more books up there because I think it’s working out well for me.

Maria, their phone app works really well for me also.

I’ve heard–but I don’t have a smartphone! All mine does is make calls and is for emergency use. :>) Yeah, I’m totally behind the times.

Far ahead of me in many ways, Maria 🙂

That’s half a million new users in six months, but no-one in their right mind is going to say Scribd has 80.5 million users in total. Even if they’ve added a million new users – or two million – taking the total to 82 million, it would still be standard maths notation to round down to 80 million.

A far more important issue is how many new subscribers KU has. Amazon tells authors they will reach new readers, but there’s scant evidence of that. Real sales plummeting suggests just the opposite.

I’m far more interested in SCRIBD because that is where my books are listed so "importance" may vary. :>)

Except it has been 14 months.

And you’d think with all the publicity they could have added more users as well as subscribers.

If they have Grandma Sue signed up and paying 9 bucks each month but she’s only reading one book each month, well, they are making money from her. That may impress investors far more than 20 Uncle Bens who read 18 books a month. Without more data, I don’t think we have a case either way for why the investors are so interested or whether they should be or not…

[…] hasn't revealed the number of paying subscribers, but they did recently pick up another $22 million in capital. That suggests that the VCs who invested are satisfied with Scribd's […]

[…] trade publishers, Scribd is arguably the largest service. And thanks to the $22 million in capital raised in late December, it's also the best […]

[…] where users can pay $9 a month to read as many titles as they like. It's a good service, and judging by the latest funding round, it's also a popular […]

[…] authors at that "hello bankruptcy" rate for the past 18 months, while in that time Scribd has raised capital at least once (possibly twice). I would have thought that the VCs would have pushed for this […]