Slides: Nielsen Details How Print Sales Have Declined Since the Rise of eBooks

Early in the third and final day of the DBW conference Jonathan Nowell, the President of Nielsen Book, shared new details about the rise of the US print book market in the years leading up to the modern ebook era – and how print sales declined in the years since.

You can find the complete slides at the end of the post, but the highlights include confirmation that mass market paperbacks took the biggest hit from the rise of ebooks, while nonfiction was much less affected. 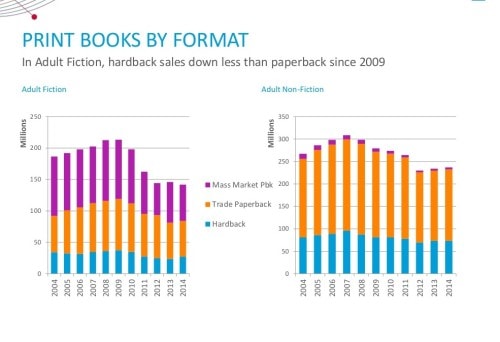 Given that everyone has already been saying that ebooks are predominantly fiction and that multiple textbook startups have failed in the past few years, this comes as no surprise. It’s just that we now have a graph to point to.

Actually, we have two graphs:

And that doesn’t even count the third graph which explicitly calls out how fiction print sale were growing 20% in the 5 years before 2009, after which they declined 37%. General fiction took the 140% hit in the ebook era, with almost half of their sales going digital, while fantasy sales dropped 58% as a result of readers going digital. Curiously, murder/suspense saw a similar decline, albeit one which started long before the modern ebook era; Neilsen reported that segment dropped by 40% starting in 2005 (what’s up with that?).

Similarly, the US nonfiction market has been declining since 2007 – before the modern ebook era could have impacted it. 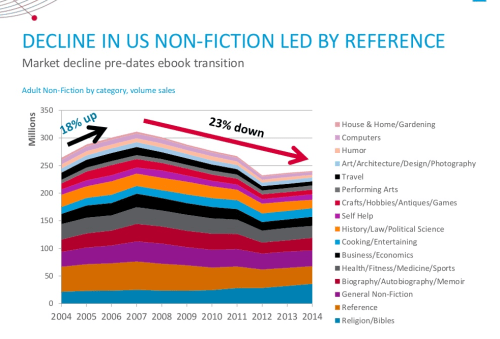 If you ask me, this is a sign of the impact of expert info freely available online rather than a sign of the digital transition. Which could explain why nonfiction book sales haven’t really transitioned to digital; instead they were replaced by free content.

All in all, this is a good read. 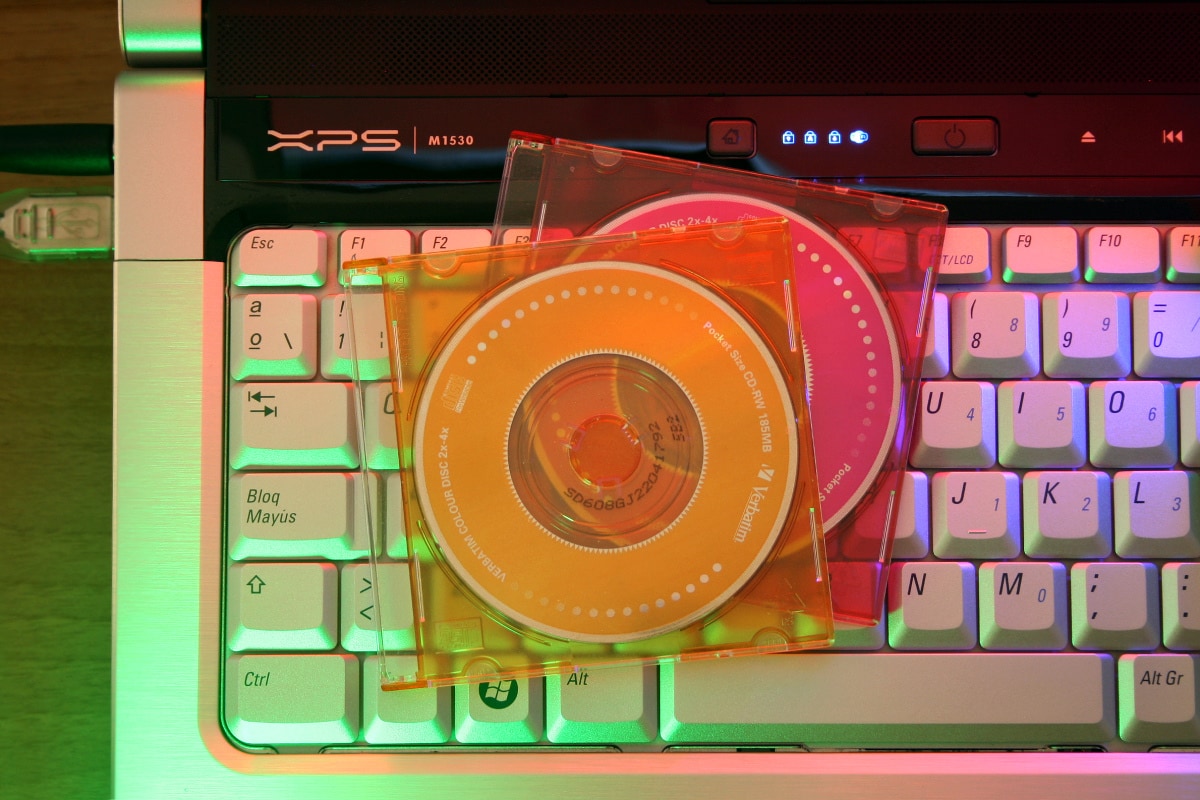 Disposable income went down in 2008 as well. Can’t help but believe that had an effect.

[…] Neilsen showing print sales for fantasy novels dropping by 58% since the rise of ebooks, it is actually long past the time when these ebooks should have been […]

[…] Nowell, the President of Nielsen Book, laid out in his talk the week before last how print sales have declined with the rise of ebooks over the past 5 years, and I'm sure that's […]