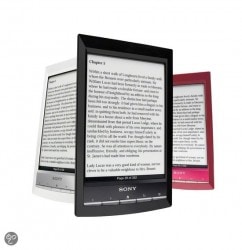 Sony announced their new ebook reader today and there were a couple bits of news that didn’t make the press release. Sony will soon be expanding their ebookstore into more countries.

The new Sony reader is indeed the one I found on Saturday, and it does have a 6″ Pearl screen, Wifi, 2GB Flash, touchscreen, stylus,and is billed as the lightest ereader there is (so what). It’s running a heavily concealed version of Android.

It’s going to hit store shelves in October  and cost (here in the US) $149. Yes, that is a lot less than the European price we saw on Saturday. The new T1 is also going to come bundled with a coupon for a free copy of Harry Potter and the Scorcerer’s Stone, which is also supposed to be available in October.

Of course the really interesting detail today is that  Sony will launch an ebookstore in the U.K. in October. They plan to have in excess of  100k titles on hand. They also plan to open stores in Germany and Austria later this year and in France, Italy, Spain next year.

They’re opening ebookstores? Why? They’re not doing a very good job in the US market, so I think it would be better to go with a ebookstore partner – kinda like what they did in Australia. The Australian models of the Sony Readers don’t have an ebookstore; customers are recommend to use Kobo (now run by Pearson).

In fact, I’d say that Kobo would be a great partner for Sony in Europe. What do you think? 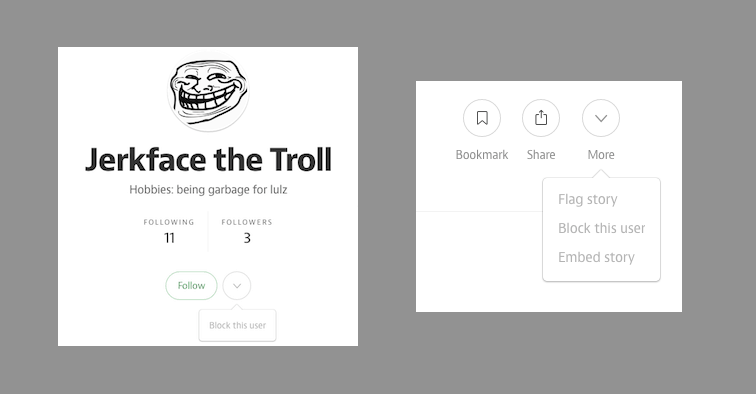 I think Sony has lost the plot long ago.

Really? The price point and wireless (two bones of contention) issues have been addressed. They retain a lot of what made their ereaders better than the competition while adding more like pinch-zoom. Something B&N and Kobo will probably add next year as they did with the addition of touchscreens to their current ereaders. Something still lacking from the Kindle. They are simplifying the library check process, allow you to wirelessly purchase ebooks from more than one source (both I would like to know about in detail), and are partnering up with Pottermore.

Many people think Sony is a Japanese company. It’s not. At the moment they have no plan to sell the new ereaders in Japan. Instead they sell them in Europe. Why is this? I really want to know Sony’s perspective on epublishing in Japan. As a Japanese I am very frustrated.

It seems Japan is not ready for non-keitai ebooks yet.

I think many buyers in Europe are confused by all the available bookstores, and will be happy to shop in the official Sony one, even if it’s not as good. Also, making purchases work from the device for all the different stores would probably be a nightmare.

I’m not confused at all. As I only have a few Dutch stores and Amazon where I can buy books. But Sony claims that you can buy books from our main Dutch ebookstore as well. So, I think it’s less of a nightmare than you think. (there won’t be a Dutch Sony ebookstore…)

1- The european focus strikes me as something of a Hail Mary play.
On the plus side, they don’t have B&N to contend with for epub customers and the Sony brand still inspires loyalty ’round those parts, unlike NorthAm, where Sony is mostly a punching bag. ) Also, euro buyers aren’t (yet) objecting to the higher price they pay. On the minus side, Kobo is already establishing itself in europe and, for format agnostic buyers, Amazon is there in force with a year’s headstart. Plus the european markets outside the UK are still stuck in hobbyist/enthusiast-dominated mode, which is a double-edged sword; the nascent nature of the market gives then a shot at growing with those markets when mainstreaming finally begins, but there is no guarantee euro-mainstreaming will come soon enough to do Sony any good in matching the supplier clout and economies of scale of the big three ebookstore readers.

2- They’re fighting last year’s war.
A year ago Sony haughtily pronounced they were not interested in a "race to the bottom" and that they intended to compete on "quality". How’d that work out? Well, their unique 7″ model is history and so is pocketable 5-incher (ceding that market to the PB360) and the "quality-build" metal casing is but a fondly remembered memory. Today they’re doing battle with one 6″ plastic case wifi reader in multiple colors (like Kobo) that matches last year’s Nook price and Android underpinings, if not this year’s. And if their dedicated ebookstore shows little improvement, they do feature a browser that lets you directly download library ebooks and drm-free ebooks from Google and other websites, no PC needed, more or less like Kindles do. All in all, this is progress. They’re still in the fight for number 3 in NorthAm, albeit barely.

3- Being an evil person, I can’t help wondering: if Sony found a way to sell WiFi and IR-touch enabled readers for $149, does this mean that leaner-and-meaner Amazon can sell a (non-deal) K4 for $99? If they choose to. 😉

Expanding their ebookstore into europe surely can’t hurt but I’m not sure it’ll be much help in closing the volume gap between the NorthAm giants and Sony. The switch from last year’s "premium" strategy to this year’s "me-too" T1 suggests they didn’t make up much if any ground on the industry leaders and that Sony global volumes are closer to Hanvon and Pocketbook than even B&N’s single-market scale, much less Amazon’s global scope.

The Sony Reader "line" is starting to look a lot like their Walkman, cellphone, and TV lines; a lot of brand effort and very little sales with even less profit to show for it.

Nonetheless, they’re still in the game.
That counts for something.

If you don’t already own a (Sony) eReader the T1 might be a good buy. Now it has WLAN and it’s cheaper than ever before. On the other side i already own a PRS-650 and for me there’s no point in switching to the T1.

WLAN – it’s nice but didn’t missed it yet.
Cheaper – yes, but i already bought the more expensive PRS-650 (so what).

@igorsk: Agree with Sweetpea — Choice of bookstore is a good thing! Conversely, any tie-in to a specific bookstore makes any e-book reader a fail for me: you shouldn’t be forced to buy a book at a specific place. Are you confused when you have to go out and find a p-bookstore? It’s just the same, except it’s even easier since you don’t have to run around and you have access to a lot more bookstores (except for geographical restrictions, grrr). (And in-reader purchasing shouldn’t be a problem if the PRS-T1 includes a web browser — and there’s always USB as a last resort.)

[…] 2nd, 2011 by Nate Hoffelder · No Comments · digital library // Earlier this week Sony officially launched their latest ebook reader, the PRS-T1, and I’m sure you’ve read about it. (It’s that boring looking Sony […]

[…] the Great · No Comments · hardware newsIt’s been just over 3 months since the Sony Reader Wifi shipped, and today it got an update. This is the second update for this ereader, and thanks to my […]

[…] Remember back when the Sony Reader Wifi launched, and how the first bunch of units were supposed to come with a coupon for a free Harry potter […]

[…] today that Sony has sold 500 thousand of their newest ereader since they launched it back in August of 2011.  That’s rather thin sales, considering the fact that the EU  alone has over 500 million […]