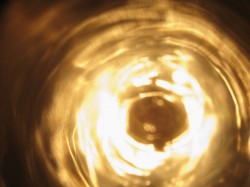 A couple days ago the US State Department published details for a new contract that they’d just signed with Amazon to provide and support the use of thousands of Kindles in embassies around the world.

Update: The source who originally reported on the contract has retracted it. This was an offer to accept a bid from Amazon, not a contract. That means much of this post is bunk.

I had a little bit of fun with it at the time, but that contract actually contains a couple nuggets of useful information. One is an earth-shattering kaboom on the ereader market (platform is everything), but the other was more of a technical footnote which confirmed past rumors.

I’m planning to cover the earth shattering kaboom later (it confirms something I’d already said) because the technical footnote is itself worthy of a post.

A couple months back John Biggs of TechCrunch reported that he’d been in the same room with Amazon’s new Kindle prototype. He couldn’t give much information, but it was clear that the device had a light built into the front of the 6″ screen. This rumor was debated endlessly but never disbelieved; it made too much sense, as we saw with the later launch of the Nook Glow.

And now we know that the US gov’t is planning to buy some of those new Kindles. Buried in the contract details was this one important line:

Interesting, no? One reader noticed it, and he thinks this means someone in the government has already seen the new Kindle. I agree. What’s more, this little bit of info helps explain the mention of the video and audio abilities. The new Kindle might also be getting a software upgrade which would add this ability.

Anyone care to guess when we’ll see the new Kindle on the open market? Right now I’m pinning my hopes on an August launch, but it could be later this year.

It’s already been done with hacks, so clearly it’s not impossible.

I still think it doubtful.

Actually, I think it’s more than just a software tweak; I think there is a new generation screen.
Pearl has been around long enough so it behooves eink to release a new generation screen.
Even if it is just a minor hardware tweak–just enough to rebrand Pearl as something new.
That’s my story and I’m sticking with it: Kindle 6 with Pearl+.
Announced in July for August shipment.
Just in time for back to school…

Would be great but all the reports are LG’s yields are still too low for even a mid-range player, much less the volume leader.

good news (for my wallet).