Books ebookstore was previously expected to launch in time for Christmas but it doesn’t look like that is going to happen.

New reports are saying that Blinkbox Books, which was expected to sell ebooks as a compliment to the subsidized Hudl tablet, won’t be launching next month. This much delayed ebookstore is now expected to open by March of 2014.

Tesco also revealed earlier this week that they have sold over 300,000 Hudl tablets since it launched in September, and according to CEO Philip Clarke the retailer was “struggling to keep up with demand". Clarke went on to say that the Tesco plans to release a second Hudl model next year. "The new model will be an enhanced version," said Clarke, adding that it will have a better camera and more storage.

The Hudl tablet, which is intended to be a budget-priced competitor to the Kindle Fire HD, was developed in partnership with the French tablet maker Archos. It runs runs Android 4.2.2 on a quad-core 1.5GHz Rockchip CPU, and it comes with a microSD card slot, 16 GB of storage, and a high resolution 7″ screen (1440 x 900, same as on the Nook HD).

It retails for £119 in Tesco stores and on their website. That is a rather low price considering the specs, and it is subsidized by Tesco’s Blinkbox digital content stores 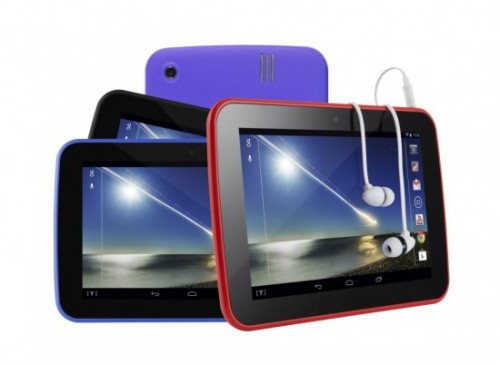 In the 2 months since it launched the Hudl tablet has garnered several favorable reviews, with PC Advisor calling it "the best cheap tablet of 2013". TechRadar gave it 4 out of 5 stars, and Engadget said that despite the Hudl’s shortcomings "this meager slate became our go-to piece of hardware for responding to emails and browsing Twitter".

Tesco expects sales of the original Hudl tablet to break 600,000 by the end of the holiday season.

Tesco bought rather than built their content store by acquiring the Blinkbox video service a couple years ago and then buying the We7 music service, which was renamed Blinkbox Music. Blinkbox Books is built on top of Mobcast, the white label ebookstore provider that Tesco bought in Fall 2012 for £4.5 million.

Amazon Rolls out an Update for the Original Kindle Paperwhite

Nate, are you going to try to buy one to review?

I don’t think it will be easy to get my hands on one. I’ll give it a shot.