The Russian gadget maker teXet apparently doesn’t buy the rumors of the death of the ereader. They have just announced a couple new ereaders, including a model with a 4.3″ screen.

The extremely pocketable TB-504 will be shipping soon with 4GB Flash storage, a microSD card slot, and a smartphone-sized "electronic ink"screen with a resolution of 600×800.

Like the Pyrus Mini, the world’s smallest ereader, the TB-504 uses a screen produced by Guangzhou OED Technologies, the Chinese company that has been accused of producing a knockoff screen.  This screen might be a fake, but I’m told it is also cheaper. And based on my experiences, the general quality of the screen is just as good as the real thing. 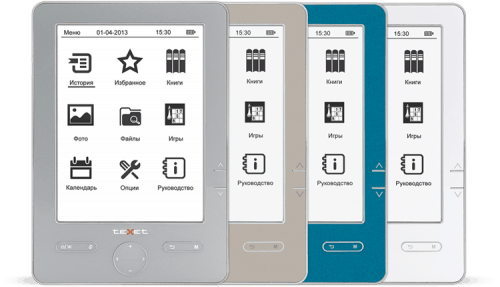 The TB-504 will ship with much the same specs as the Pyrus Mini. It won’t have sound or Wifi, but it will support Epub, PDF, Mobi, FB2, DJVU, CHM, and PDB ebook formats as well as common office formats including RTF, TXT, and Doc. The reading features will be similarly limited to TOC support, bookmarks, file management, screen rotation, and automatic page turns. 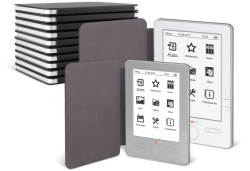 But let’s skip over the larger ereader; the smaller device is much more interesting. Depending on how you count them, the TB-504 is the 5th or the 6th ereader to use a screen from Guangzhou OED Technologies.

When you consider that E-ink claims that these screens infringe on E-ink’s patents, it is more than a little surprising that one company after another continues to release new ereaders with this screen.That is why I have my doubts that Guangzhou OED Technologies has violated any of E-ink’s patents.