The Schrodinger’s Cat of Rumors: The New iPad Mini Will/Won’t be Out in October

It looks like there might have been some infighting between Digitimes' Magic 8 Ball and their Ouija  Board this week, because the tech publication has published contradictory rumors.

It seems the new iPad Mini is the Schrodinger’s Cat of tablets; it both will and won’t be coming out this Fall with a new Retina Display.

Earlier this week Digitimes reported that the new iPad Mini, the one with the Retina Display that should have been original tablet, was likely going to be delayed until next Spring. Unnamed sources claimed that the new screen wouldn’t ready to go into production until the 4th quarter, thus pushing back the release date by at least another 3 to 4 months.

Naturally that caused widespread dismay among those planning to buy the tablet, because a new rumor came out yesterday that set the record straight. (Yes that was a joke.) The latest gossip out of Taipei said that the screen for the new iPad was on its way and that the Retina display for the iPad Mini wasn’t actually delayed after all:

The sources also added that LG is reportedly making new headway in producing Retina panel technology for use in the next-generation iPad mini, and expects to ship about 2-3 million units a month in preparation for Apple’s expected October release date.

I didn’t think the rumor earlier this week was worth commenting upon, but now that Digitimes is arguing with itself I think the story is worth covering (it’s also more fun).

Would you be surprised if I said that I tend to believe the second rumor? 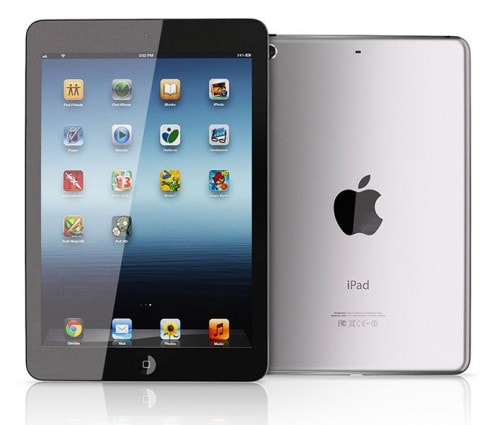 I find it more plausible because I think Apple was responsible for it getting out. Assuming Apple really is planning to release a new iPad Mini this Fall, they would not be happy if the first rumor had convinced consumers to give up on waiting for a new iPad Mini and instead get a different tablet.

That might result in weak sales for the new iPM, so naturally Apple would want to leak a new rumor with new info.