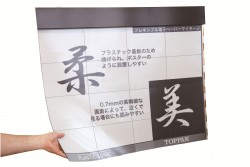 PlasticLogic announced today that they have found a second customer who plans to manufacture signs based on PL’s epaper screen tech.

The new sign measures 42″ diagonally and consists of 16 of PlasticLogic’s 10.7″ screens arranged in a a 4×4 grid. The screens have a resolution of 150ppi, giving this sign a sharpness approaching that of traditionally printed signs.

Toppan Printing Co, one of the leading Japanese companies in printing, ink, and related technologies, is going to be showing off the new digital sign at the RetailTech Japan trade show later this week. 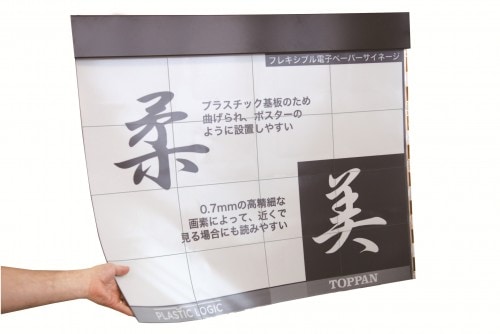 This product is new to me, but I do know something about Toppan’s past digital signage products. The general manager of Toppan’s business marketing dept gave a presentation at FlexTech 2013 and he covered the signage in some detail. I was in Phoenix, AZ, in late January to attend FlexTech 2013 and luckily for you I have a copy of the slides.

Toppan developed a modular sign concept that is based on assembling a grid of E-ink screen segments. The segments can be used to build a sign which is sized to fit the available space. The resolution is not nearly as high as on the ereader screen you are used to, and in fact the pixels measure 4mm on a side. But that’s okay because the signs are intended to be as visible from across the room as they would be at arm’s length.

Here’s one sign that was installed in a Japanese rail station in 2004. If you look closely you can see the individual components that make up the sign.

Toppan’s latest E-ink screen segment measures about 7.6″ by 15.1″. It’s still based on the 4mm pixel, giving this sign a resolution of 6ppi, and it can be assembled into larger screens by arranging the segments in rows and columns.

Here’s one of the new screen segments (on the left), showing both the front and the back: 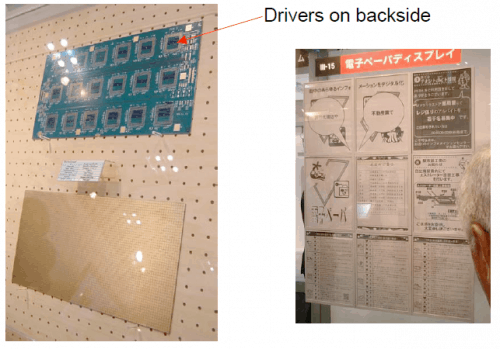 The sign on the right is a prototype (developed by Hitachi) that used the now defunct Bridgestone QR-LPD  epaper screens.

Getting back to PlasticLogic, there is no news concerning when or if Toppan will release a signage product based on the PlasticLogic screen. But the current screen segment is available now in Japan and has been used to create signs that have been installed in malls, subway stations, and other public areas. It has also seen some use in trade show signs.

National Geographic on the Kindle is an overpriced lifeless shell 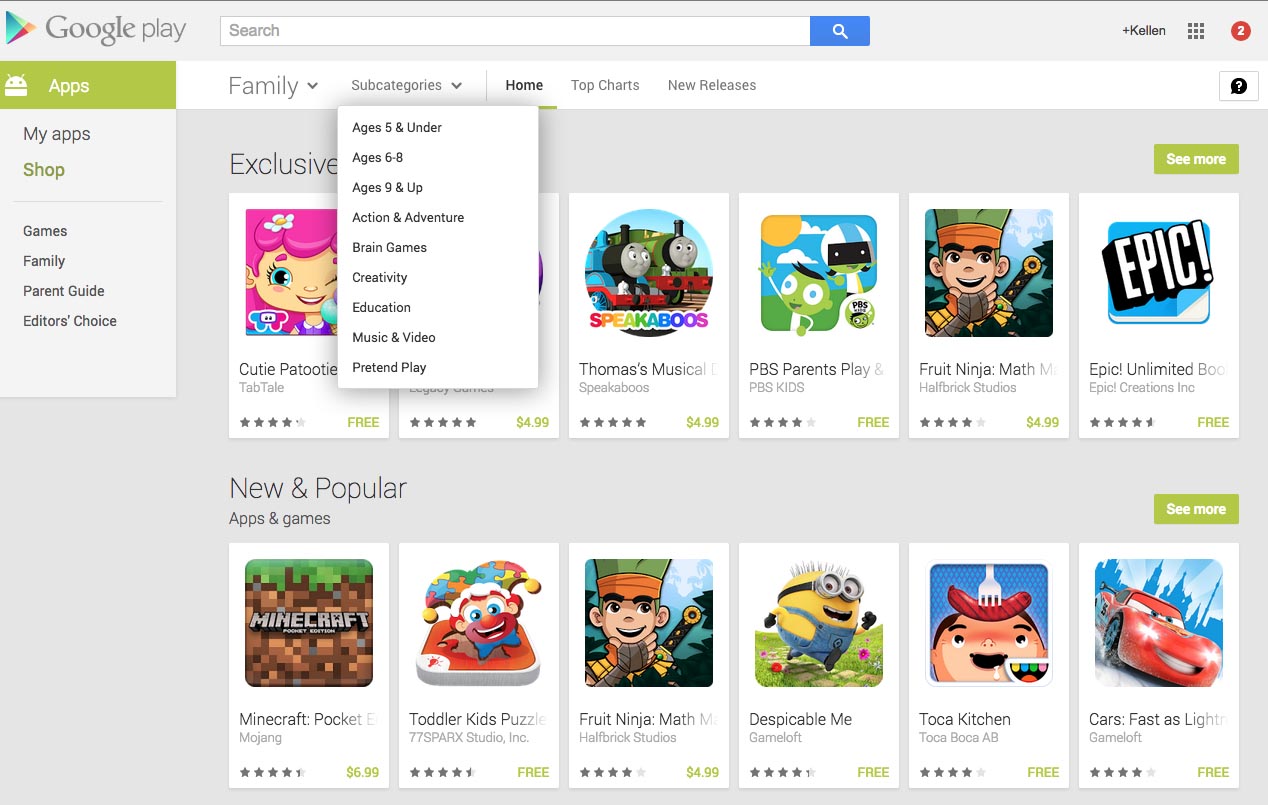 […] Printing Co, which I have mentioned before, has been producing for the past decade a modular sign product similar to the eWall shown above. I […]

[…] They've also built prototypes which used other screen sizes, including Bridgestone's now discontinued QR-LPD screen and a 42" proof of concept sign based on Plastic Logic displays: […]