Google is planning to ship its project Ara modular smartphones in Puerto Rico later this year, and now it looks like Toshiba is going to have a camera module ready for those lucky consumers.

Toshiba is working on two camera modules for Project Ara, and they recently posted a video which shows that they’ve successfully built a 5MP camera module for Google smartphone. (No word yet on the 13MP module.) 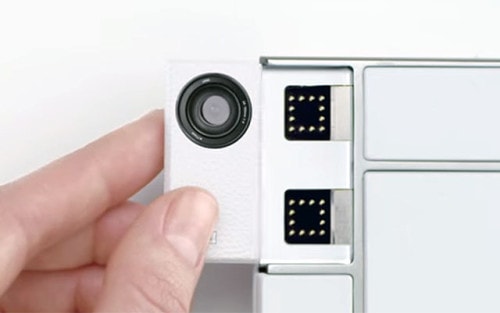 The module packs a decent-quality 5MP camera sensor into a space the size of a thumb drive. There’s no flash, unfortunately, but that was probably left out in order to remove one more complication.

Coincidentally, Toshiba has started a special website for its Project Ara contributions where they’ve revealed that they’re working on a number of modules, including a display, Wifi, a front-facing camera+media module, TransferJet (an NFC alternative), and more.

We don’t know yet just how  many of the modules will be ready in time for the launch later this year, but we do know that Toshiba has ambitious goals for Project Ara.

While Google sees this as a possible $50  smartphone, Toshiba is looking at the many opportunities created when you can plug in and remove modules from a smartphone at will.

Open Question: What Should I Write About?

Here you can see one significant problem since high MP camera modules ( in this context module being the little cube that goes in the phone not the Ara module) are 6mm thick or even slightly more.. The source lists this module at 6.4mm thick and the 13Mp at 7.1 mm, No clue how thick the front part is but it seems it gets bulky.

The camera is going to stick out and that will be a problem, yes. The back of the Ara could get rather bumpy as consumers add bulky modules; do you think that will affect whether the modules will stay properly seated?

Was thinking about ergonomics and looks and how part of the press will react (the children crying about Samsung’s lack of metal covers and Apple’s slightly sticking cam) and that Google needs to find a solution for the problem.
No idea really how easy it is to slide the modules out but don’t think it will be a problem and if it is,it’s fixable.