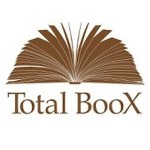 National Library Week, Total Boox announced today that their “pay-as-you-read” metered ebook platform will be completely free next week to all users.

This Israeli startup offers a catalog of over 20,000 titles from a wide variety of publishers, and next week anyone with an Android or Kindle Fire tablet, iPhone, or iPad, in the United States and around the world can download and read any of the ebooks for free.

Total Boox is making this bold move in order to help public librarians everywhere introduce their patrons to ebooks and to encourage those who already read ebooks to explore the cornucopia of titles available on the Total Boox platform.

"Libraries and reading are inseparable, so it seems fitting to celebrate libraries by inviting people to read," said Yoav Lorch, Founder and CEO of Total Boox. "Public libraries continue to face many challenges with ebooks. Let’s take our minds off the issues during National Library Week and shift the focus back on reading. We are thrilled to help libraries promote reading in their communities."

When Total Boox isn’t free, it is a service that charges readers based on the pages they access. eBooks cost nothing to download, and readers are only charged for the portion of the book that they read. Any pages accessed become part of the reader’s personal library, and if a reader finishes an ebook they will be able to access it later.

Total Boox offers a catalog of more than 20,000 fiction and nonfiction titles from  some of the world’s premier publishers, including O’Reilly, FW Media, Sourcebooks, Other Press, Elsevier, Red Wheel Weiser, Berrett-Koehler, Open-Road, and many more.

Total Boox initially launched to provide this service to consumers and students (hence the technical publishers), but late in 2013 they started pursuing partnerships with libraries. After a Fall 2013 pilot at the Westchester Library System, Total Boox announced in January that the program was available to all interested libraries.

New Review: Nook HD+ is the Best Large Budget Tablet – Assuming You Plan to Hack it

[…] subscription service Total Boox, for example, is providing ebooks to American libraries. Both the Latin American ebook retailer BajalLibros and the German operator ‘txtr have dedicated […]