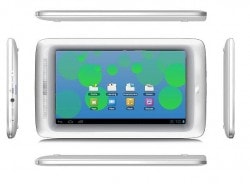 The toy retailer announced today that they are getting into the budget tablet market, with their first tablet being a rather unimpressive and overpriced device from Archos, the French tablet maker.

I have been watching cheap tablet come and go for a couple years now, and it never ceases to amaze me when a company jumps into the market with a second rate device.

At first glance this isn’t a bad tablet, but that’s mainly because Toys-r-Us was careful to leave out the important details. The Tabeo is going to have a 1GHz CPU, a 7″ capacitive touchscreen, Wifi, a measly 4GB of Flash storage, microSD card slot, and according to the product listing it will also have a front facing camera of unknown resolution.

It doesn’t have Android Market, but it does ship with the Tabeo Store which reportedly has 6 thousand Android apps. It’s shipping on the first of October with a retail of $149.

The product listing is actually rather thin on details, but that’s not such a big deal given that I recognize this tablet.  This is a rebranded Archos Arnova 7d G3.

Update: Apparently this is also the Archos ChildPad, only with $20 added to the price. This one device has more named attached to it than the average pro wrestler, and it’s still not worth getting. 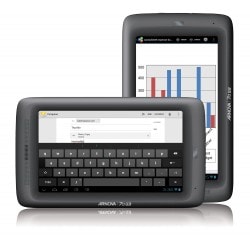 Most tablet makers who design their own products have a signature style, and Archos is no exception. It took me a few minutes, but I have identified the Tabeo as an Archos Arnova 7d G3. I have not put my hands on this tablet but I do have the spec page and that tells me a lot more than ToysrUs is willing to share.

For example, the screen resolution is 800×480, which is incredibly low for a $150 tablet (the Kindle Fire has a 1280×600 screen). This tablet has speakers and a mike, and that should enable (with luck) video conferencing. Of course, this is a cheap tablet so the camera is likely junk, but that has not yet been confirmed.

The product listing for the Arnova 7d G3 also confirms that this tablet runs Android 4.0 on a single core 1GHz CPU.  While that is not bad for a sub-$100 tablet, the Tabeo costs $150 and frankly ToysrUs should be embarrassed to offer so little for so much.

After just a few minutes reading the product listing, I can categorically say that there are better values on the market. Many of the sub$100 budget Android tablets have similar abilities and cost less, while the Kindle Fire offers performance that will be twice as good and costs only $10 more than the Tabeo. In particular, a lot of buyers like the Polaroid tablets. They have much the same screen and CPU plus they can be hacked to install Android Market.

Folks, if you really want to get your kid a tablet I’d go for either a much cheaper tablet or the $159 Kindle Fire. In fact, the KF looks to be a better kids tablet than the Tabeo because the KF will also soon offer parental controls.  Parents will be able to choose how much access kids have to games, videos, and the web, and the KF will cut off access based on rules set by the parent. 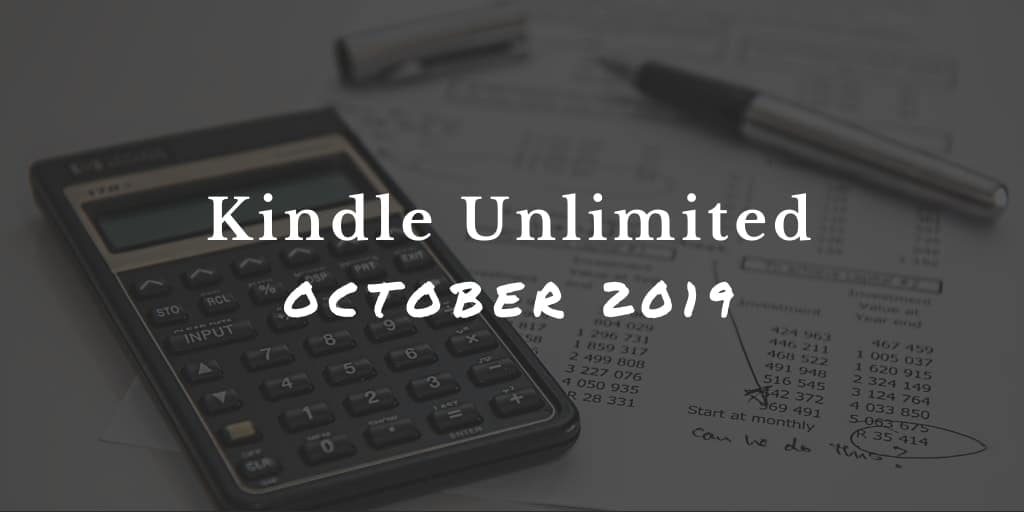 A kid needs a rear camera for taking pictures.

You’re right. It would make the tablet more useful for documenting the stuff in front of the kid. Sadly, no one makes that kind of tablet (with just the back camera) but it is a good idea.

Here’s the other way to figure out that it’s an Archos tablet:

2) Roll over the product image all the way to the lower right-hand corner, or click on the "Larger Image" link, and you’ll see a little box labeled "Archos Confidential".

That’s right–they didn’t even bother to Photoshop the image to take out the Archos drawing information.

That was my first clue, yes, and I laughed when I saw it. But I also wanted to identify the model.

BTW, isn’t the Arnova line Archos' badge-engineered tablets? As opposed to the ones that are in-house designs and just carry the Archos name…?
(They still do some in-house, right?)

Some of the Arnova are still designed in house, I’m told.

So what is the best tablet for younger kids? I have a 7 and a 5 year old and I was thinking of getting them both Nexus 7s for Christmas. Love to hear what other people think!

Once Amazon updates it to include parental controls the Kindle Fire will be good. Or you could go super cheap and get a $100 7″ tablet. I like the ones from Polaroid, myself.

can you recommend a kid friendly tablet for a 5 year old? Im looking for educational use……

That’s not an area with which I am familiar.