As anyone who follows smartphone news can tell you, Xiaomi is one of the largest Android device makers in the world. It’s strongest in China, both in terms of hardware sales and content deals (video, music, ebook, apps) with media companies, but that is slowly beginning to change.

The Boston-based ebook distribution and discovery startup Trajectory has inked deals with Macmillan, MIT Press, and Gardners Books to distribute their ebooks to Xiaomi’s ebookstore.

According to IDC estimates, Xiaomi produced approximately 36 million phones in the second half of 2014. They didn’t make the top 5 smartphone makers for the year, so I don’t have specifics on their total annual production, but I do know that Xiaomi’s sales are growing by leaps and bounds. 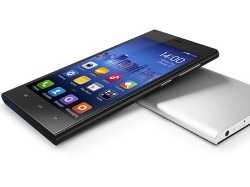 Xiaomi uses a business model akin to Amazon’s designs on the Fire tablets and Kindle ereaders. Both companies sell the hardware relatively cheaply and try to make their profit on content sales.

And that makes Xiaomi especially interested in selling more ebooks.

In addition to distributing the ebooks, Trajectory will also be taking on the responsibility of running these publishers' English language ebooks through Trajectory’s Natural Language Processing Engine to generate keywords to help Chinese readers better identify and locate books of interest.

Trajectory got a lot of press earlier this year for its book discovery engine, and its current contracts with Macmillan, MIT Press, and Gardners Books (as well as last month’s contract to bring Tencent Literature’s Chinese language ebooks to the US) are directly related to that work.

Like the much more public and showy Booklamp (now an Apple sub), Trajectory uses natural language processing algorithms to Intuit new meaning from the texts.

According to Trajectory CEO James Bryant, the company will "receive Macmillan’s catalog, and we’ll process it through the NLP algorithmic analysis to generate enhanced metadata." The new metadata will include keywords in English, Chinese, and other languages.

The ebooks will then be passed on to Xiaomi and to other retailers selected by the respective publishers. The deal with MIT Press, for example, will cover Xiaomi and the Chinese market, but that is just the beginning. According to Bryant, the MIT Press contract involves more international markets involved than just China.

Bryant was also intrigued by the partnership with the UK distributor Gardner Books. "The conversation with Gardners is really unique," he said, "because it potentially adds hundreds of thousands of titles to the mix."

Xiaomi said they sold 61.12 mil smartphones in 2014.
But they seem to be done with good prices ,they lost their identity and now they are trying to make more money while spamming with hardware ecosystem partners (a Segway like device should arrive in 2 days). They had a rather poor Q4 and chances are Q1 was poor too, their growth is slowing since they don’t have much on the exciting side now- not even the rather sexist Note Pink Edition for women (or Barbie) lol.

Oh, was that 61 million from Xiaomi? Thanks, I missed that detail.

Given that most of Xiaomi’s 2014 sales came from the second half of the year, I would not assume that they have peaked.

They haven’t peaked but they seem to have changed strategy and it will show in sales.
Q4 was 16-17 mil units( depending on source, IDC is usually bellow the numbers Xiaomi provides) , Q1 was likely down a couple of mil and they are less competitive overall. Redmi 2 was a minor upgrade and disappointing, there are better deals out there , Redmi Note is way outdated and there are much better deals. Mi Note is slightly overpriced , the curved glass back appears to be causing production problems (they even added a bamboo back version to have something to sell) and the Mi Note Pro (or Plus w/e is the name) is hugely overpriced and yet to actually hit retail.
Q2 will be a bit better on the Redmi 2A but mostly because they sold it cheaper at launch (april 8 at 499CNY – 80$), without that price cut ,it’s not much of a deal at 599CNY. They are rumored to be launching a budget version of the Mi4 in 10 days but that one smells like it will be priced too high.
Last year they set the standard at 999CNY (about 160$) with the Redmi Note and everybody had to follow, this year they don’t have anything to boost sales in a big way and the competition is launching a lot of new models now.
If they don’t launch something exciting,their growth in China might be negative. They can grow in other markets but they seem to have somewhat paused their international expansion to focus on India.
They publicly target 100 mil units this year ,they should have targeted 120 IMO but even 100 might be hard to get to if they don’t launch something better. As it is now they could end up at 80-85 only. I expect Huawei to beat them this year again,maybe even Lenovo but Lenovo had a poor to very poor Q1 and Moto might get in trouble because of recent currency fluctuations so Lenovo will have to work to finish 4th or even 3rd.
Since i’m pretty much offtopic anyway, fun fact: they announced this weekend that they sold 4 million bands since the july 22 launch.