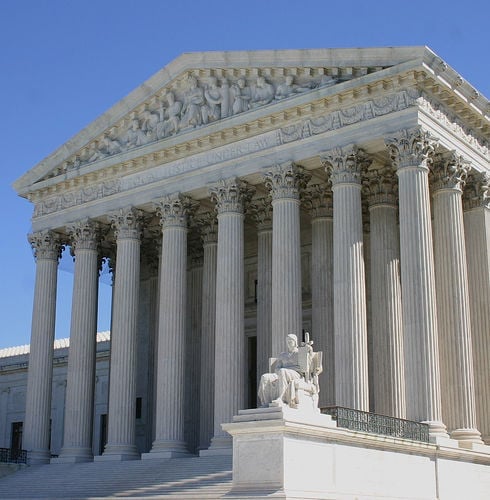 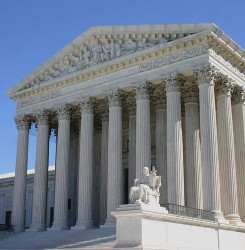 The US Supreme Court has just released their ruling on the copyright infringement case Kirtsaeng v. Wiley, and it is everything I had hoped. The US SC has ruled that you do have the legal right to resell legally purchased content that was produced outside the US.

Today’s decision is the conclusion of a 5 year old case of so-called copyright infringement that clearly never was.

Back in 2008 the technical publisher John Wiley filed suit against Supap Kirtsaeng, a foreign exchange student studying in the US. Mr. Kirtsaeng had built a small arbitrage business out of having his relatives in his native Thailand buy the cheaper foreign edition college textbooks and then ship them to Kirtsaeng here in the US, where he would then sell the textbooks to cash-strapped students.

Publishers aren’t too happy about having to compete against their own products, so Wiley filed suit in 2008 and claimed copyright infringement. After a couple rounds of argument, ruling, and appeal, this case ended up in the US Court of Appeals for the Second Circuit where a 3 judge panel decided that Wiley was correct in claiming that Kirtsaeng did not have any right to sell the textbooks (ruling). Their decision was based on the belief that since the textbooks had been made outside the US the legal principle of First Sale Doctrine did not apply.

The US Supreme Court disagreed, and today they made it clear that the  First Sale Doctrine applies to all legally purchased content, no matter where it was originally produced or sold. This is very good news for everyone but the publishers.

As I reported when I covered this story back in January, the worst case scenario was dire. Had the decision gone the other way way, it would have killed the resale market:

You can find the complete ruling here. 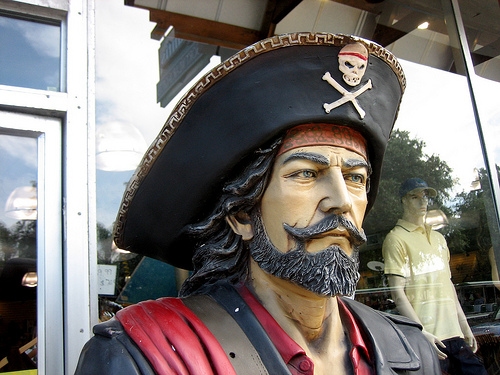 Ok now all we need is a person who legally purchased anything DRMed using a button marked "buy" who is now being denied access to said content for some reason.

The use of the word "buy" is important since it has legal connotations implying transfer of ownership that are distinct from borrowing, leasing, or licensing. The fact that the button says "buy", irrespective of any underlying licensing agreements, opens up a first sale argument for all DRM being invalid unless the purchasing mechanism used wording AT THE POINT OF SALE (aka the purchase page) that differentiated it from more temporary legal agreements. Most sites use "buy" to trick customers into thinking they are buying the product instead of a license to view/listen/use the product, but the fact that they do not explicitly SAY this at each and every opportunity means that legally the implication of the relationship between the word "buy" and the image and/or description of the product is that you are buying the product. We just need the Supreme Court to confirm this.

If I sued I would also point out that the Kindle price is compared to the paper price. Arguably that suggests that I could believe I have the same rights and privileges over each type of content.

Unfortunately law doesn’t run on belief. We can point o the use of "Buy" as giving the legal impression (due to the legal implications of the word, not your internal beliefs) that you have the same rights. We could also point to the false dichotomy that somehow printing out text and selling it afterward changes the rights of the individuals and corporations involved with a book. The price, however, has no legally arguable bearing.

Perhaps I wasn’t clear. I was thinking of making the argument similar to the buy button argument. Because Amazon shows both the Kindle price and the paper price, they make it appear that your rights over digital and paper are the same.

Actually that is a good point. By presenting them in parallel like that, they are implying equivalence. At the very least a false advertizing claim could be made due this. Even forcing them to distinctly label the ebook as "lease" or "license" would be a major victory, since the general public would get up in arms over the "sudden change" and how they "don’t own things they get from Amazon all of a sudden" because they would be blatantly shown the dichotomy. Of course this wouldn’t change anything in terms of what actually goes on, but having it visible to the general public would create the reaction needed to get a discussion about fixing it going.

A large number of people just aren’t even aware of what DRM means until they get hit with it and do the research. Forcing it to be prominently displayed will get everyone involved, not just those who have been hurt already or who are tech savy.

We can’t actually win much in a lawsuit against an ebookstore; they can’t give us what we want (ownership rights). But a lawsuit would at least force them to be honest about what they are selling.

There is a large scale general dichotomy in the entire US legal system (and in general globally) that treat IDENTICAL content differently depending on form. A song is a song whether it is stamped into a CD or recorded on a hard disk, but the law treats it differently. A book is a book, whether printed out or in the flash memory of an e-reader, but the law treats it differently. Mail is mail whether it is a letter sent via the post office or an email sent via google, but the rights and protections guaranteed by law are different.

What needs to happen is that the law, in general and inclusively, needs to recognize that things are what they are, no matter what form they are in. Changing the form of something from physical to digital does not change the rights and responsibilities that go with whatever that thing is. It may be easier to illegally reproduce or access something in digital form than physical, but that does not change what it is, or require or recommend that the change in form should cause a change in rights. Copying is already illegal and first sale is already legal. Changing from physical to digital should not entail a legal variance. A book is a book, mail is mail, music is music, etc, and what one can do or not do with those things in one form, they should be able to in any and all current and future forms.

while i agree that consumers should have the same rights regardless of the "form" (i.e. media) they bought a copy of a work in, the law will probably never work that way.

in some (very relevant) cases you wouldn’t even want it to: on the internet, there’s a huge difference between hosting an mp3, downloading an mp3, and transmitting a song over the radio. what the law says determines how much you can be sued, why you’re being sued, and which level of authority is abused to squeeze you.

sometimes the differences are good… then again, i’d be happy to see an end of "intellectual property," both legally and conceptually.

but that’s just one more difference (so-called ip versus physical property rights) that’s on the side of the public. you can’t refute my argument, because the argument is my intellectual property, and i haven’t authorized such use of the idea. (you’d be trespassing on my ip! only joking, of course.)

Articels like this really grease the shafts of knowledge.

This is probably spam, but it is so bizarrely awesome that I let it though anyway.

Good on ya. Spam that strange, funny and ineffective deserves to be spared… and it really greases the shaft of my knowledge.

[…] egregious example was Kirtsaeng v. Wiley.  This case, which was decided by the Supreme Court in March 2013, began when the technical publisher John Wiley sued a student for copyright infringement over Wiley […]

The Latest Supreme Court Ruling On Kirtsaeng Hints at a Possible Expansion of Fair Use, | The Digital Reader July 6, 2016 um 4:13 pm

[…] the US Supreme Court ruled in favor of the defendant in Kirtsaeng v. Wiley in 2013, many people thought that upholding the first sale doctrine would […]

[…] case sounds familiar, you're not alone. The filing immediately reminded me of Kirtsaeng v Wiley, the landmark US Supreme Court ruling that said that legally produced textbooks could be imported with or without the approval of the […]